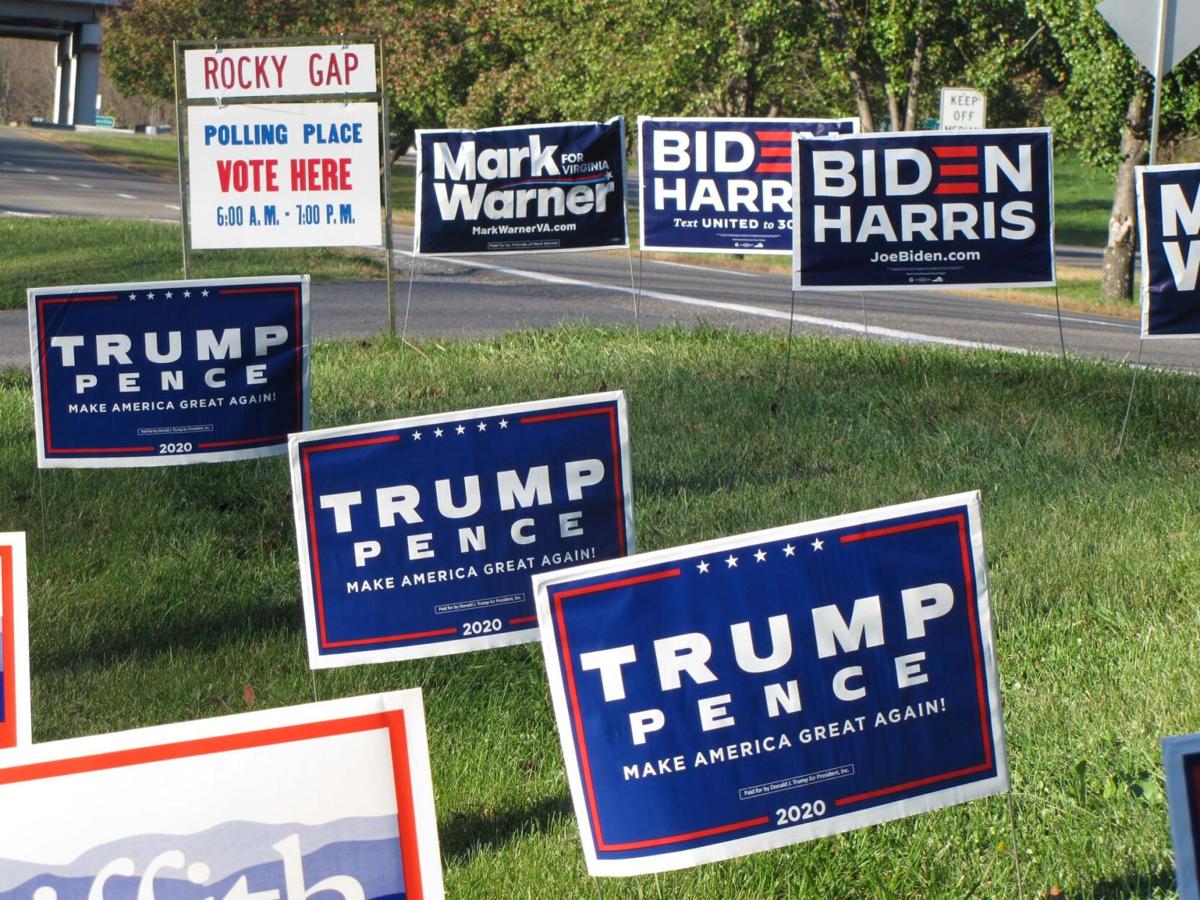 Campaign signs line the roadway in front of the Rocky Gap polling place on Tuesday morning. 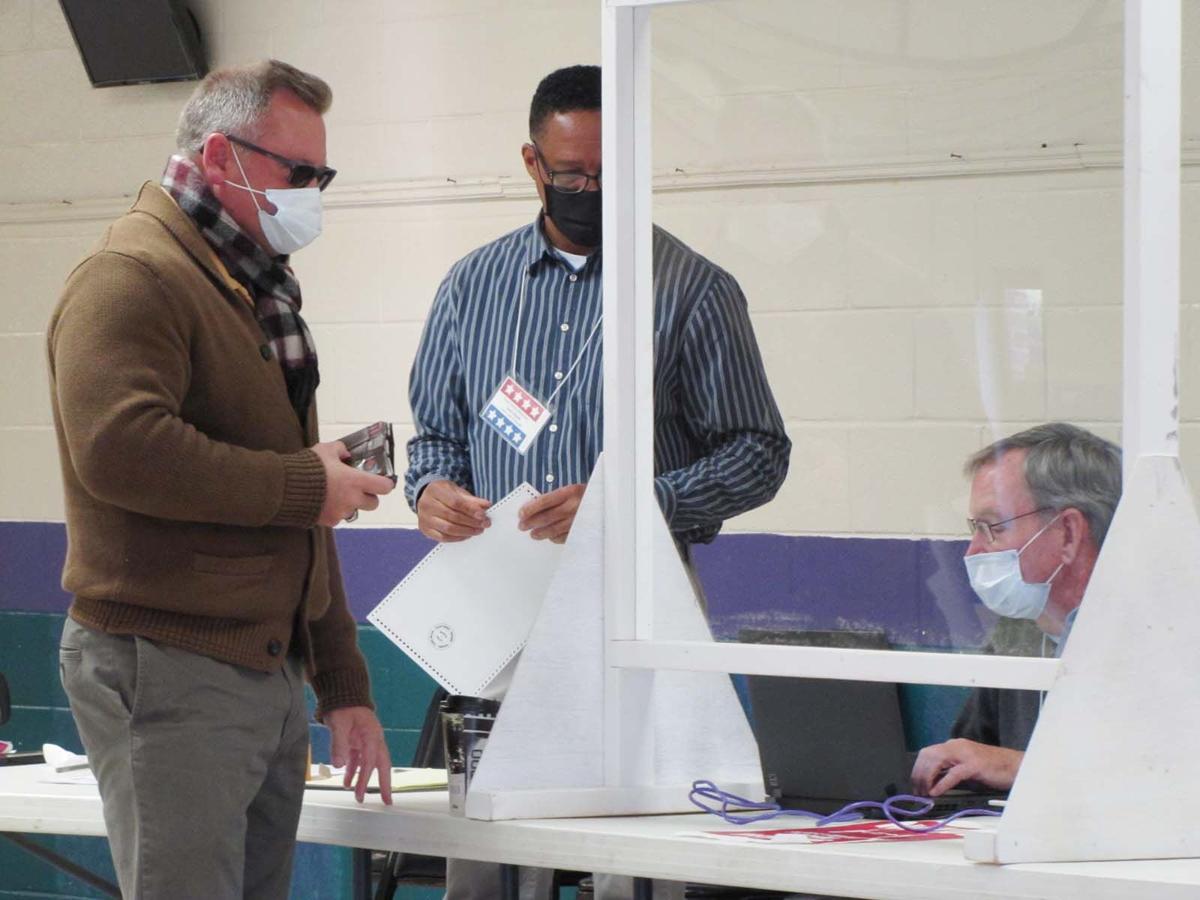 A voter gets a ballot on Tuesday morning at the East Wytheville Precinct.

Democratic challenger Joe Biden swept to a statewide win in Virginia off the strength of early voting, besting incumbent President Donald Trump by around 40,000 votes.

In Southwest Virginia, the numbers told a different story, following a script that played out around the rural portions of the state.

In the 9th Congressional District, Trump bested Biden by around 146,000 votes.

The Senate race shaped up largely the same way, with incumbent Democrat Mark Warner pulling out a 478,000-vote win over Republican challenger Daniel Gade. Gade largely piled up bigger numbers in the rural areas of the state.

Bland County voters backed the commission by 69%. Floyd voted for the amendment by a 67% margin. Smyth County’s backing was at 70%, and Tazewell favored it by 64%. Wythe County voted yes by the widest margin – 76%.

Bland supported the veteran change by 89%. Floyd backed it by 90%, the same amount as Smyth and Tazewell voters. Wythe County voters supported it by 93%.

Voters in Bristol, Danville, Norfolk and Portsmouth voted to approve casino plans in their cities. In Bristol, the casino got 5,547 yes votes to 2,221 no votes.

In addition to the statewide slate and the monument question, voters in Tazewell County towns decided mayoral and council races.

The three seats on Cedar Bluff council were filled by Brian Sword with 177 votes, Kenneth Shepard with 174 and Jerry Herron with 141.

In Richlands, 41 votes separated Paul Crawford and Jan White. Crawford retained his seat with 1,179 votes to White’s 1,138. There were 14 write-in votes cast in the mayoral contest.

Eight candidates fought for three seats on the Richlands Council. Mike Street pulled in the most votes, posting 1,371. Douglas Ratliff and Logan Plaster took the remaining seats with 890 votes and 840 votes, respectively.

Campaign signs line the roadway in front of the Rocky Gap polling place on Tuesday morning.

A voter gets a ballot on Tuesday morning at the East Wytheville Precinct. 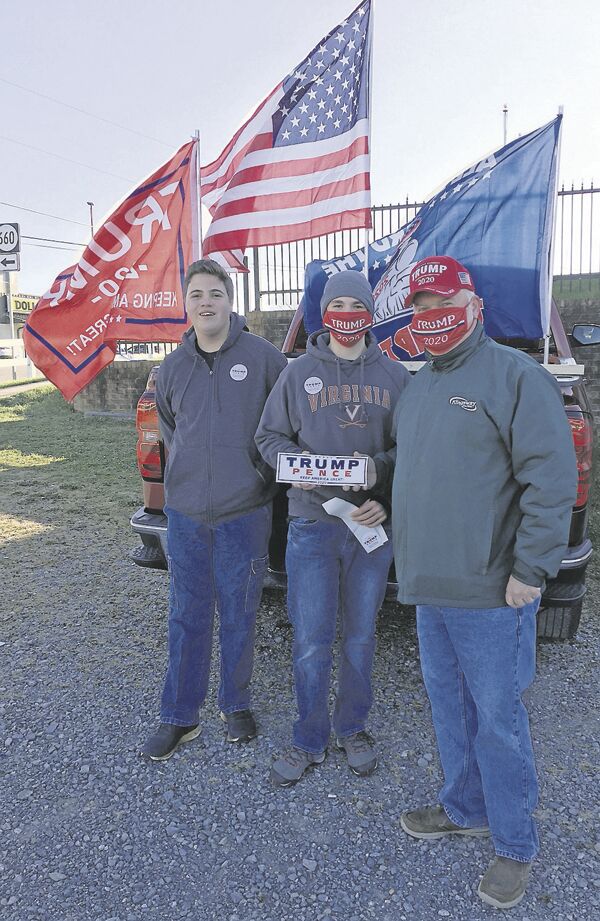 A group gathers outside a Smyth County polling location in support of President Donald Trump's re-election. 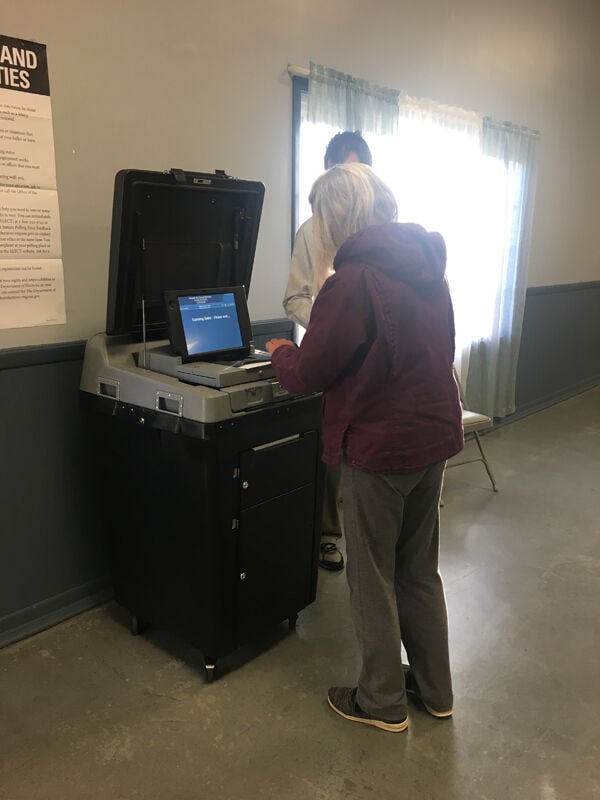