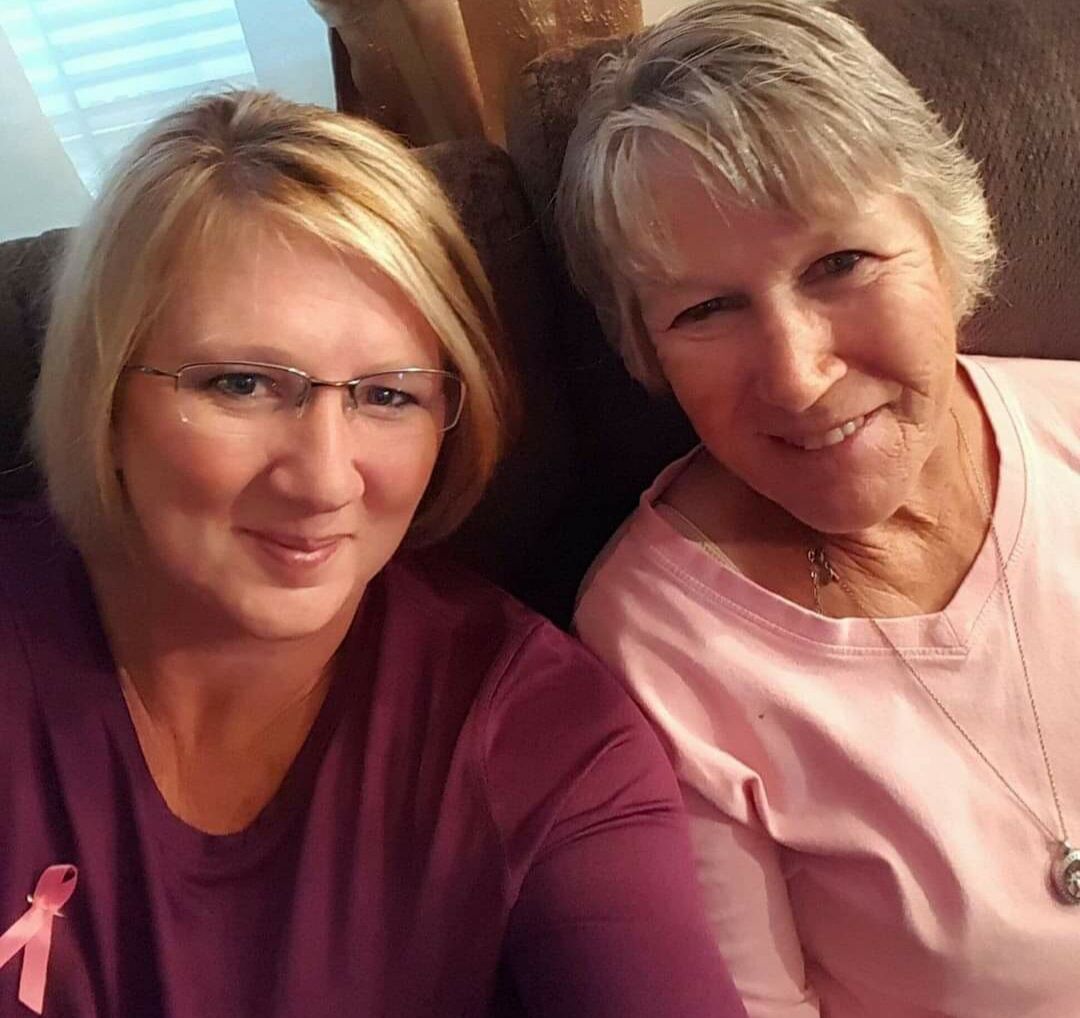 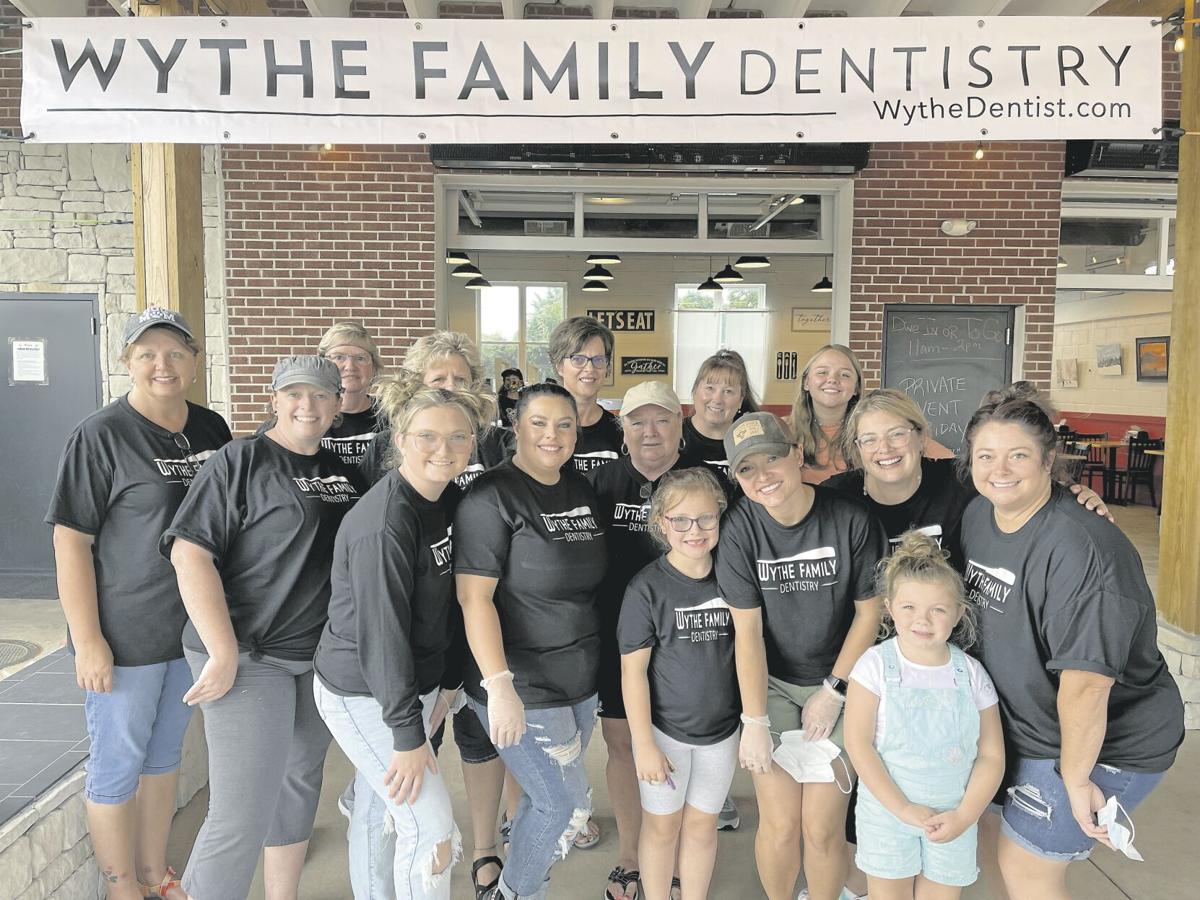 As part of its Relay for Life participation, the staff of Wythe Family Dentistry recently served up a meal for cancer survivors and their caretakers at Open Door Café. The staff also cooked a Relay for Life meal in 2019. There was no meal last year because of the Covid pandemic. 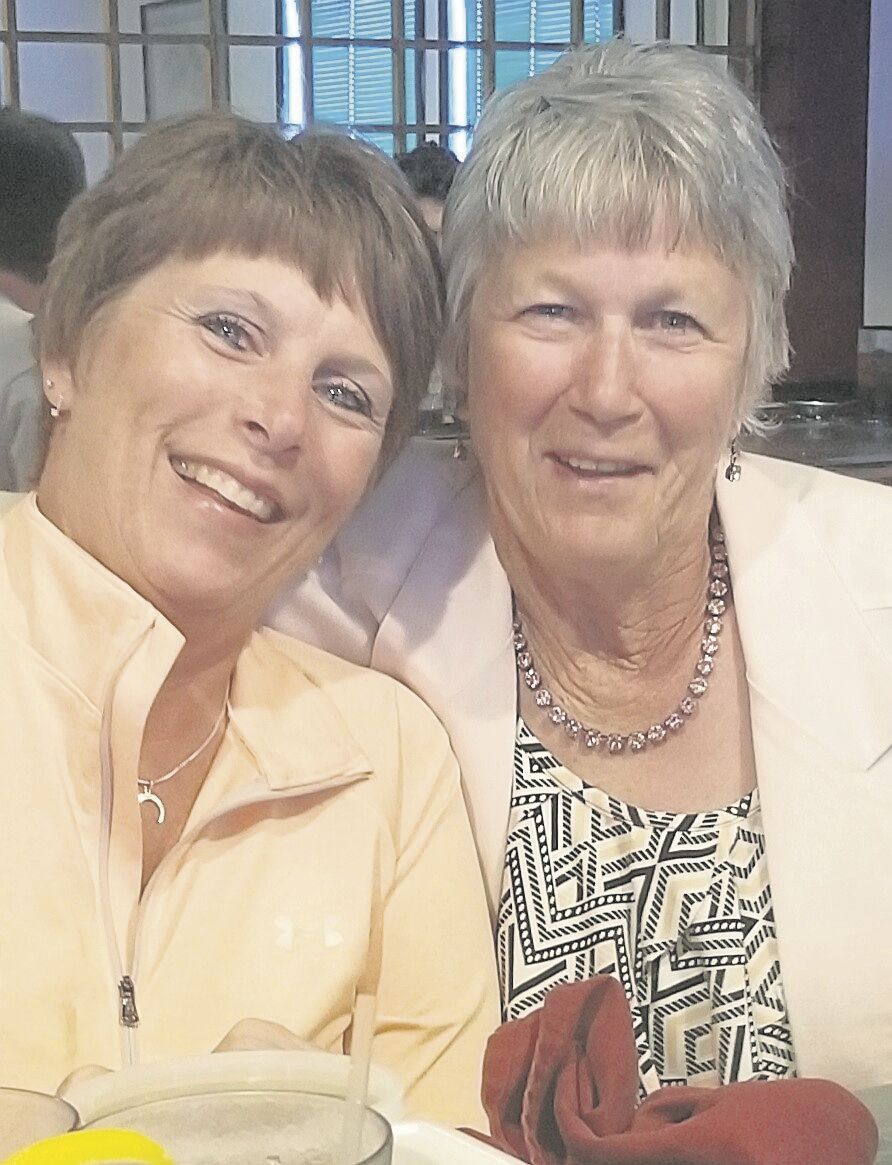 From left, Lisa Hodge with her mother, Pauline Gordon. Both women are cancer survivors.

As mother and daughter Pauline and Judy Gordon enjoyed their pork chops, green beans, mashed potatoes, salad, rolls and dessert at Open Door Café Friday evening, they couldn’t help but reflect on their family’s long walk with cancer. Pauline is a breast cancer survivor and her daughter helps care for her.

Family members have participated in Relay for Life events for eight years, ever since Pauline was diagnosed in 2013. Friday, they enjoyed dinner for cancer survivors and caregivers, prepared by the employees of Wythe Family Dentistry.

“I think the dinner is wonderful,” Judy Gordon said. “It’s a good thing for survivors. We’ve had a rough time of it.”

Years before Pauline was diagnosed, her other daughter, Lisa Hodge, suffered from Wilms tumor, a childhood cancer that starts in the kidneys. Hodge was 2 years old when she was diagnosed. She had her right kidney removed and had radiation that affected her spine. Although cured of Wilms tumor, she said she still suffers from spinal problems related to her treatment.

“They radiated my spine, and my spine never formed properly,” Hodge said. “I pulled to the side and they had to take out three ribs because my ribs kept getting stuck under my pelvic bone. I’ve had spinal fusion and problems where the discs didn’t form properly from being so sick. I’m getting ready for more scans, my scoliosis is bad, and I might be looking at surgery in the future.”

In 2010, Pauline Gordon’s husband fought off laryngeal cancer, only to have it return in his lungs five years later. He was diagnosed in February 2015 and died in March.

“This (dinner) means the world to me because of how cancer has affected our family and so many others,” said Pauline, whose own mother died of ovarian cancer at the age of 52. “You take life for granted until something like this hits.”

Because of the family’s strong history with cancer, Pauline worries about her children getting sick.

“I worry about the kids, but go from day to day and thank God I’m here and none of my other children have it. He’ll take care of us. I stay busy and live each day like there’s no tomorrow. You never know what tomorrow will bring.”

“Even with all the trials and tribulations, we are still blessed,” Judy said.

The meal for cancer survivors and caregivers is part of the Relay for Life, which will take over Wytheville’s Main Street from 5 to 9 p.m. on Sept. 11, followed by a luminaria ceremony in Withers Park.

This year marks the first event for Relay for Life of Southwest Virginia, which includes the counties of Wythe, Bland and Smyth, along with other counties in the region. Each county will hold its own dinner for survivors and caretakers like the one at Open Door Cafe, but will come together for the Main Street event in Wytheville. In the past, each county held its own Relay for Life event, too.

“We are not sure how many people to expect; we hope a couple of hundred,” said Holly Aker, Relay for Life event leader. “It’s an outside event; we hope it will draw a big crowd. The teams will set up like they usually do, there will be spaces up and down Main Street, but there will also be vendors and music.

Musicians include the St. Paul United Methodist Church Praise Band and David Furches from Bluefield. Shanaki Martial Arts will also have a demonstration.

“It will be kind of like a festival-type of atmosphere,” Aker said. “We will have a lot of things happening at one time.”

Hodge owes one of her favorite memories to Relay for Life.

“We were never involved until Mom was diagnosed,” she said. “One of the best memories I have of me and my Mom was that very first year and we were doing the Survivor’s Walk. We walked hand-in-hand. It was one of my best memories because we were both survivors. Cancer is a family tradition, you might say, but not one that we like.”

The Covid pandemic has changed Relays across the country, but organizers are optimistic.

“We are very excited,” Aker said. “Last year was supposed to be Wythe County’s 25th year. We got kind of robbed of that, so we are looking at bigger and better things this year, and hopefully it won’t rain. I don’t know if I can remember a Relay without rain.”

Members of Paul Looney’s flock at Bastian Union Church know their pastor is rejoicing in the arms of the Lord, but still they mourn for Looney…

The Bland County Administration office is closed until Monday, Aug. 23, because staff members have been exposed to Covid. The office closed Mo…

This just might be one of the hardest stories I have ever tried to write. I want to hit all the high spots while saying the right words at jus…

As part of its Relay for Life participation, the staff of Wythe Family Dentistry recently served up a meal for cancer survivors and their caretakers at Open Door Café. The staff also cooked a Relay for Life meal in 2019. There was no meal last year because of the Covid pandemic.

From left, Lisa Hodge with her mother, Pauline Gordon. Both women are cancer survivors.