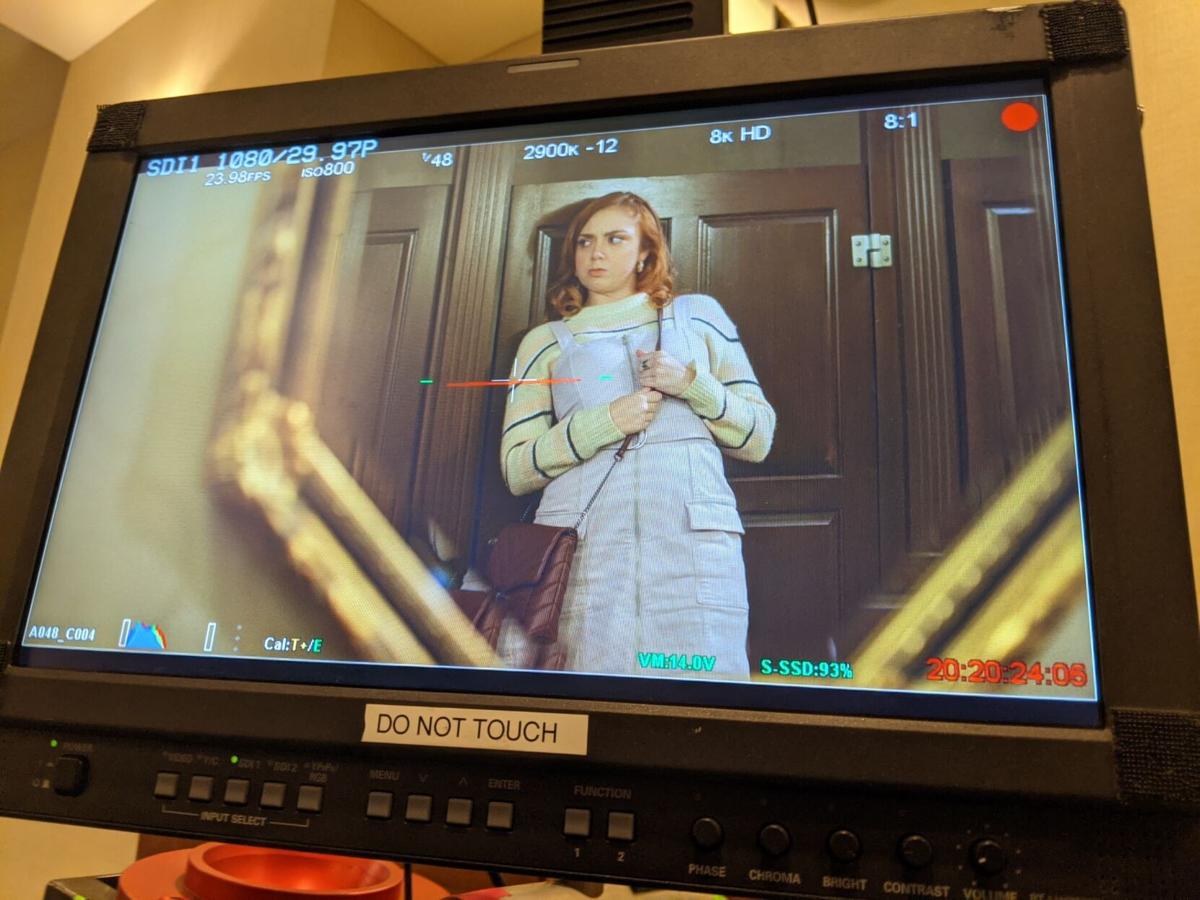 Rocky Gap native Lauren Faulkner will appear in the Lifetime movie, “A Party Gone Wrong,” Monday at 8 p.m. She plays a friend of the main character. Here, she appears on the camera monitor. 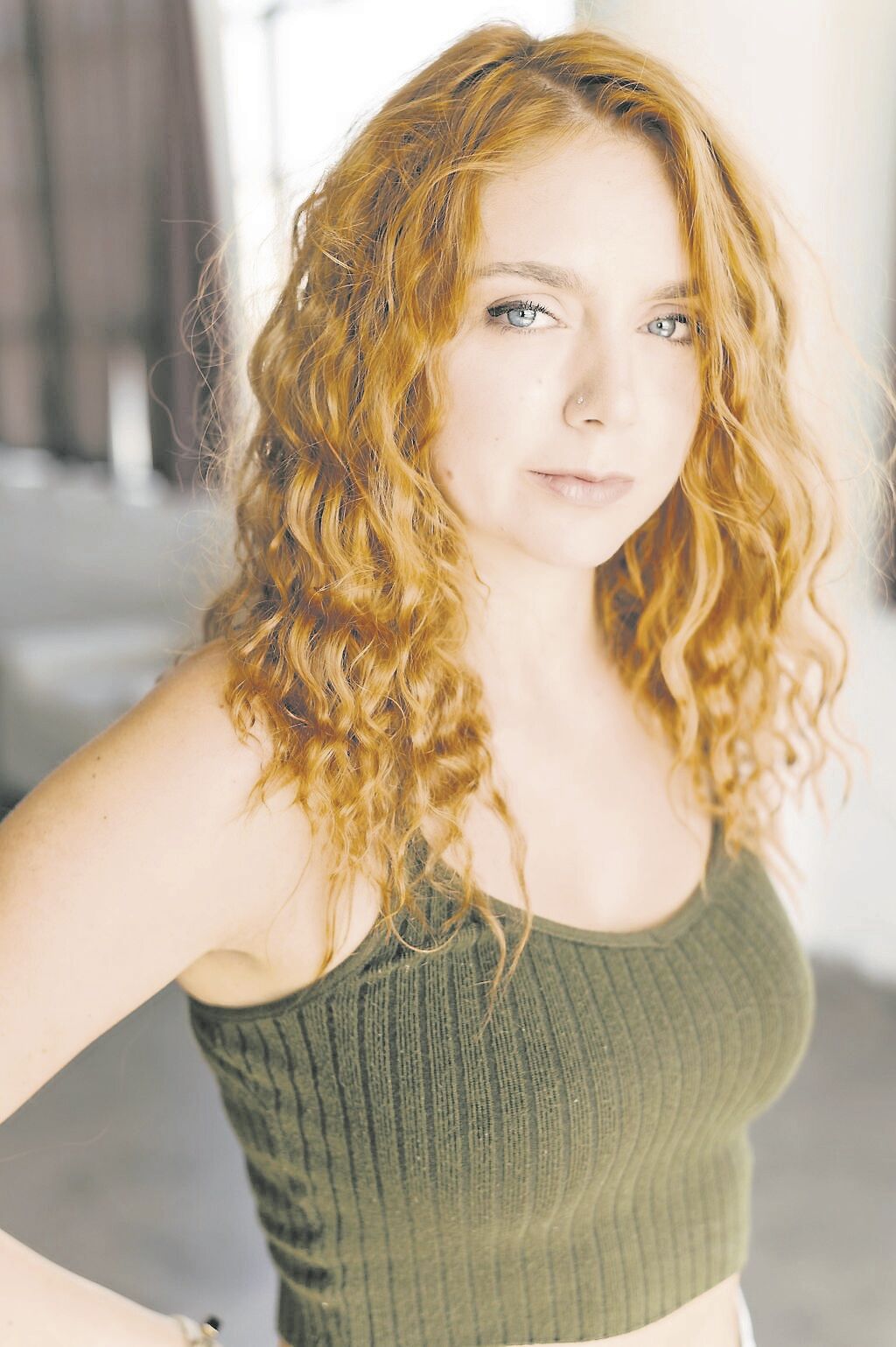 After Memorial Day festivities come to a close on Monday, settle in for the evening, turn to the Lifetime television channel and watch Rocky Gap native Lauren Faulkner in her television debut. Faulkner has a supporting role in the movie “A Party Gone Wrong,” about a teenager and her former friend kidnapped by a twisted rideshare driver who plans to sell their organs on the black market.

Faulkner plays Taylor, who is friends with one of the girls.

“I’m excited; I’m very excited,” said Faulkner, who relocated to the Los Angeles area nearly six years ago after graduating from Radford University with degrees in theatre and English. “I haven’t seen it. I’ll be watching it at the same time as everyone else.”

Exactly where she will watch it is still up in the air – either at a friend’s home or, fingers crossed, a yacht.

“I hope that ends up being the case,” she said. “That would end up being really cool.”

Faulkner is not the only regional tie to the production. The movie filmed in Roanoke for about three weeks last October because the director has ties to the city, which was a much safer area than Los Angeles during the coronavirus pandemic.

“It was shot entirely in Roanoke,” Faulkner said. “People will definitely recognize Hotel Roanoke.” Other filming locations include Layman Family Farms, the Jefferson Center and the Norfolk Southern Rail Yard.

The actress said the turnaround time from audition to filming the movie was quick. She saw the audition notice in late August or early September and, within two months, she had snared the role and shot the movie. She found out on a Wednesday that she got the role and was on a Roanoke-bound plane less than two days later.

“Shooting in Roanoke just made more sense,” she told the Bland County Messenger last year. “It was the first feature film I shot, and it was especially special to me because I returned to where I grew up and returned to where my love of performing blossomed. It was important to come home and shoot my first - and not last - feature film.”

Filming the movie was a lot of work, “but it’s absolutely the kind of work I love, so it wasn’t difficult,” Faulkner said. “There were five to six days of night shoots. So, I was getting up at 4 p.m. and going to the set around 7 p.m. and getting home at 7 a.m.”

Faulkner appears throughout the movie.

“I’ll be there from beginning to end,” she said. “Although I haven’t seen it, I’m expected to be comic relief in what otherwise is a very serious film.”

Faulkner’s friends in Wythe and Bland counties, California and other places are excited to see Faulkner in the movie.

“It seems like a lot of people – even people I don’t know that well – have reached out to say they have it ready to record and plan to watch. So, that feels really good.”

A 2011 graduate of Rocky Gap High School, Faulkner performed in plays at Wytheville Community College and at the Wohlfahrt Haus Dinner Theatre while growing up. She has been on the West Coast for nearly six years, finding work as a model and actress. She currently works as an improv actor at a pop-up bar that combines magic and mixology.

“It’s like a bar, but not quite. It’s kind of a crossover between a performance and a bar,” she said. “It’s a fairly new concept popping up all over the city.”

Faulkner hopes her experience with “A Party Gone Wrong,” will lead to more television movie roles. Her ultimate goal is to find steady work as an actress.

“I’ve been auditioning for more Lifetime films,” she said. “I’ve gotten close to landing roles, but not quite.”

The Wytheville Enterprise and Bland County Messenger newspapers have a new home. On Monday, the office relocated to a new office at 150 W. Mai…

Accused in the Nov. 5, 2020, slaying of a Georgia woman, a West Virginia man will now face trial in Bland County Circuit Court.

Brett and Tina Tempest were busy bees Memorial Day weekend, moving their hives from North Carolina to their home in Ceres. Moving the bees mea…

A Tazewell County woman pleaded guilty last week to concealing a body that was found underneath her son’s Bland County trailer last summer.

Rocky Gap native Lauren Faulkner will appear in the Lifetime movie, “A Party Gone Wrong,” Monday at 8 p.m. She plays a friend of the main character. Here, she appears on the camera monitor.