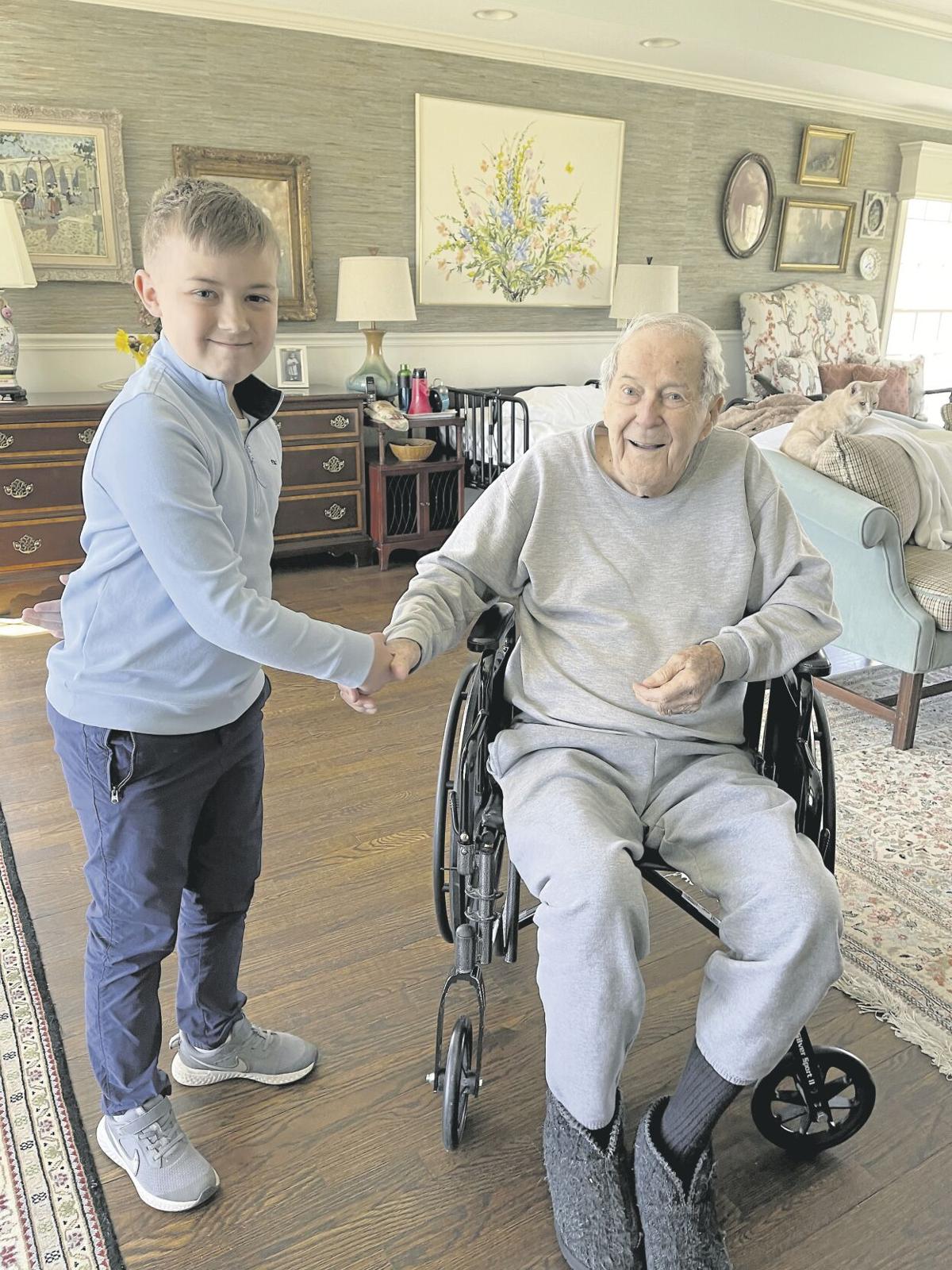 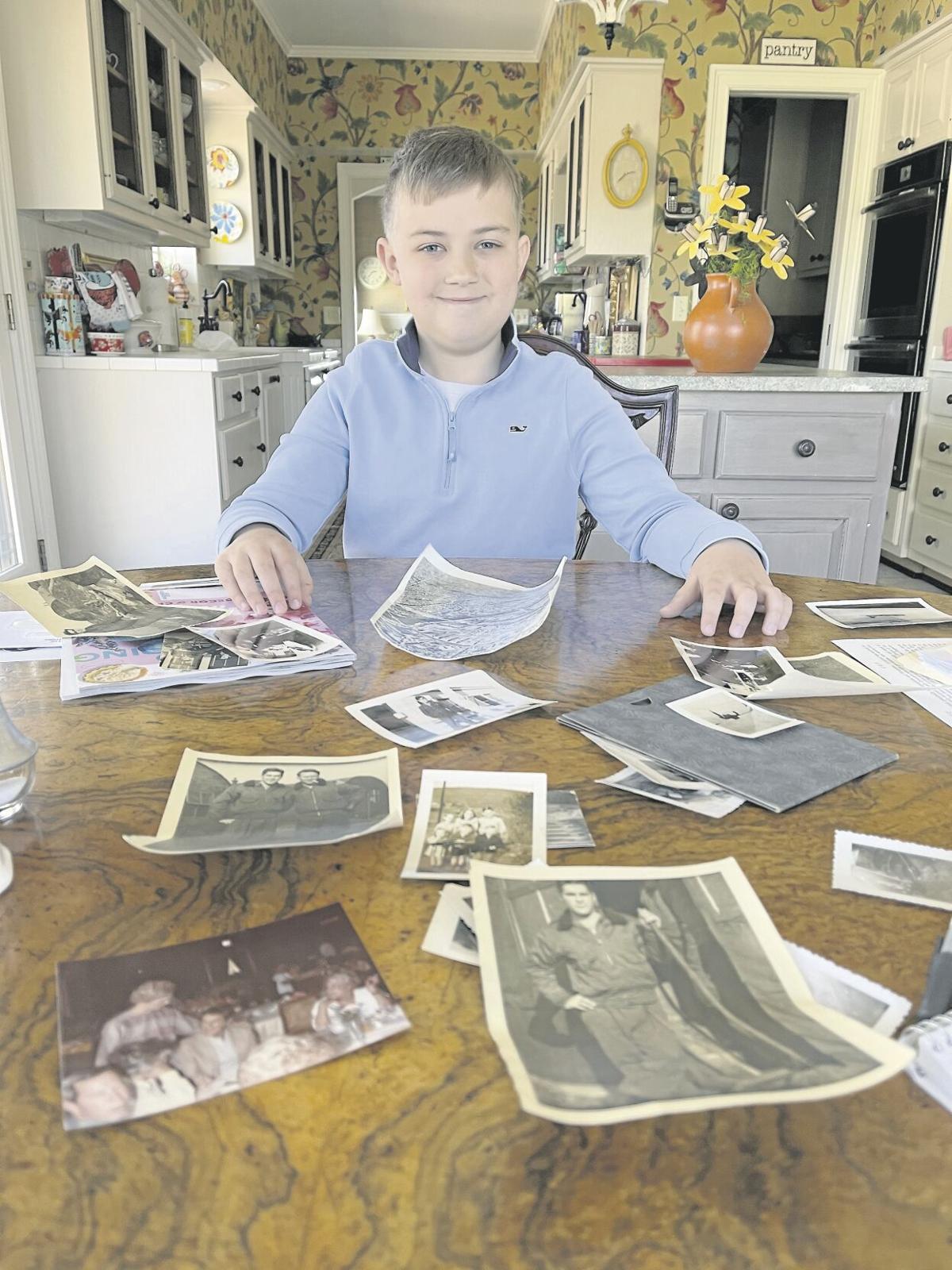 Before meeting Kenneth Prince, Finley Bird, 10, looked over some of Prince’s photographs from WWII. 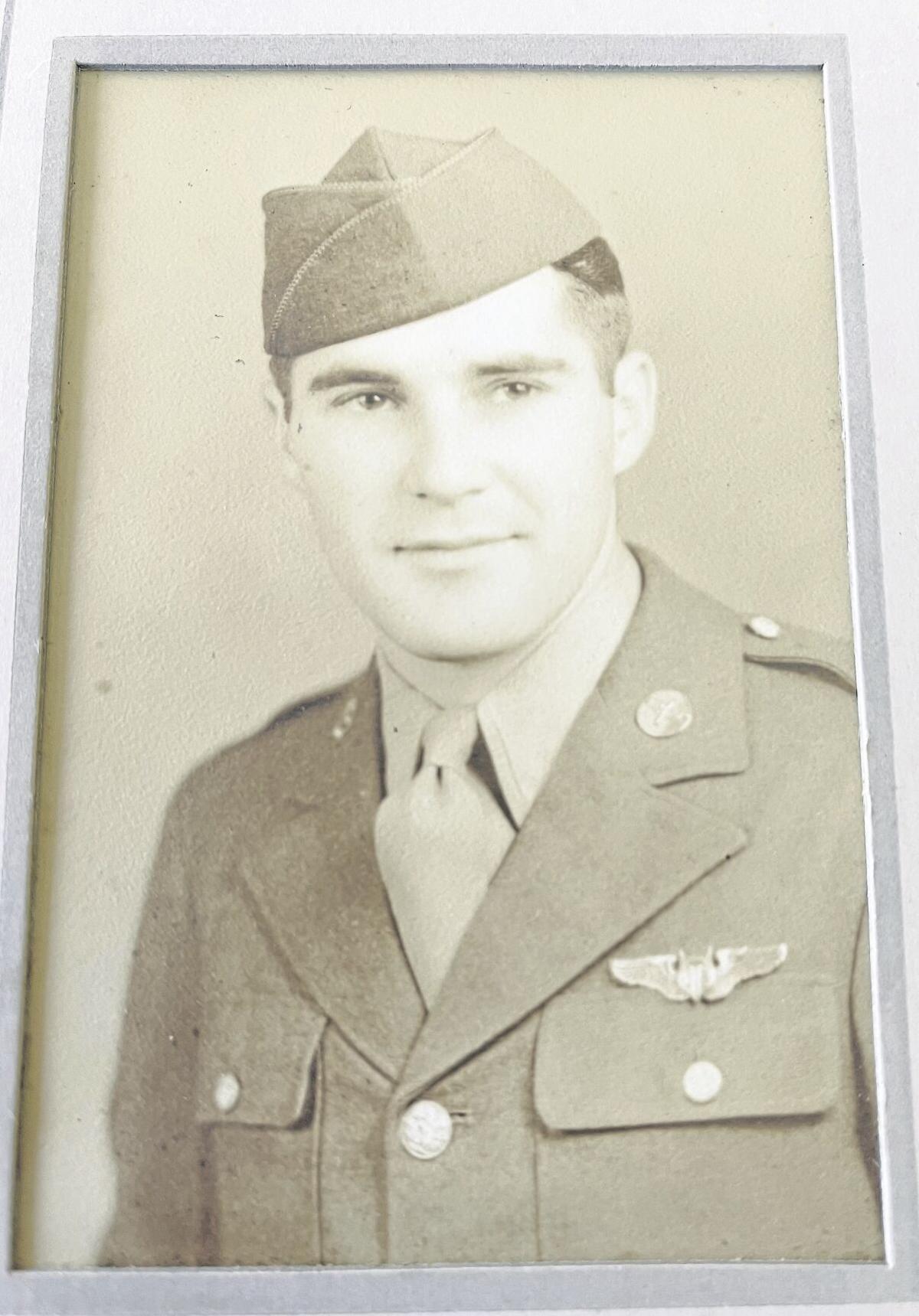 “I think it’s the most important time in history,” he said.

So, Monday was a special day for Finley when he met 97-year-old Kenneth Prince.

“What do you remember most about the war?” the Rural Retreat Elementary School fourth-grader asked.

“What stands out in my mind is that I lived through everything,” Prince replied.

The U.S. Army Air Force veteran didn’t have to fight in the war; he wanted to. He could have bowed out because his brother died in the Battle of Aachen, a major battle in Germany between German in American forces. Thousands of soldiers on both sides were injured or died.

Stationed near London, Prince was a waist gunner on 25 missions, charged with defending the aircraft. After the war, he flew on mercy missions and dropped food over Holland and Belgium. A meticulous man, he kept a mission book with information on every one of his missions, recording everything from the date, target and bomb load to the temperature, air time and bombing altitude.

His daughter, Becky Absher made a copy of the book for Finley, who also looked over Prince’s photos from the war. He was excited to meet Prince because he “really loves history,” and enjoys reading and learning about all wars.

Prince was born in 1924 in Port Arthur, Texas. After the war, he spent most of his life in Birmingham, Alabama, where he worked as a building contractor. He and his wife, Jo, moved to Wytheville in 1995 to be close to Absher. In his 70s then, he oversaw the construction of his home, finishing out the inside himself.

Finley turned 10 March 3. One of his birthday gifts was a World War II history book.

“I actually want to be in the military when I grow up,” he said, adding he hopes to attend West Point to become an Army officer. He is the son of Rusty and Jenni Bird of Wytheville.

There’s more than a good chance that the youngster knows more about World War II than most adults.

“I know a lot of battles,” he said. His favorites are D-Day, Normandy and Hacksaw Ridge. He likes reading about the WWII battles in the Pacific and Bushido, a Japanese samurai code of chivalry that embraces virtues like courage, honor, honesty and loyalty.

“There is so much to learn about World War II,” he said.

Yvonne Edwards faced her fears, including anxiety about the unknown, and she’s likely alive today because of her strength. Now, she’s encourag…

Attorneys for the prosecution and defense are seeking a psychological evaluation for a Bland County man awaiting trial on murder and other charges.

The community is mourning the loss of Wohlfahrt Haus Dinner Theatre owner Peggy Sutphin, who died Saturday. She was 83.

The rain broke the afternoon of March 25 in time to celebrate the opening of a new Bland County business. Route 42 Garage is located at 6642 W…

Before meeting Kenneth Prince, Finley Bird, 10, looked over some of Prince’s photographs from WWII.