Marking a century with much of it spent in the service of education, Lucille Kinkade celebrated her 100th birthday on Saturday with family, friends, former students and fellow educators at her home in Sugar Grove.

Marion Mayor David Helms, one of her former fellow educators, came to visit and brought her the key to the town of Marion and shared remembrances of their days in Smyth County education.

Born and raised in Smyth County by a father who served as a rural mail carrier and a homemaker mother, Lucille was in the middle of five sisters. She was bright and started first grade at four years old, graduating around 15 or 16.

She and her late husband, Christy Paul Kinkade, were married about 63 years. They met in Tennessee when they both worked in a munitions factory during World War II. Paul, from Missouri, was a chemist and supervisor of the lab where Lucille worked. She was living with an older sister in Chattanooga then. The couple moved to Damascus where their son, Dick, and daughter, Jane, were born. In the late 1950s to early 1960s the family moved to Sugar Grove, where Lucille began teaching.

Lucille said she first taught in a one-room school in Teas that no longer exists (except in a painting she created) and then she taught elementary grades at Sugar Grove School and helped develop the first head start program in the county.

“I would teach in the wintertime and go to summer school at the University of Virginia,” Lucille said, “and I finally got my teaching degree, but I was about 40 years old when I got it.”

She said she then went to work at the school board office and about five years later was named elementary school supervisor when the previous person retired.

“It kind of floored me,” Lucille said. “It was a bigger job than I ever thought it could be. I had a little trouble adjusting to it, but I finally did get adjusted to it and I worked at that until I was retirement age (in the 1980s).”

“I had to go to the schools and work with the teachers and show them how they could do a better job of teaching than they were doing right then, and then I’d come back and observe them and see if they were carrying out what I’d told them and if they did then I’d give them some college credit for it,” she said. “It worked out pretty good. We got a lot of the teachers a lot more educated than they’d ever been before. So I was proud of that.”

“I would just go and be along with the teacher and talk to her about things that she could do, maybe things she could do better and help show her how she could help the children more with their school work.”

Lucille’s daughter Jane Smith of Arizona said her mother did in-service with the teachers before school started to help them get oriented with their schools.

“We got a lot of cards from former teachers who were grateful for my mother’s help and the things that she did for them when she was an advisor,” Jane said. Lots of people have told her how much they appreciated her mother as a teacher and an advisor.

“She’s doing remarkably well,” Jane said of her mother. She likes having someone with her all the time now, so there are some caregivers who come in during the week, but mostly her granddaughter Virginia Smith provides her care, which has allowed her to continue living at home.

Jane said that her mother talks a little about her teaching days that were followed by her decade-long job as elementary school advisor for Smyth County Schools, especially when people bring it up. She was feisty with those who wanted her to take the job.

There was one elementary school supervisor, two or three for junior high and one for every high school, inverse to the number of teachers, Jane said. “The lady that had the job before her literally could not do the job because there were too many schools to try to cover and my mother was not willing to take a job she knew couldn’t do. She stood up to them. So they hired her an assistant.”

Jane said her mother tried to be at every elementary school at least once a week.

“I think it made a difference in the education that children in Smyth County received because my mother wasn’t willing to take a job and not do a good job at it.”

“My mom loved learning and reading,” Jane said. “It was her joy in life to get kids started on a good educational path. When she had a student who struggled, or just couldn’t learn, it frustrated her. She wanted everyone to be able to learn and to do well educationally. And she basically dedicated her life to that, to either teaching herself or making better teachers of the teachers that she worked with. And that’s what brought her the most joy is being able to help. She truly valued education.”

“She made a difference in a lot of people’s lives.”

The tangible threat to the 19th-century Preston-Crockett House has earned it a place among the most endangered historic places in Virginia.

A new coffee shop, a new sandwich shop, an expanding store and a department store grand opening are making business news this month.

FCMS science teacher is Wythe Teacher of the Year

Run for the Wall returns to Wytheville

For the first time in two years, hundreds of leather-clad men and women on motorcycles will roar into Wytheville Wednesday, May 25, when one o…

Bluegrass father-son duo Daniel and Adam Lowe have played music together for decades, but are just now crafting an entire album of music under…

For the first time in recent memory, Wythe County’s Relay for Life event will not be held at Withers Park. Instead, this year’s event will be …

Back of the Dragon overlook honors memory of local physician

It was an emotional moment for Ron Thomason as he looked out at the beautiful overlook he led the effort to create on the Back of the Dragon. 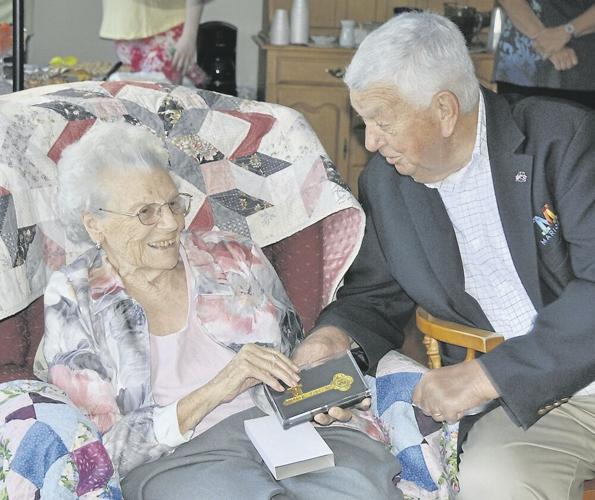 Marion Mayor David Helms presented Lucille Kinkade with a key to Marion for her 100th birthday. 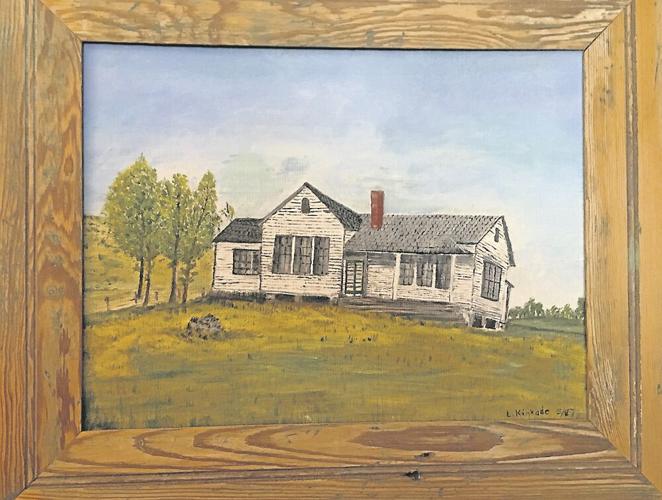 Lucille Kinkade was an artist as well as an educator and painted this picture of her first teaching place, a one-room school in Teas. 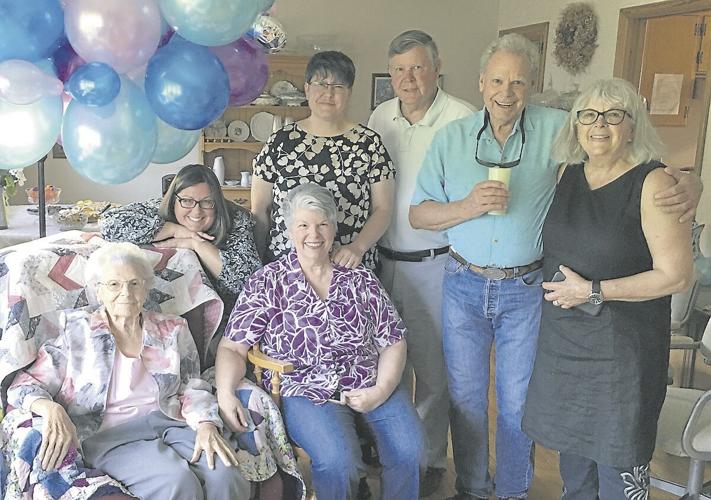