The Friday evening storm that prompted severe weather warnings left its mark on Smyth County. The Marion-based free clinic remains closed for repairs, Chilhowie is cleaning up damage to multiple buildings, including the elementary school, and numerous residents are filing insurance claims for hail damage.

While roadways have been cleared and power restored, some areas of the county are still assessing the damage.

“We just had a good amount of instability of moisture and then a strong cold front moving through,” she explained.

“I’d say they’re fairly frequent, especially in the spring when we have the change of seasons and more weather systems moving through,” she said.

Downed trees caused widespread power outages, some of which lasted well into the weekend. Flooding closed roads and damaged asphalt in some places. The shoulder of one portion of Chatham Hill Road in Marion has been blocked off, a hunk of asphalt washed out and the surrounding area buckled.

Marion Town Manager Bill Rush said the stretch of roadway was hit with too much water, too fast. However, he did also note that the repair will be relatively easy.

County Emergency Services Coordinator Curtis Crawford said most areas of the county felt the impacts of the storm, but none more intensely than the area between the town of Chilhowie and the Hall Addition in Adwolfe.

On Friday, photos of the former Chilhowie Hardware Supply Company and Piggly Wiggly building with its roof partly blown off quickly made its rounds on social media, highlighting the damage to the area.

In addition to the roof damage, Crawford said the building experienced some structural damage to a parapet wall, causing bricks to fall into the roadway. That section of Whitetop Road, which also saw substantial flooding, was closed briefly while town building officials made modifications to secure the building.

The building has housed a couple of businesses since being renovated. Town Manager John Clark said that the under-roof came off. It appeared to have peeled off the roof and down the back of the building into its parking area.

Just down the street, the building that houses Colorworks Salon & Nail Bar also endured extensive roof damage.  In a Saturday Facebook post, business operators said they hoped to reopen in a week and a half.

“Today has been a difficult day,” the post read, “it seems that we just keep finding more damage that our building is hiding. But, at the end of the day, it could have been so much worse.”

Damage was also done to a building on the north side of Main Street when the wind blew off a porch overhang and to buildings in the industrial park south of town off U.S. 11, Clark said. One police vehicle was damaged by hail and one of the town’s traffic lights at the intersection of highways 11 and 107 was blown off kilter about 45 degrees.

Trees and limbs were down all over town, Clark said, and crews were spending Monday assessing and repairing damage. Flooding had taken place in some places with a foot of water and ice from hail on top.

Rush, who lives in Chilhowie, told of his son, Michael, sending him a photo of the storm moving toward Food City and their home, and Rush immediately urged him to get inside and into the basement. Fortunately, Rush said, a tornado never touched down from the convection that appeared to be forming one.

Smyth County School Superintendent Dr. Dennis Carter reported at Monday’s board meeting that Chilhowie Elementary School sustained some damage with trees blown over and hail impacting the AC units. The contents of a cooler at Oak Point Elementary School were lost due to the extended power outage. And the roof on the TAP building in Marion got water damage that will need repair. The goal for that building, said Carter, is to get a new roof.

Over in Marion, the area escaped much of the wind damage, but was instead pelted by quarter-sized hail, damaging vinyl siding and windows and even causing some structural damage to homes in the Hall Addition area, Crawford said.

Just about every home and structure with vinyl siding in the Hall Addition showed damage on the south side. There were also some broken windows and torn window screens along with broken tree limbs and a few split tree trunks. Pock marks from the hail could be seen in the metal parts of houses, including storm drains and framework. Damage also appeared to have been done to roof shingles and at least one vehicle was damaged on Adwolfe Road.

One man said the vinyl siding on his home looked like someone had been shooting at it with a shotgun.

By Monday, Clinic Director Susan Ferarro said most of the two-to-three inches of water pooled inside the clinic on Friday had been dried up, but she expects much more work is needed before the clinic can reopen. She said ceiling tiles, insulation, carpeting and possibly other flooring will need to be torn out and replaced.

The building is owned by Emory & Henry College School of Health Science. Ferarro said clinic and school officials have discussed the possibility of temporarily moving the clinic to the school’s simulation lab until clean up can be completed.

On Saturday, while professional cleanup crews were still on site, staff members picked through damaged boxes, pitching out items, such as gowns, that couldn’t be salvaged. Ferarro believes the clinic may have lost some computers and other supplies to the flooding.

“I want to thank Emory & Henry for stepping it up and getting us help right away as far as cleaning up in the building and to staff for coming over on a Saturday and helping clean up,” Ferraro said. “They didn’t have to do that on their day off so that was real nice.”

Ferarro expects the clinic will be closed for the remainder of the week. Staff members will be reaching out to patients to reschedule appointments and arrange for medications to be picked up.

In terms of agriculture damage, County Extension Agent Andy Overbay was still assessing the damage Monday, but said it largely consisted of storage damage, especially for hay, and small grain crops that were ready to be harvested.

Saltville experienced no damage or flooding from the storm. Town Manager Brian Martin said heavy rain did lead to some sewer system overflow.

“We had a serious influx of water in the sewer system,” Martin said, which has often happened during heavy rain in the town. Upgrades are in progress for the town’s sewer system to prevent infiltration by storm water.

“We count our blessings that we fared so well,” Martin said.

Crawford said local crews worked into the night on Friday and into Saturday clearing debris and setting the county right.

The tangible threat to the 19th-century Preston-Crockett House has earned it a place among the most endangered historic places in Virginia.

FCMS science teacher is Wythe Teacher of the Year

Back of the Dragon overlook honors memory of local physician

It was an emotional moment for Ron Thomason as he looked out at the beautiful overlook he led the effort to create on the Back of the Dragon.

For the first time in recent memory, Wythe County’s Relay for Life event will not be held at Withers Park. Instead, this year’s event will be …

Lt. Jenna Ruffin and Firefighter/EMT Hannah Hayes went on shift together April 14. It was Hayes’ first day as a full-time member of the Town o… 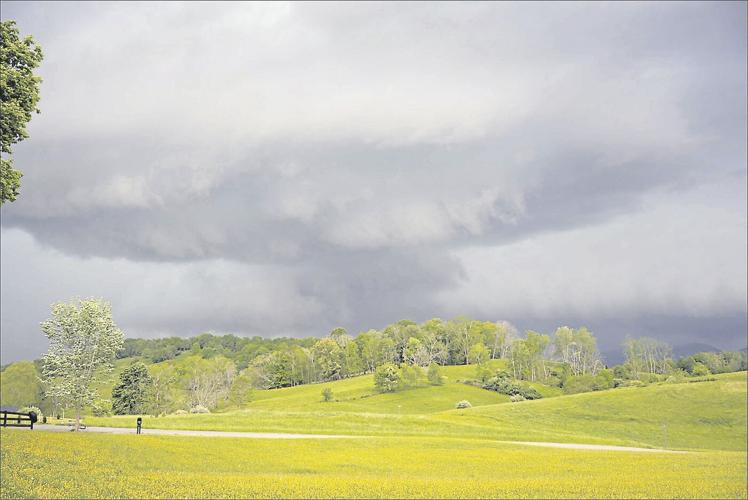 Michael Rush of Chilhowie captured this photo of the convective storm as it moved toward Food City in Chilhowie. Hail, straight-line winds, and tornadoes are associated with convective storms. 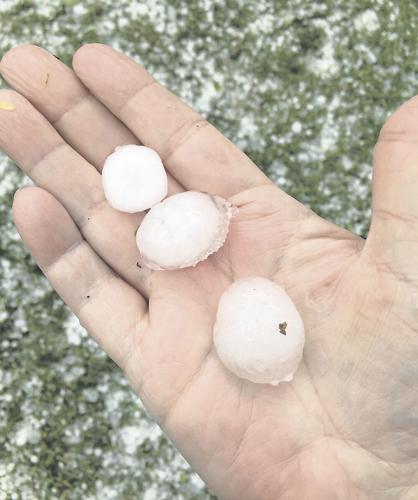 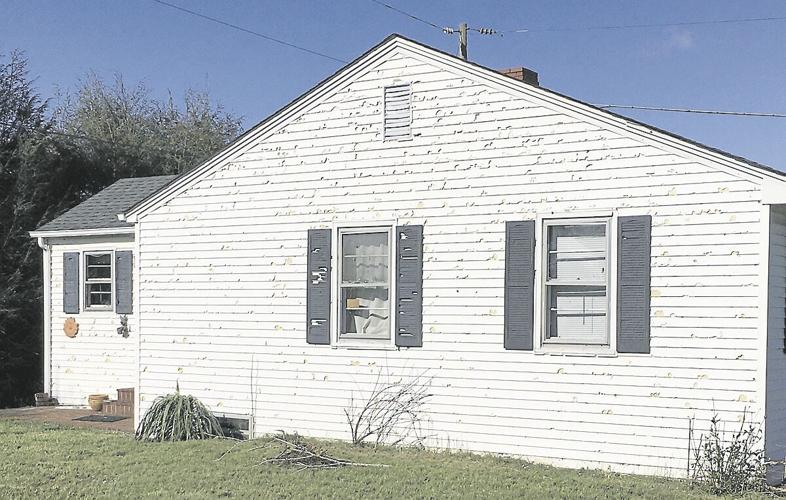 Hail damaged the vinyl siding to many homes during last Friday's storm. 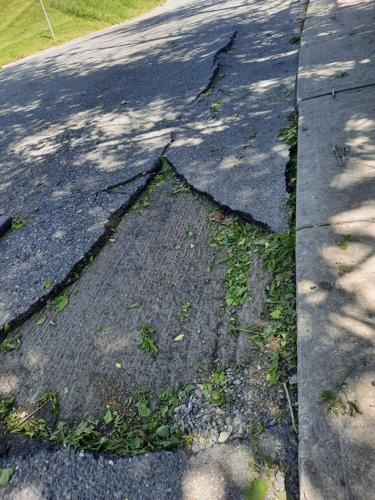 The shoulder or a small section of Chatham Hill Road in Marion remains blocked off after a hunk of asphalt washed out and the surrounding area buckled.