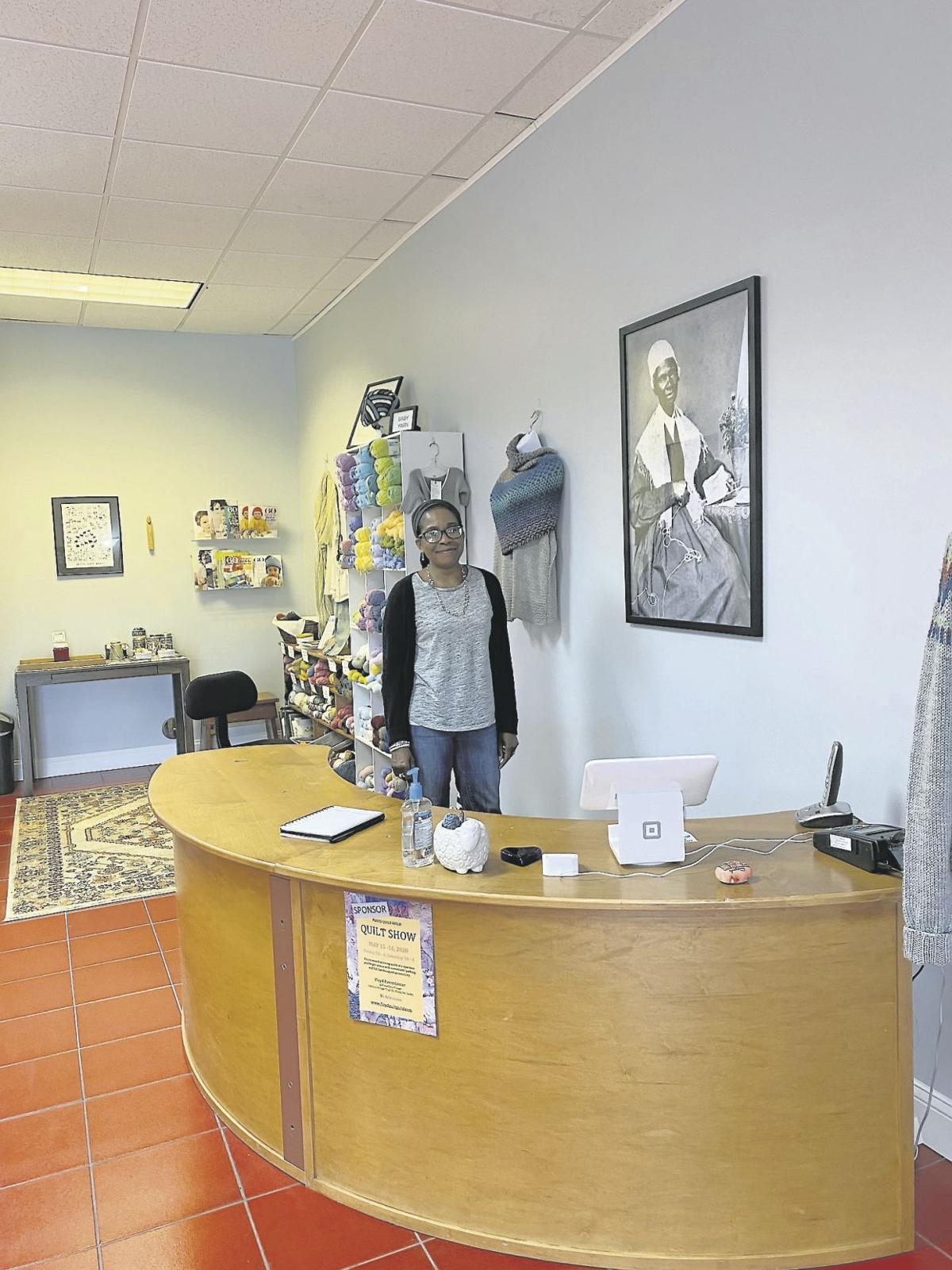 Michele Morris poses with the portrait of Sojourner Truth inside her shop. 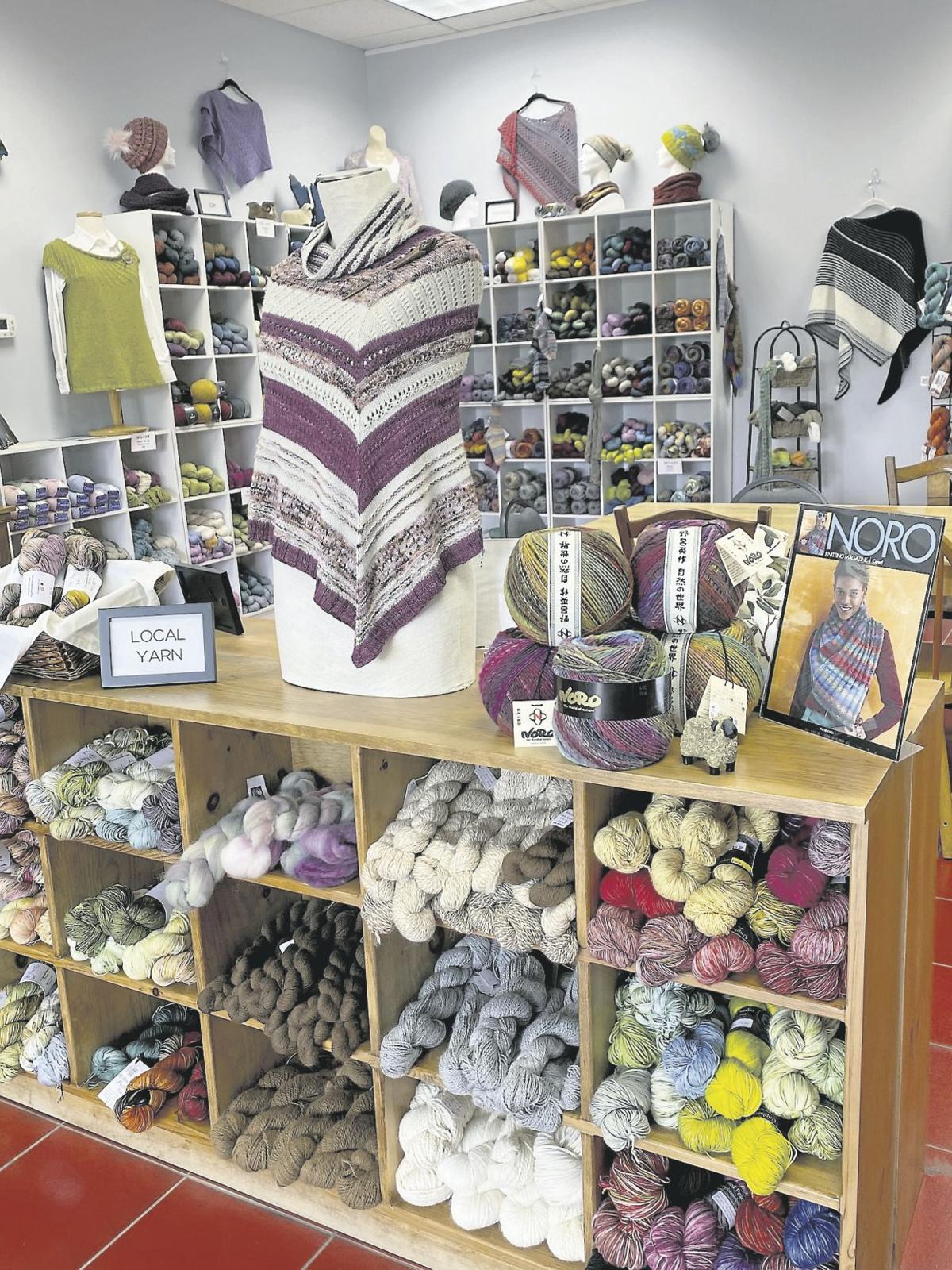 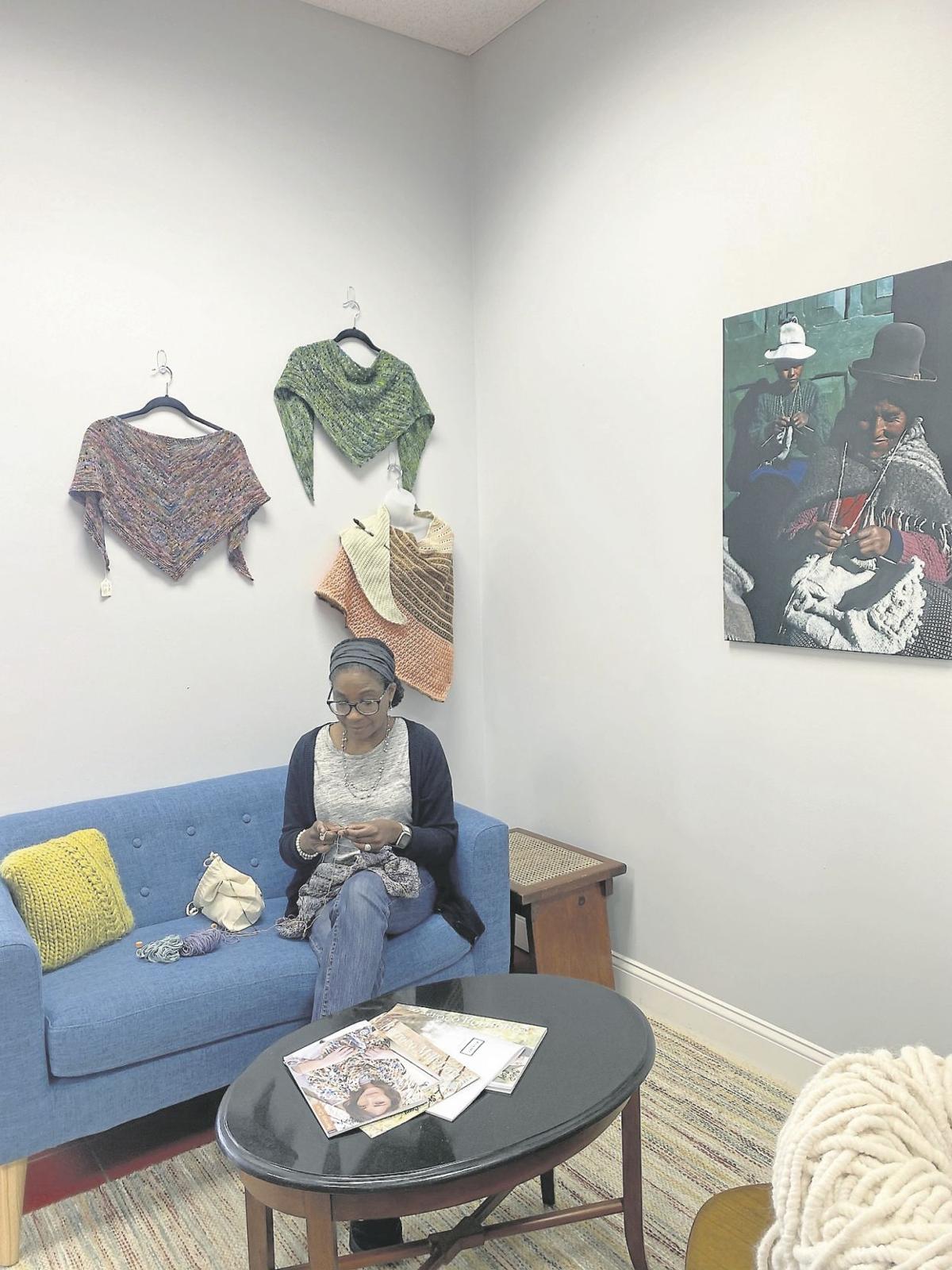 Woolly Jumper Yarns is well-suited to sitting and staying a while.

Michele Morris poses with the portrait of Sojourner Truth inside her shop.

Woolly Jumper Yarns is well-suited to sitting and staying a while.

Asked about her experience as a Black woman business owner in Floyd, Michele Morris, who owns and operates Woolly Jumper Yarns, responded, “I don’t know what being another kind of business owner would be like.”

Morris is one of what she describes as a small group in Floyd—she could think of only three other Black business owners in the town off the top of her head: Ivan and Lynise Anderson of Healing Tree Wellness Center, and Earl White, of Big Indian Farm in Willis. And Morris said she’s also “the only retailer (and) a Black-owned business in a niche,” since people who patronize her yarn shop are visiting with a specific purpose in mind.

Morris is very honest about her experiences with racism and other racial issues while running her shop, and said she appreciates the support that necessarily comes from “white allies” of her business. “In Southwest Virginia, there aren’t that many Black people or Black-owned businesses, and so the support we’re getting…is from our white allies,” Morris said, describing allies as “people who will let me talk about anything; they’re very good at listening and making concrete contributions to the conversation.”

According to Morris, a yarn shop is the perfect place to have such conversations. “One aspect of a yarn shop is supplying a craftsperson with what they need, and another part is that it’s a very social place, a place where like-minded people can gather, and get help, and talk about the projects they’re making,” Morris said. “You might compare it to something like a barber shop—people come in, and they commiserate about a lot of different things.”

The interior of Woolly Jumper Yarns certainly feels well-designed to serve this community-building purpose. The shop features bright yarn displayed along most walls, art featuring people of color—including Sojourner Truth with knitting needles in hand—and a couch and a couple armchairs where patrons can sit and chat. It's cozy.

Morris has been a knitter since she was eight years old, she said, and was inspired to open her own shop primarily to serve the local knitting community in Floyd, although she said much of her business now also comes from tourists. “I’ve always been knitting—when I got to (Floyd), there was a group that used to meet at the Country Store,” Morris said, which at the time was owned by Jackie and Woody Crenshaw. Jackie was a knitter too.

At the time, Morris thought, “We should not have to drive 40 minutes to get a pair of needles or to check out some yarn,” and she said she “pestered” Crenshaw for about a year to open up a shop in an empty space next to the Floyd Country Store. That was in 2010. Since then, Morris has expanded in her new space in the Village Green Shopping Center, and still aims to support local folks, including nearby fiber artists, especially women. Morris also works with Mountain High Tie-Dye, another local woman-owned business, to print project bags for her shop.

Morris has always enjoyed local support, she said, but has also been very straightforward about her struggles in Floyd. “I’ve had moments, and I still do, where people come in, and they will look for anybody other than me for help—they’ll ask anybody,” Morris described. “Because I’m the only Black person in the shop, so their comfort level sends them to anybody else.” Morris said she doesn’t let these “teachable moments” pass her by. “I wait for them to leave, and then I say to everybody, ‘Do you see what just happened there? That shouldn’t happen. You should tell them, this is the person who owns the shop, and she can help you.’”

Long before the death of George Floyd and the recent nationwide reckoning with racial issues, Morris said, the yarn-crafting world went through its own painful confrontation with racism. “We went through our moment about a year and a half ago, when a prominent company (representative), in her blog, wrote that she was going to take a trip to India for the first time, and compared it to being like a trip to Mars,” Morris remembered. “And there was an uproar, because there are people from India who knit…Black and brown people who knit, and there are Asian people who knit—and so it opened up a huge conversation,” she said.

Morris described ways in which the yarn-crafting industry caters to white people, and particularly white women. “All the models in magazines and for patterns were white,” Morris said. People from under-represented communities in that moment of reckoning chose to share their experience of marginalization with white knitters, she said. “There was a big difference between how people of color, men, gay people and also, people who are not thin, were treated. So we all, as a group, were trying to inform everyone else,” Morris said.

Morris said this conversation among knitters mirrors the one that is happening now, in Floyd and around the country. Recently, Morris’ shop has been getting much more attention on social media as it’s added to lists of Black-owned businesses in the New River Valley. At first, Morris said, she didn’t understand the impetus behind this effort. “You know, it kind of confused me…It’s good to be included in these things, but I wasn’t 100% sure what the end result was supposed to be for me,” she said.

Ultimately, Morris knows that calls to support Black-owned businesses are well-intended, saying that especially during the two-fold difficult time caused by political upheaval along with a pandemic, “Our allies are trying to look out for us and help us.” She added, “We’re being pushed front and center now because of the death of George Floyd. Everybody can’t go out into the street and protest—everyone doesn’t have dollars (to donate) during this time.” So shopping at Woolly Jumper Yarns is a small way people feel they can contribute.

Still, Morris said, “There’s so much work to be done in Floyd.” She continued, “You talk to enough people and you realize there are two vastly different histories here…The history that you hear from white people is the one that prevails really, and it’s exceedingly difficult for the Black community to educate people about what they’ve gone through here.”

Morris, who was one of the featured speakers during last Friday’s Juneteenth vigil, said, “There will always be racists in Floyd. I don’t know how much energy should be spent by people to try to change that mindset—it’s the people who are nearly with us—the people who call themselves allies but really want to stand in the back, and not be too vocal about it—it’s about getting them more on board.”

Referring to continued discussions about the Black experience, Morris said, “Maybe some of that will be happening now, which would be good.”