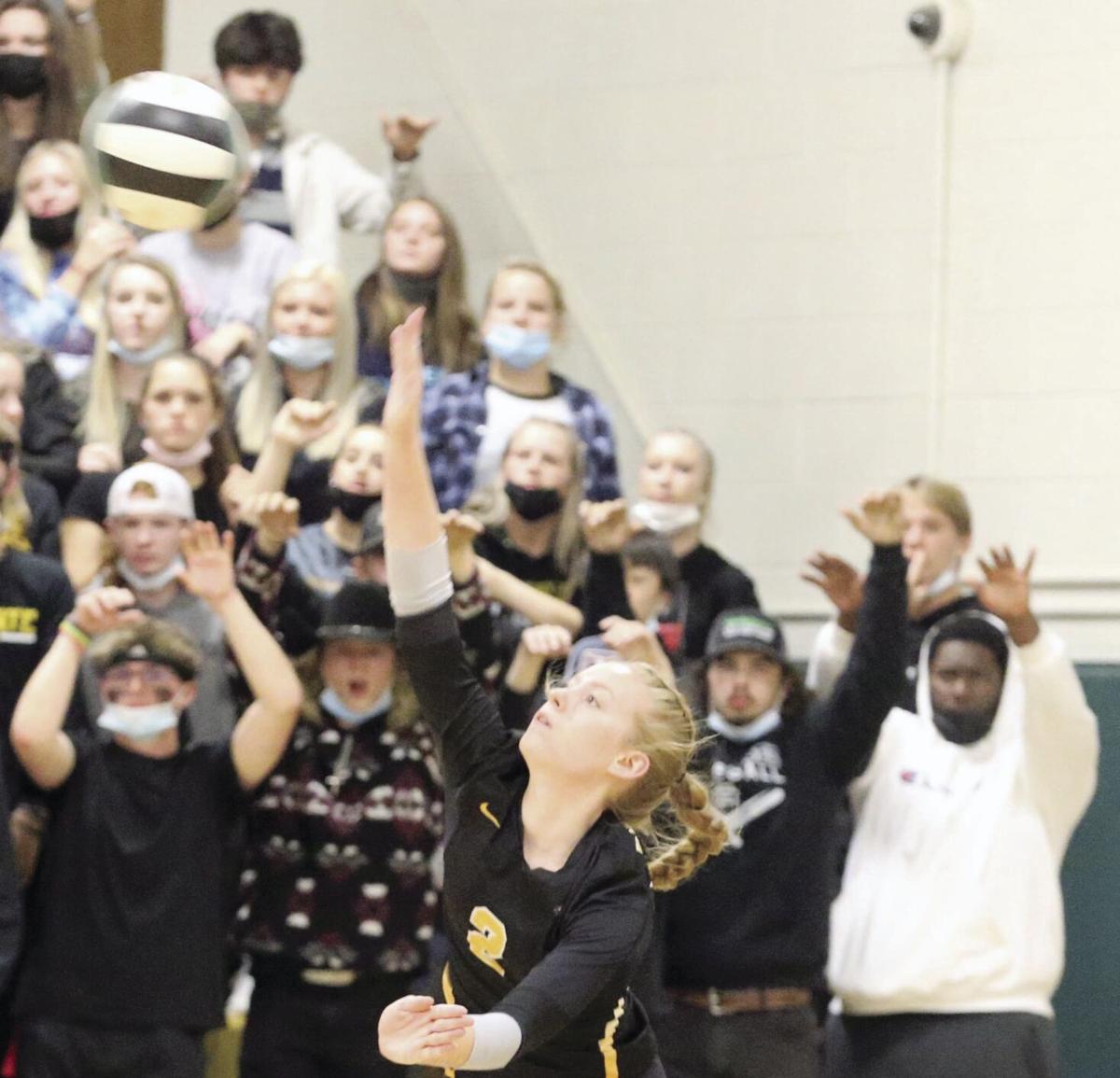 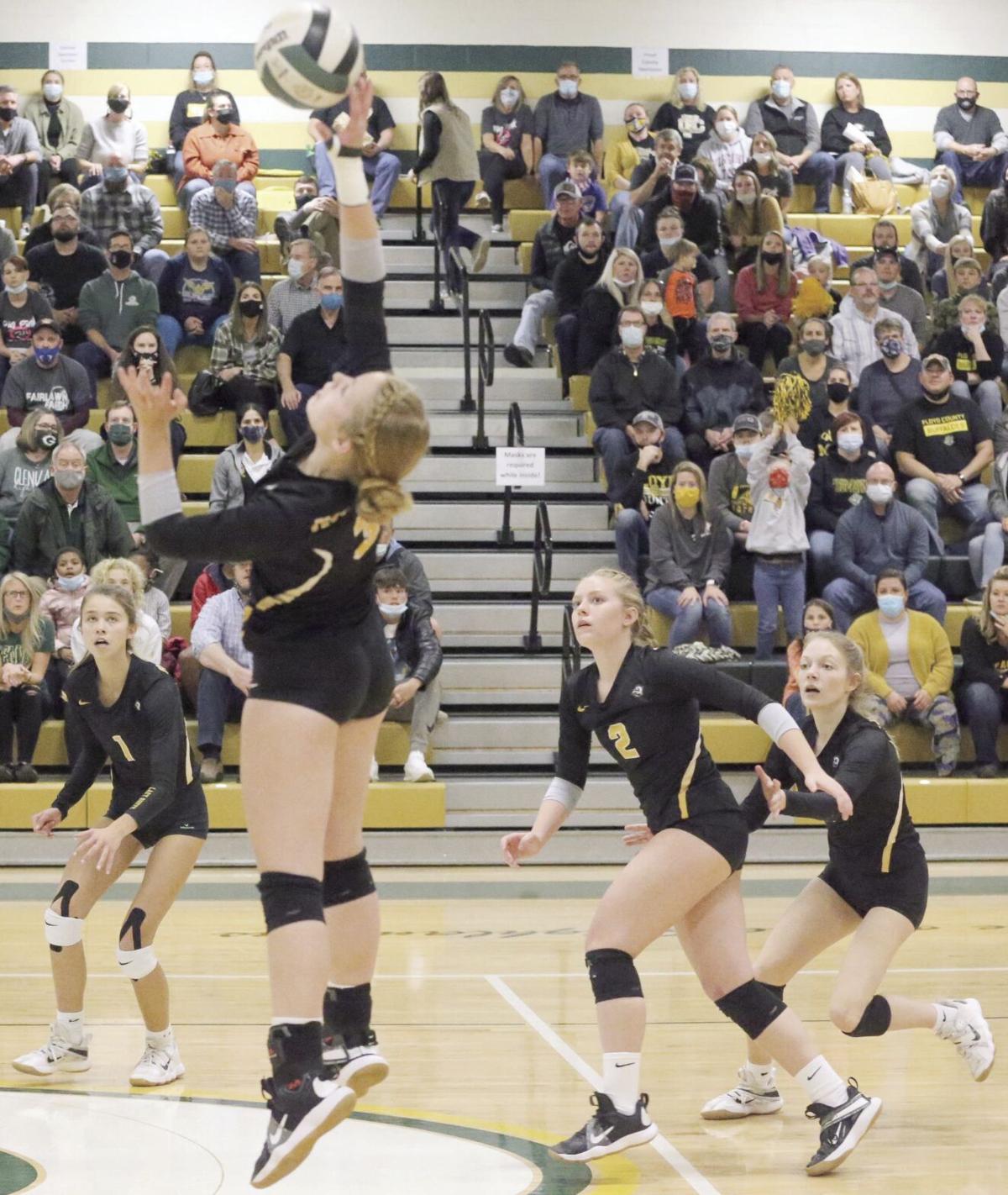 Jaycee Chaffin sends a point over the net as Olivia Hylton, Kenzee Chaffin and Katie Wirt monitor the action. 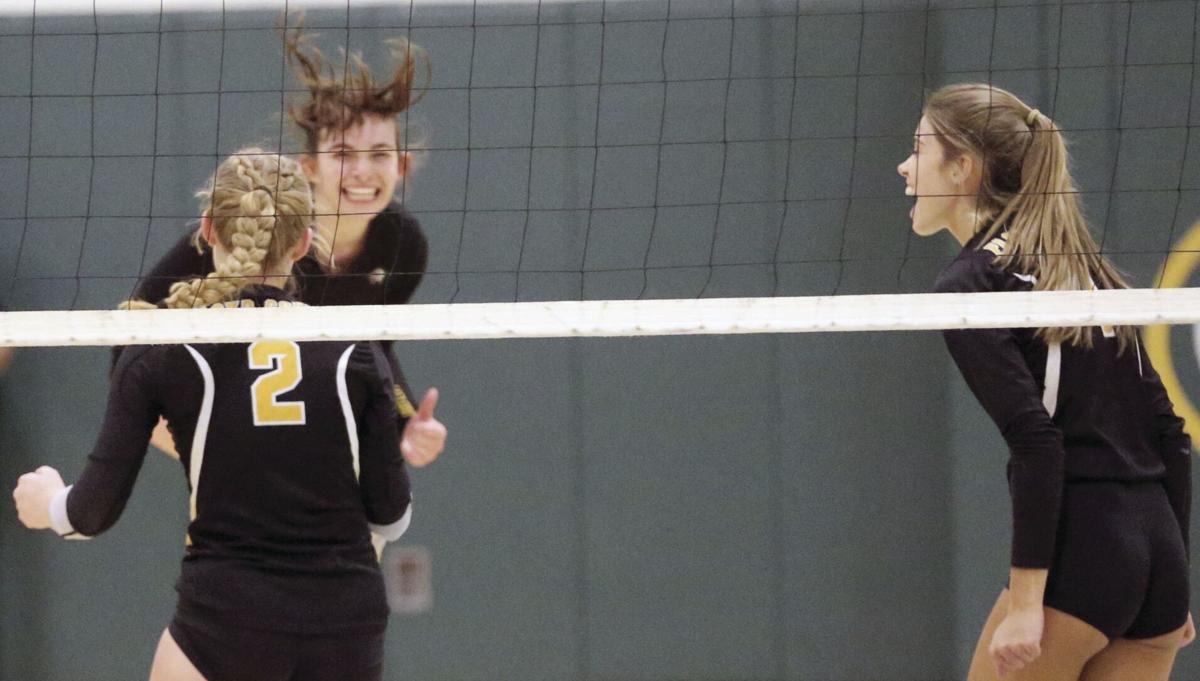 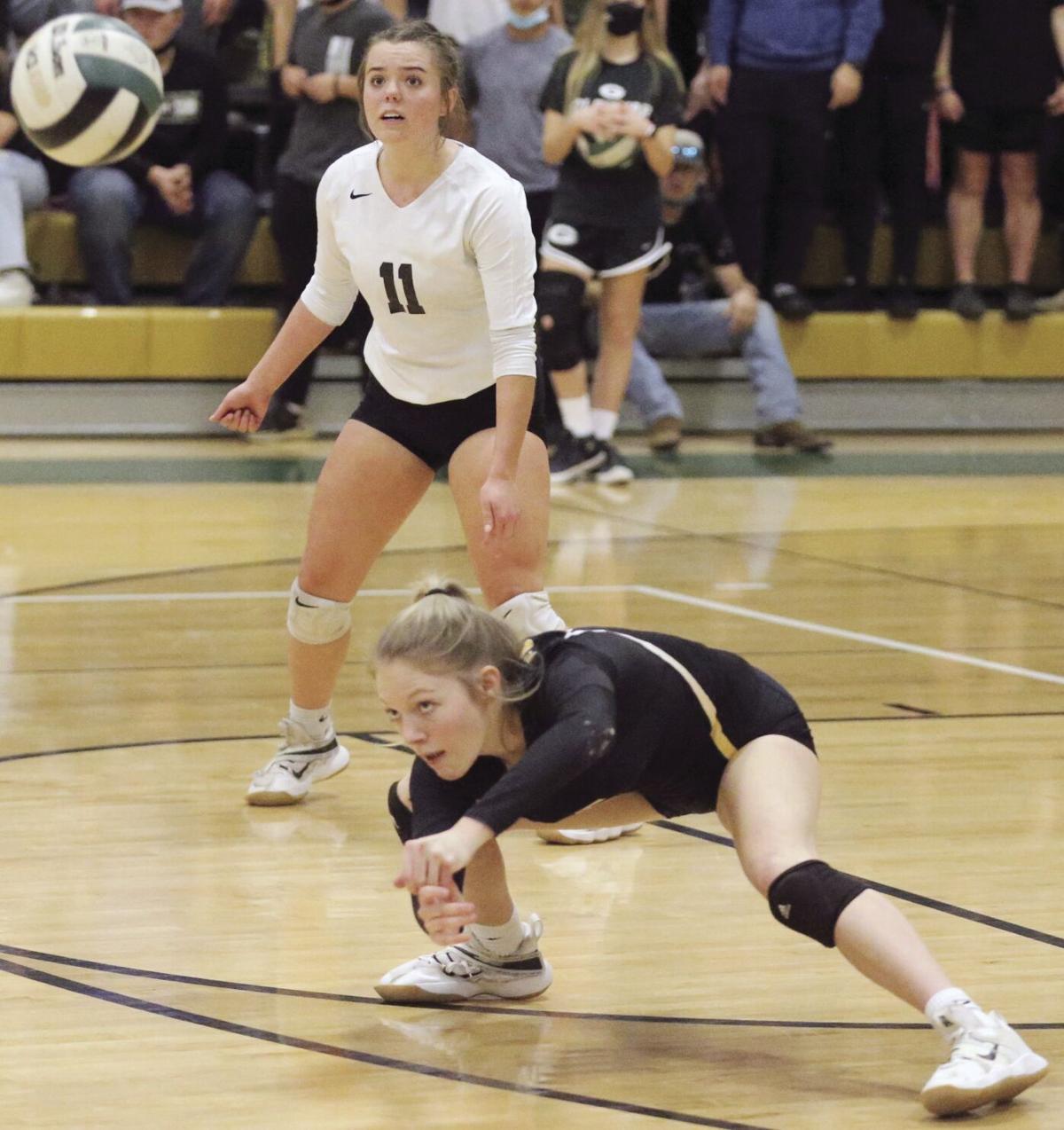 Katie Wirt keeps a low serve off the floor and sets it up for a return as Madi Ramey monitors. 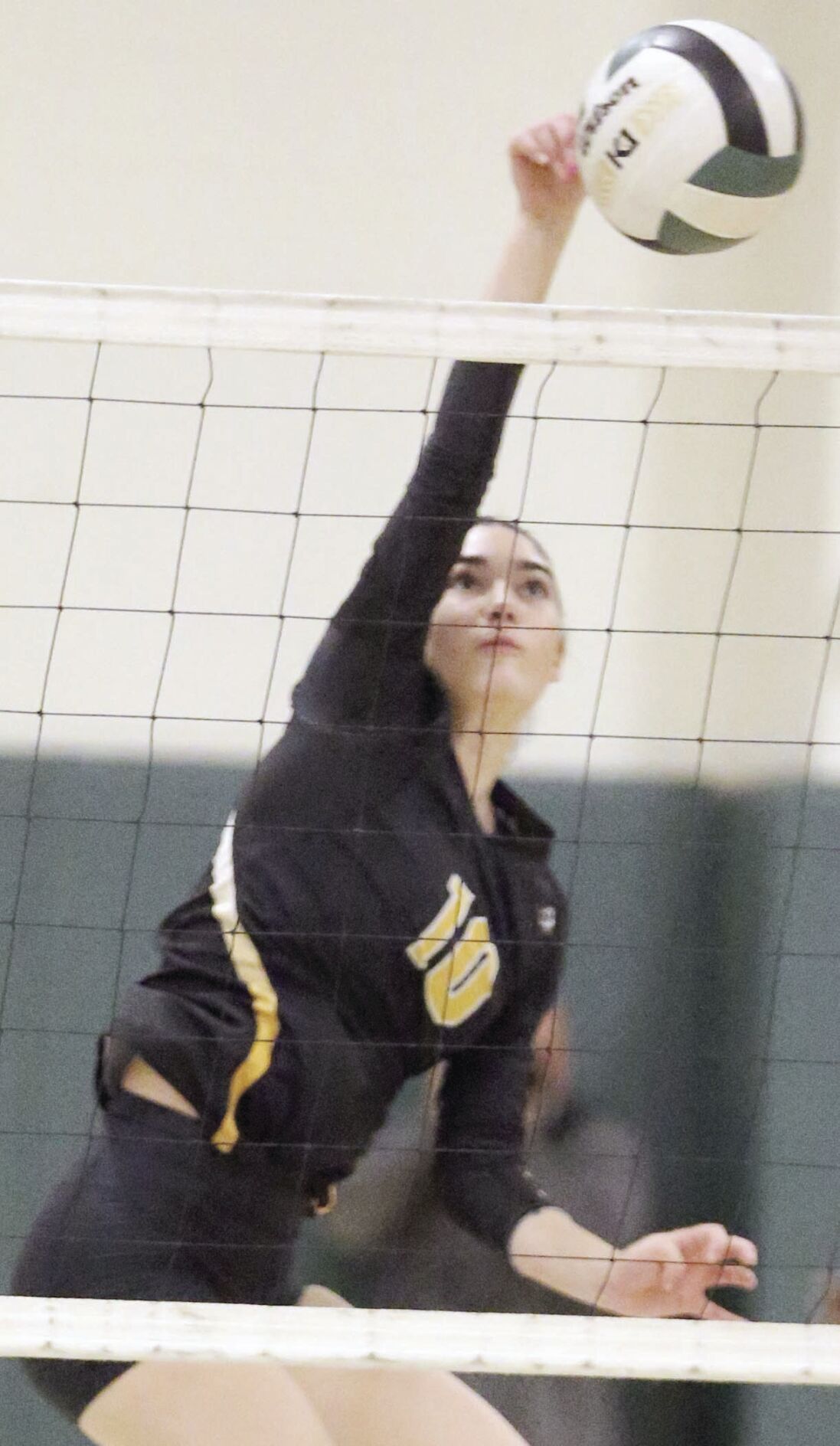 Peyton Faulkner returns the ball over the net.

The Floyd County Lady Buffaloes volleyball squad, scoring more wins than ever before in a season of achievements, fought to the end against district rival Glenvar Tuesday night, but lost 3-1 to the only team that beat them this season.

Glenvar then kicked off the fourth set with a 7-1 lead and never looked back, closing out the match 25-11, sending them to the state final against Central-Woodstock in the C2 final Saturday afternoon at Salem Civic Center.

The Buffaloes proved they could beat Glenvar with their first win at home in the regular season but fell 3-0 in the second and 3-1 in the regional championship in Floyd last week.

“They played great,” said Lady Buffs coach Carrie Chaffin after the game. Her team made the final four with a win over Gate City last Saturday, Nov. 13, and had a record 23 wins this season with the only three losses coming to the Highlanders. She said the Lady Buffaloes want to “cherish each moment” in a great season.

Coach Chaffin says she loves each of team “like they are mine.”

Another daughter, Haylee Chaffin, graduated last year but served as junior varsity coach and as an assistant to her mother on the varsity this year.

The Chaffin twins, and another senior, Madi Ramey, were awarded game balls during the season and post-season games for reaching high levels career digs and assists.

For more than two hours during the week of Thanksgiving, Floyd County Volunteer Firefighters fought for control of a brush fire in Indian Vall…

Next Generation: ‘Passion to profession’

Many people would associate collecting toys, comics, action figures, and baseball cards with fond, distant memories of their childhood, but fo…

Jaycee Chaffin sends a point over the net as Olivia Hylton, Kenzee Chaffin and Katie Wirt monitor the action.

Katie Wirt keeps a low serve off the floor and sets it up for a return as Madi Ramey monitors.

Peyton Faulkner returns the ball over the net.