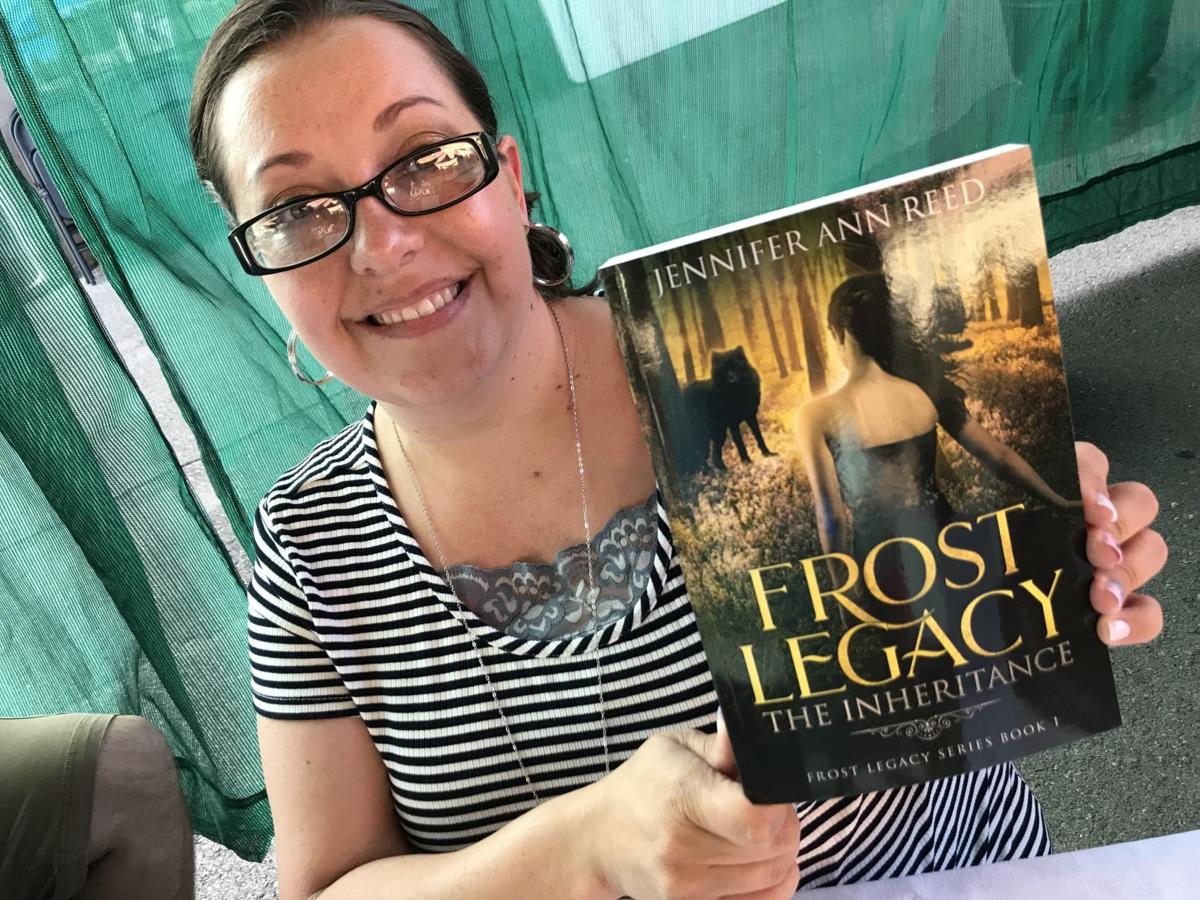 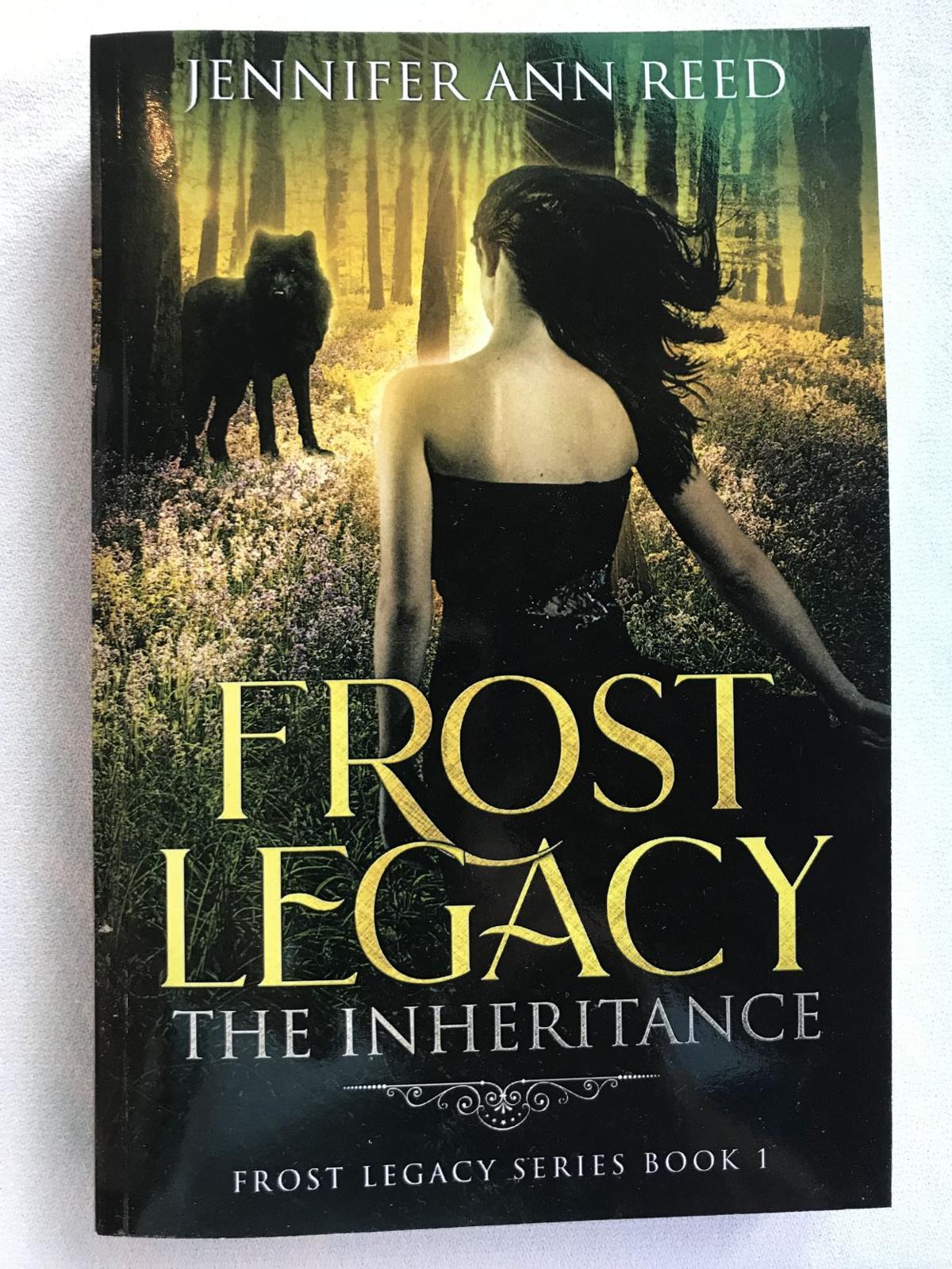 Jennifer Ann Reed is back in the chemistry classroom at Abingdon High School.

And, there, you may occasionally find her mentioning more than a textbook.

Sometimes, she’ll drop a hint of “Frost Legacy: The Inheritance,” a novel that she released late last year.

“Frost Legacy: The Inheritance” tells the tale of a character called Kitra Frost.

“It’s about a young girl who finds herself. She is actually dealing with a bunch of different life problems. But she also finds that she’s stronger than what she actually thinks and what everyone else around her believes,” Reed said. “And she learns that she is very, very important to the world.”

The book offers a journey, page by page.

This 421-page serving of young adult literature is part of a series for Reed, who teaches chem-istry and earth science in Abingdon.

Reed, 32, first began writing short stories when she was 12.

“I never published anything,” she said. “I put it off. I went to college for chemistry. I got a de-gree in chemistry then decided, after I was teaching for a few years, to go back and write my first novel.”

A graduate of the University of Virginia’s College at Wise, Reed is a resident of Coeburn, Vir-ginia, where she has lived since age 7.

And while she remains busy teaching, she does aspire to keep writing.

“That’s the one thing that I’ve just always wanted to do — just write a bunch of novels. I just love writing. I just love the aspect of getting words down on paper and being creative,” she said.

“For me,” Reed added, “chemistry was just a fall-back-on, mostly because, to begin with, I was pre-med. And I didn’t think that I could do pre-med, after a while, because I didn’t like blood.”

“That was a big issue,” said Reed, a 2004 graduate of Coeburn High School.

Now, in Abingdon, that first introduction — with the mention that she writes books — may sometimes simply fizz with students in the chemistry class.

“Some of them are impressed, and some are them are just like, ‘Oh, OK,’” Reed said.

“We’re trying to get reading to happen in the high school. It’s not as common as it used to be. We try to do book clubs.”

Getting more kids to read is important to Reed.

“I love to create worlds in my head and love to share them with other people,” she said. “And I just like writing stories that I like to read and get more people active in reading.”

After more than two years of avoiding the courtroom, a former NASCAR Xfinity driver and his state lawmaker attorney appeared before a Smyth Co…

Tazewell, Va. – A Tazewell businessman has been arrested and charged with distributing drugs.

Local business owners Jennifer Puckett and Megan Collins are not afraid of chasing their dreams — even during a pandemic.

A November preliminary hearing has been set for a 72-year-old Wytheville man accused of possessing and distributing child pornography.

BRISTOL, Tenn. — Officers from the Bristol Tennessee Police Department found three bodies from an apparent murder-suicide at a Trammel Road residence early Saturday after responding to a report of shots fired.

From Wytheville to Westminster

With inmate work release programs at the regional jails in both Dublin and Abingdon placed on hold due to the coronavirus, litter alongside th…