Jarret Robert Bowling has made contact with family and is safe, according to the Tazewell Police Department.

According to a Tazewell PD Facebook post, 38-year-old Jarret Robert Bowling was last seen at his home in Tazewell on July 23.

He is described as six feet tall and weighing 155 pounds, with brown hair and brown eyes.

Accused of exposing himself to a juvenile, a Wytheville sex offender is facing two new misdemeanor charges.

Wytheville First Assembly of God will hand out free frozen meat at 1 p.m. on Friday. 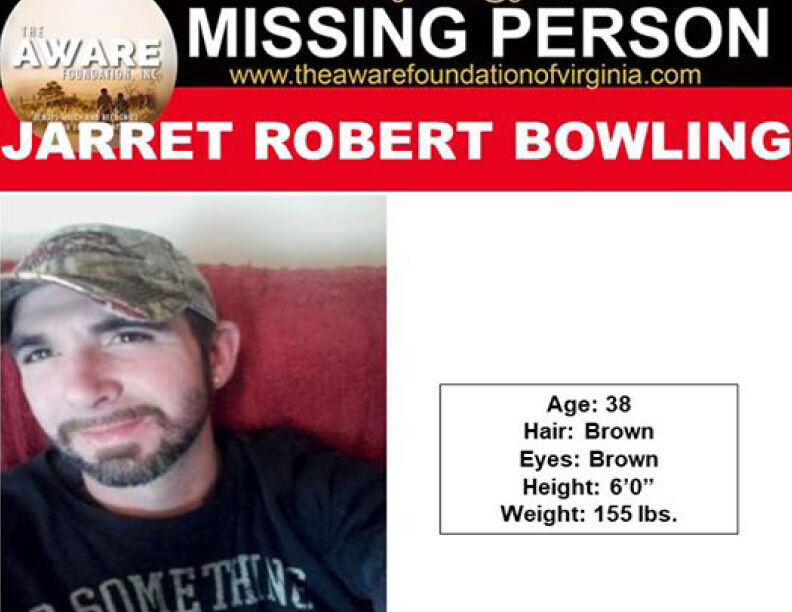 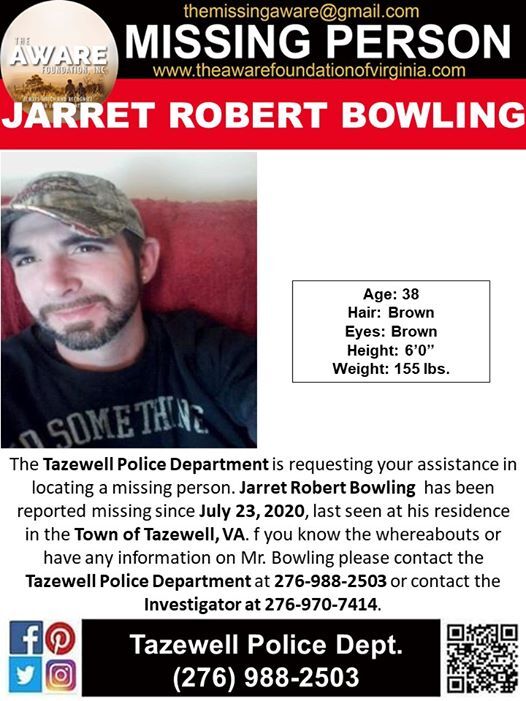