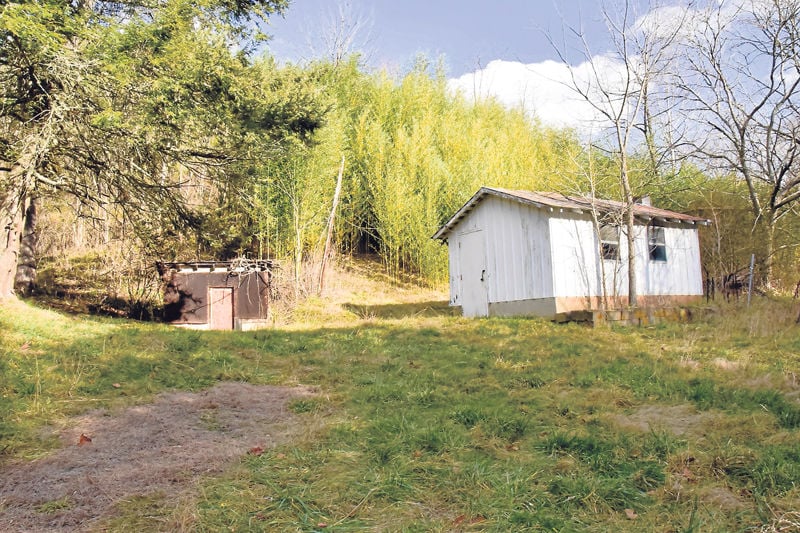 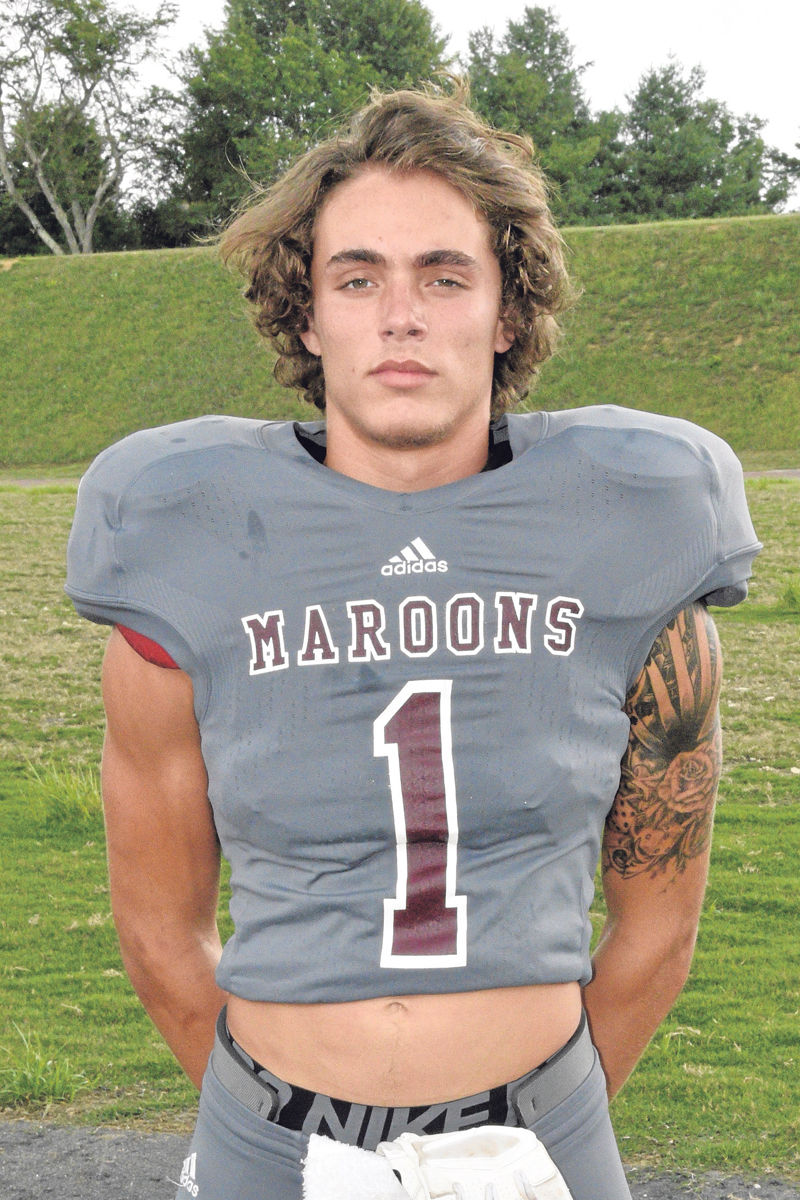 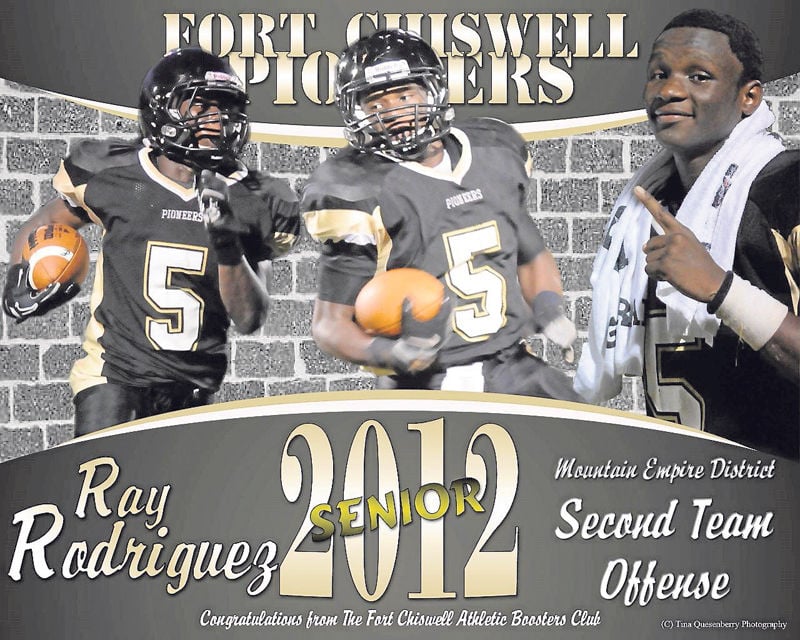 When Wythe County Sheriff Keith Dunagan heard that a double homicide had been committed on the eastern end of the county, he prayed it wasn’t true. After all, homicide is rare here and double homicide unheard of in his nearly four decades of police work.

Dunagan quickly dispatched officers to where the tipster said the crime occurred: a lot on Reed Creek Drive with an empty house and white outbuilding. Deputies investigated and soon called the sheriff back.

What began as a missing persons report at the end of November turned into Wythe County’s first double homicide in as long as anyone can remember. Two young men lay dead behind the outbuilding, shot in the head; three teenagers charged in the deadly crime.

Five lives, five families and countless friends shattered in the time it took to fire two shots from a handgun.

The story began to unfold Nov. 30, the last time anyone saw 17-year-old Aidan Dawson, who had been reported missing. An avid user of social media, Dawson posted on his Instagram account about that same time. In the photo, he is standing on a small porch of a brick house, wearing jeans and a black Louis Vuitton belt. The location tag – which may or may not have been accurate - said Atlanta, Georgia.

Five days later, during the early evening hours Tuesday, someone called the sheriff’s office to report two men were dead near a house on the 1800 block of Reed Creek Drive, the same road where, in 1996, police found the body of another 17-year-old slaying victim.

When investigators arrived this time, they found the remains of Dawson and his 24-year-old friend, Ray Rodriguez.

Officials believe McGlothlin was the triggerman, killing Dawson and Rogriguez with one shot to each man’s head while the five men sat in a red Jeep at the Reed Creek property. Stephens was at the wheel, Rodriguez was in the passenger’s seat and McGlothlin, Dawson and Ambrister were in the back of the Jeep.

The suspects then dragged or carried the bodies to behind the outbuilding, Dunagan said. And until Tuesday night, lived their lives.

Rodriguez also had a black Louis Vuitton belt like Dawson’s belt. In a social media post about a week before his death, Rodriquez is seen wearing it. The caption to that post reads: “Couple niggaz plotting on killing me … Do it look like I’m worried.”

Investigators issued search warrants for the Jeep and a second vehicle, McGlothlin’s white Camaro, where they found a handgun they believe to be the murder weapon, Dunagan said. It looked like someone had tried to clean the Jeep, he added.

The sheriff said the five men knew each other, but the strength of the friendships is not known at the time. Nor is a motive for the killings, although Dunagan thinks drugs were somehow involved. There is no evidence that the men argued before the homicide occurred, he said.

None of the suspects has criminal records. Rodriguez, though, was convicted in October 2014 in Carroll County Circuit court on three counts of carnal knowledge of a 13- to 14-year-old female. According to court records, he received three 10-year sentences, with nine years suspended from each, to run consecutively.

It’s a big case for a small county. Dunagan has 26 employees working on it and is getting help from the Wytheville Police Department and the Virginia State Police, which has given him access to a task force.

On Thursday, divers were busy searching for evidence in some body of water, but Dunagan wouldn’t reveal the location.

The case involves so many people with so many stories that it will take two weeks or longer to put together a narrative of what happened, the sheriff said. He said more search warrants and charges will probably be filed in the case; however, there are no more suspects.

As a defendant in a capital murder case, McGlothlin must have a lawyer with experience in trying a capital case. The court appointed attorney Steve Milani with the Office of the Capital Defender for Southwest Virginia and Jimmy Turk to represent him.

The sheriff said deputies were familiar with McGlothlin.

About two months ago, another online photo of McGlothlin shows him holding a handgun against his face.

Stephens was charged with two counts of being an accessory after the fact to capital murder. His attorney is Michael Sobey. Unemployed and supported financially by his parents, Stephens had a misdemeanor marijuana possession charge dismissed in March, according to court documents.

In court documents, Armbrister was subpoenaed as a witness in the criminal case against a 16-year-old Max Meadows boy, Caleb Spencer, accused of shooting at juveniles after they met up for a fight. Spencer is being tried as an adult and McGlothlin has reposted at least one of Spencer’s songs on his own online song-sharing page.

The latest crime has rocked the county, especially since everyone involved is so young. Local high schools may be rivals, but the students all know each other or know of one another. Dawson was a senior at George Wythe High School. McGlothlin, who attended Wytheville Community College, graduated from Fort Chiswell High School in 2017. Ambrister also graduated from FCHS in 2017; Stephens graduated from there in 2016. Rodriguez attended FCHS, where he was a gifted athlete. All of the suspects and victims were high school athletes.

Wednesday night, friends and families of the victims gathered in Withers Park to honor Dawson and Rodriguez. After hearing kind words and memories about the two men, people in attendance held up candles as two red, heart-shaped balloons were released into the chilly night air.

All over social media, students and community members alike have expressed their shock and sadness over the crime. Many write glowingly of Dawson and Rodriguez.

“Ray was such a young, talented, bright spirit and someone who I will always call my brother,” one friend said of Rodriguez, who enjoyed music and dreamed of becoming a professional rapper. Many said he showed promise. The father of a young daughter, he has recorded videos under the name Young Trill that appear on YouTube.

“R.I.P. bro you are and will be missed until we meet again,” a viewer wrote.

“Can’t wait to hear this guy on the radio,” another wrote two years ago. “He WILL be there.”

Also a rapper, McGlothlin has several songs on SoundCloud with 190 followers. His profile says he is a “musician who fell in love with the art that music offers.”

A GWHS student said the school was eerily quiet Wednesday as everyone there absorbed the loss of the popular Dawson. Many students checked out of school. On Thursday, students at Wythe County high schools and at Bland County High School wore Dawson’s favorite color, red.

Friends said Dawson had a smile that could light up a room and people were naturally drawn to him.

“He was the type of kid that could walk in a room full of people and just make everybody happy,” one friend said. “He was always happy and always smiling. He was such a happy dude, he was always happy.”

The murders hit students and teachers at GWHS and FCHS hard.

“Never in my life have I walked through a hallway at the beginning of the day and there is nothing but silence. It was just quiet,” one student said Wednesday after news of the deaths were announced. “I think everybody is just trying to take it in.”

Wythe County Public Schools Superintendent Jeff Perry said the school system is saddened by the loss of its students and that crisis counselors have been in place to help those struggling with the deaths and arrests.

“As a father, it is hard to imagine the loss of a child. Our thoughts and prayers go out to the parents and family members impacted by this loss. We also realize that there will be a number of friends, relatives, and staff members connected with this situation who will be impacted. We have additional counselors and crisis management teams in place to effectively deal with those who are struggling,” Perry said. “We have been in constant communication with building level administrators and they are doing a wonderful job dealing with the students and the issues created by the situation. We are so appreciative of the administration and staff who possess such a caring and compassionate spirit toward the wellbeing of students. We will keep the family and friends in our thoughts and prayers. We stand ready to do all that we can to help our students and community through this process.”

Sheriff Dunagan said the community is taking the crime and the arrests hard, adding that he can’t go out without being asked about it. He said people wonder how such a senseless act of violence could happen here.

Dunagan wonders, too, but he is confident in his team’s case.

“I think we’ve got plenty to convict this kid of capital,” he said.

Employees at ZF TRW in Atkins learned on Thursday that the company will permanently close the plant at the end of 2022.

His kids are gone and so is his freedom.

Step into The Toybox and step back in time.

Wytheville Police Department investigators are trying to identify a suspect in the Sunday theft of a Wythe County school bus.