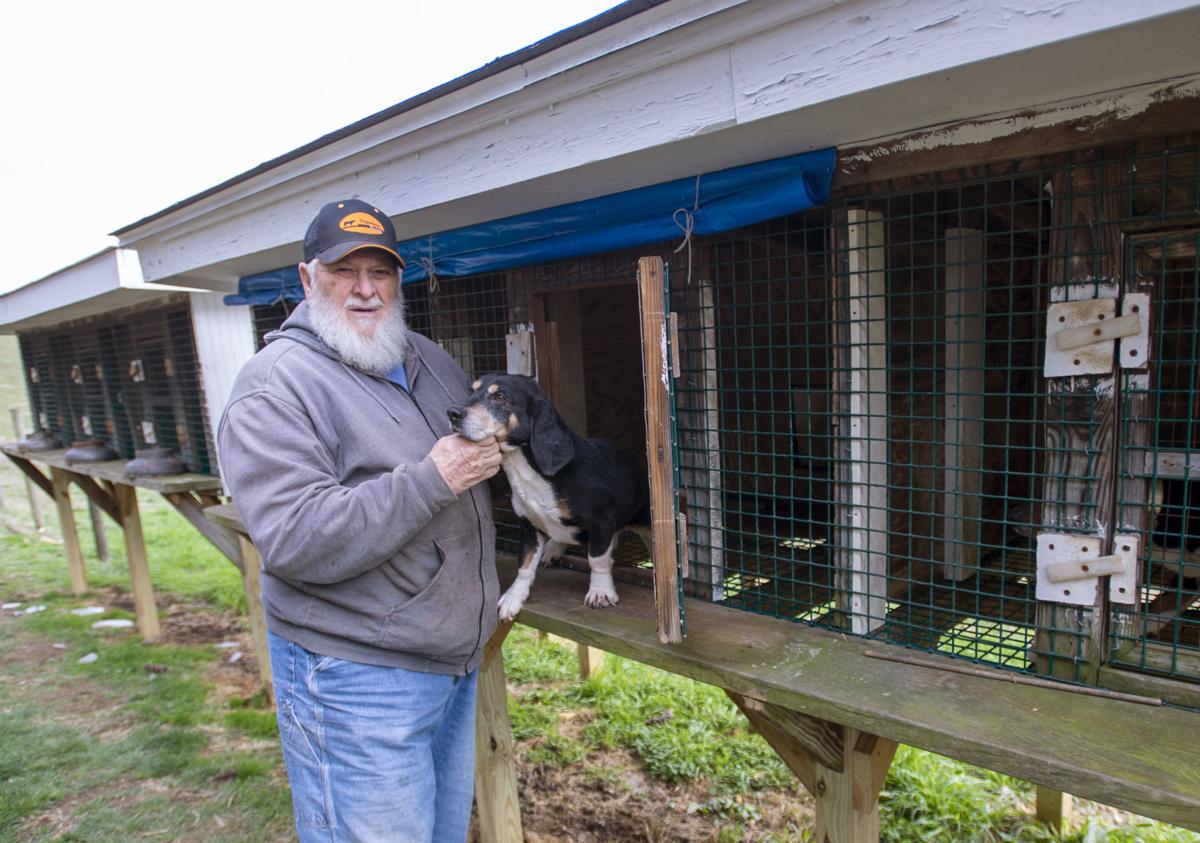 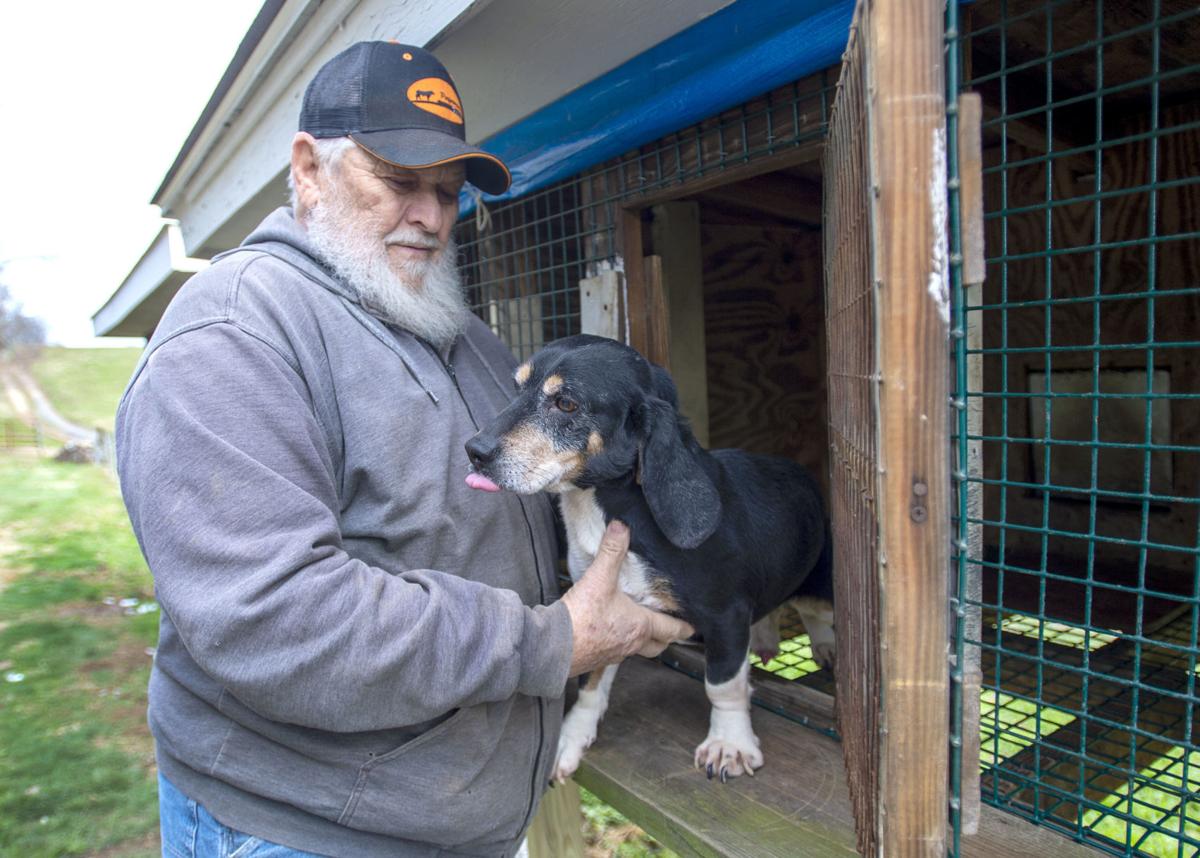 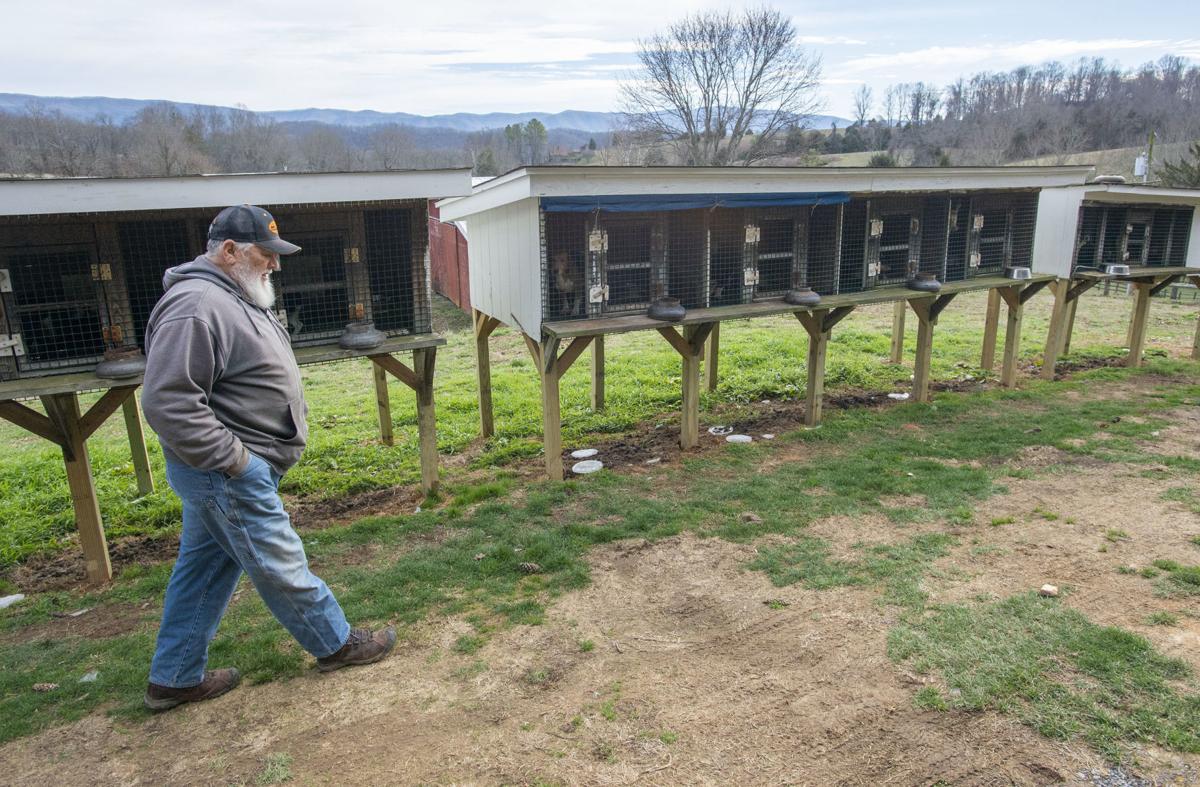 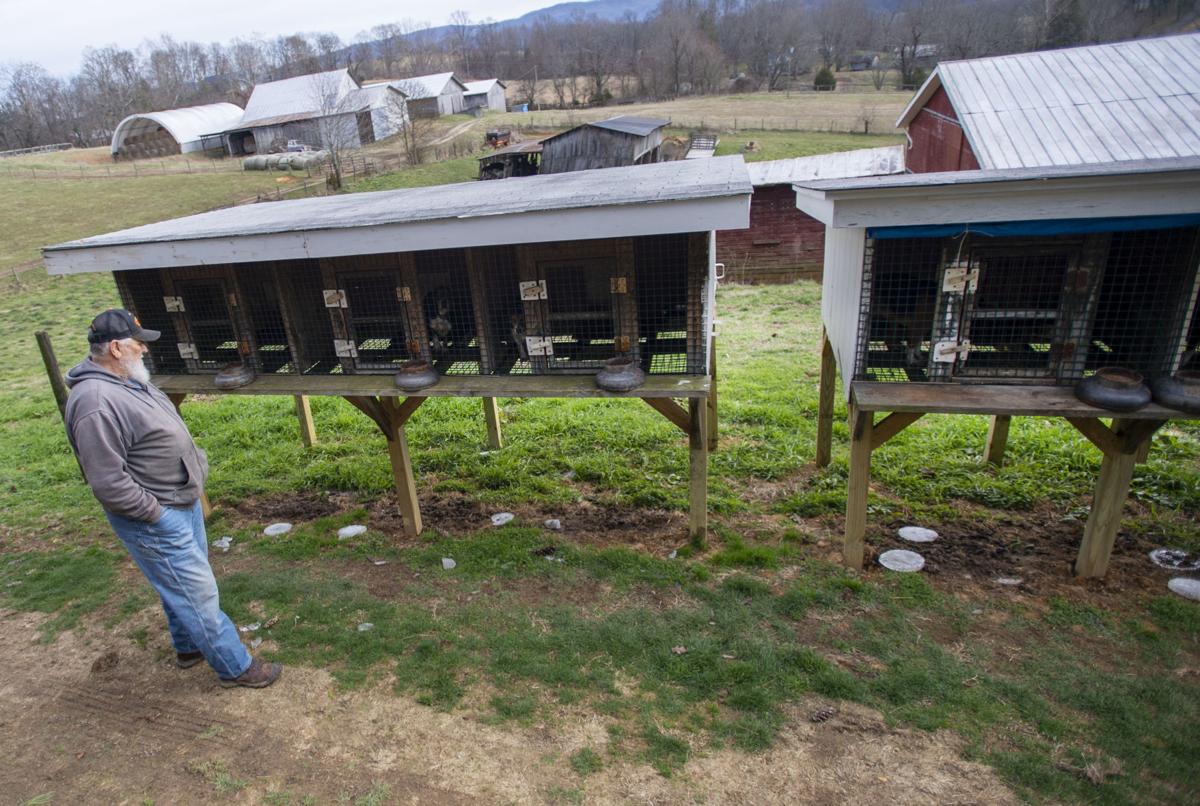 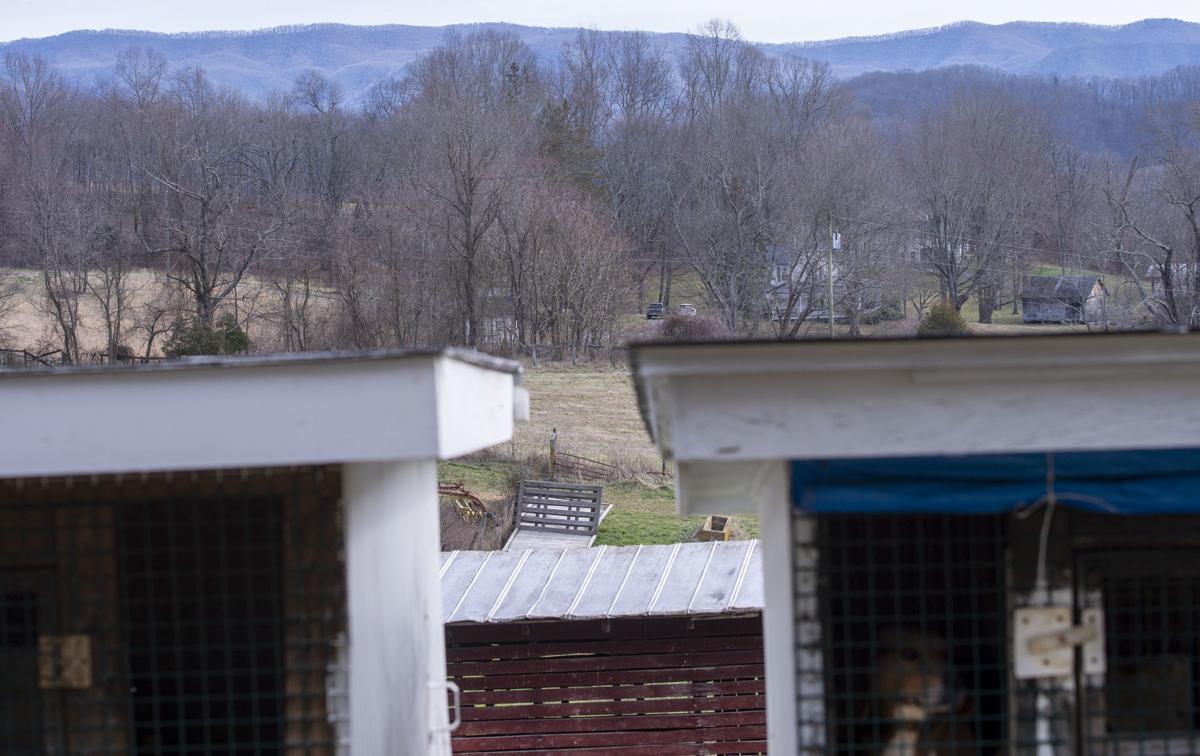 Neighbors have complained about the hunting dogs owned by Kenneth Rowe barking during the night. Rowe has received two summons from the Washington County Sheriff's Office for the dogs barking. 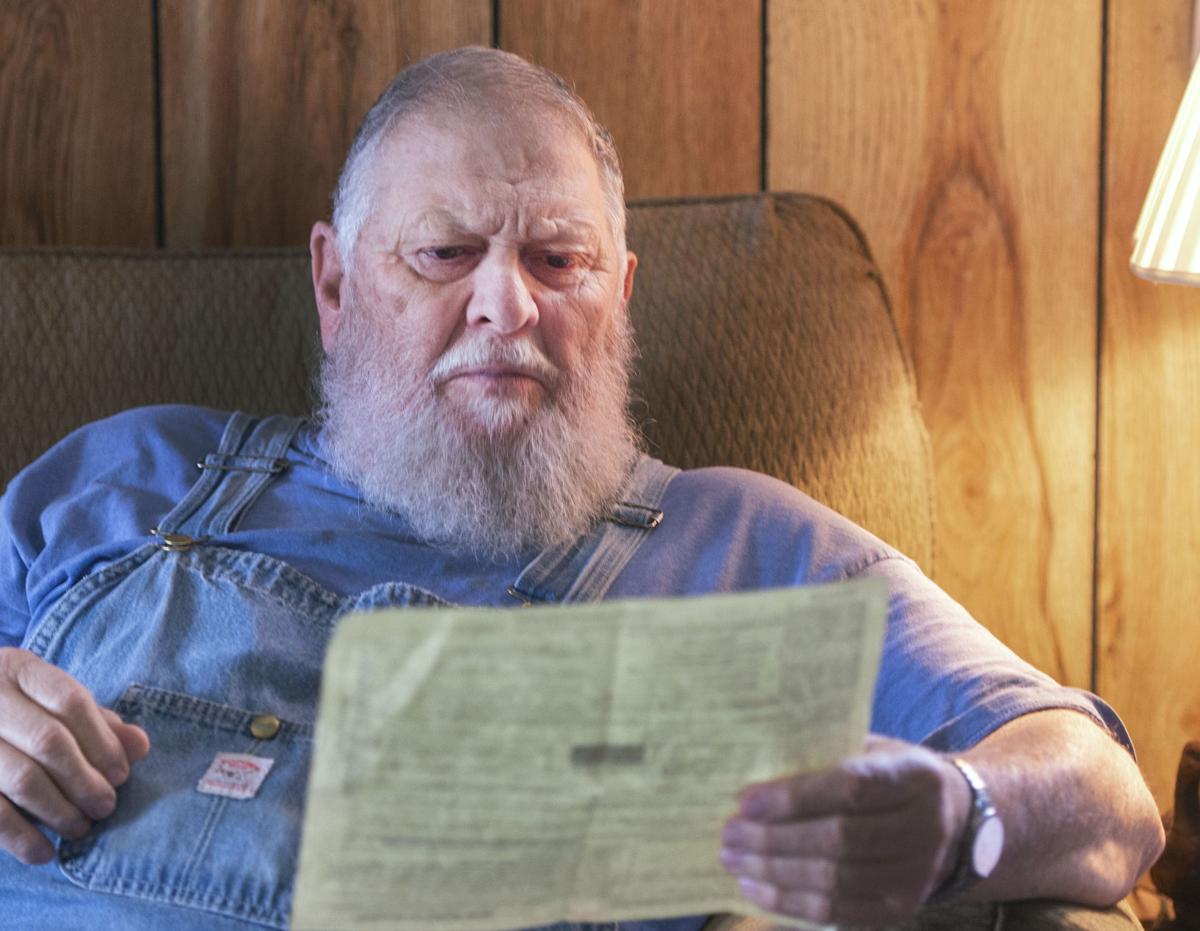 Kenneth Rowe looks over one of the two summons that he received from the Washington County Sheriff's Office for his hunting dogs barking. 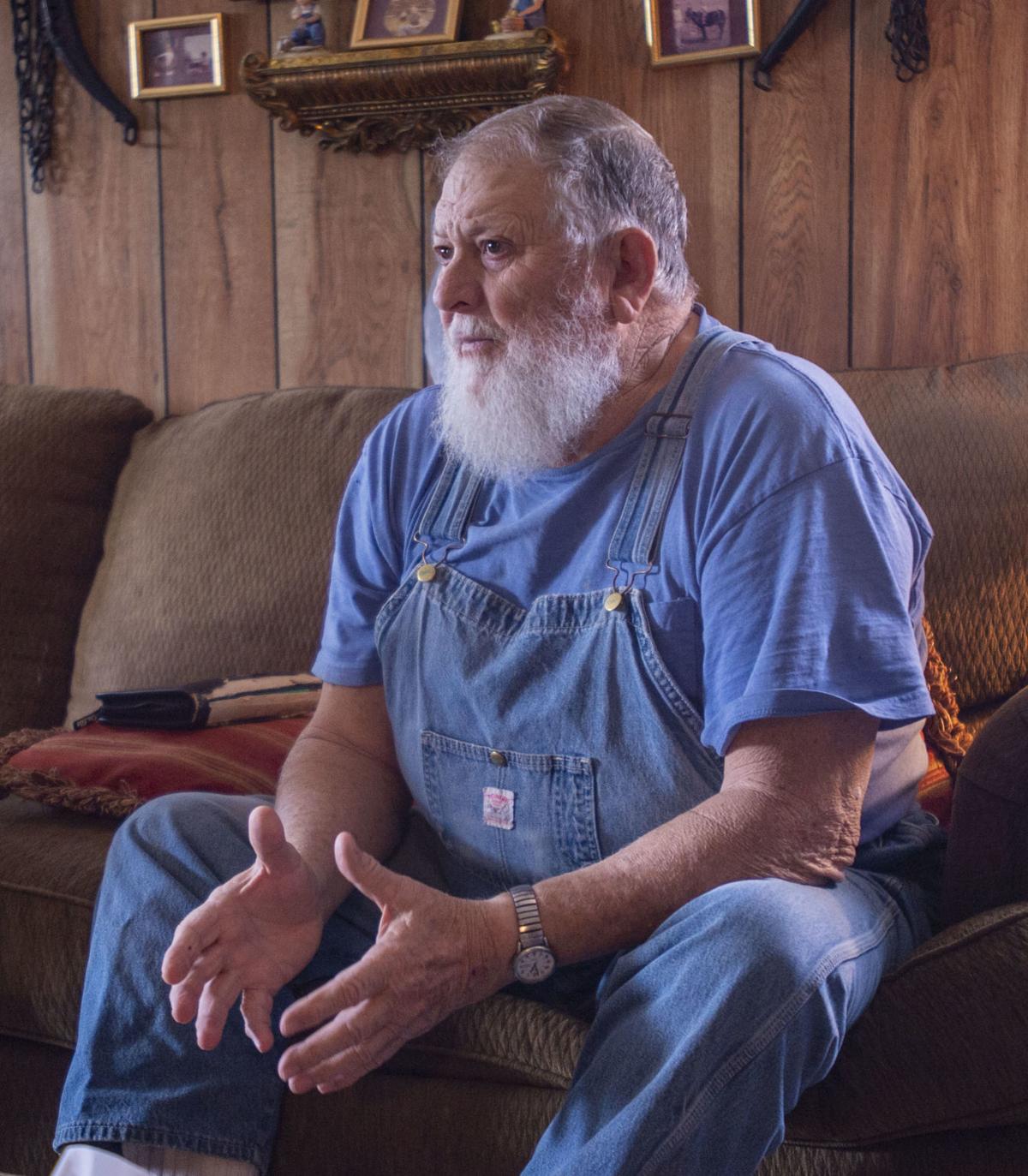 Kenneth Rowe about the two summons that he received from the Washington County Sheriff's Office for his hunting dogs barking.

But not all of his neighbors love hearing his beagles bark.

Rowe’s wife of 50 years, Carol Rowe, called her husband “just an elderly person enjoying life, and now he’s got all these problems.”

Since 1972, the Rowes have made their home near Green Spring, on the outskirts of Abingdon near South Holston Lake. All along, too, the couple has had as many as a dozen dogs.

By law, they could have more.

“I buy a 20-dog kennel license every year,” said Kenny Rowe, 72. “You could either have 20 with one license or 30 with another. You can have all the dogs you want so long as you get a license.”

Why so many dogs?

But those hunting dogs have been known to squall — day and night.

As a result, for the better part of a year, Kenny Rowe has faced visits to his home from deputies with summonses for him to appear in court and a fine that he’s willing to appeal — but not pay. Instead, he says, he’ll go to jail because the county’s noise ordinance doesn’t specifically address dogs barking, so he hasn’t violated anything.

Blake Baker, 55, is a former neighbor who spent 10 years within earshot of Rowes’ dog posse.

“Think about it: 10 beagles and hounds going crazy at 3 in the morning,” he said. “I don’t care if you have a box fan or a window air-conditioning unit, you’re going to hear it.”

He said other neighbors also complained about the dogs barking.

Along the way, Baker said to Kenny Rowe: “You’ve got to do something about those dogs. They constantly bark.”

For a few years, Baker and Rowe simply laughed about it, Baker said.

“But it got to the point where he added more dogs,” said Baker. “And, all of a sudden, at 3 in the morning, it would sound like they were sitting on my back porch.”

Baker began calling the Rowes with complaints. But, eventually, he said, the Rowes blocked his phone number and wouldn’t take his calls.

“And I talked to them in person about it,” Baker said.

Kenny Rowe installed some barking collars on the dogs, and that worked for a while, according to Baker, until the batteries ran out.

“And the police would come out,” said Carol Rowe, 67. “And they would shine the beagles (with) their lights. And, of course, the dogs would throw a fit.”

“Everybody’s got a dog,” Kenny Rowe said. “Your dog barks. You’re not going to stop him from barking.”

Baker, in turn, had a couple of dogs “that barked all the time,” Kenny Rowe said. “And I never said a word about it.”

The dogs live in a single row of kennels, where they began barking as soon as they were approached by the Rowes during a recent interview.

After a series of summonses and court dates, Kenny Rowe was headed back to the Washington County Courthouse recently to appeal being charged with having barking dogs, but the case was postponed after he hired an attorney.

Baker has since moved from the property near the Rowes, but he still plans to be there if the case goes to court.

“I owe it to the rest of the neighborhood to help alleviate the situation because, if something can be done, it needs to be done,” Baker said. “It’s not like it’s cows mooing. It’s dogs going crazy, and something needs to be done about it. It’s not fair to the other residents around him to put up with that kind of noise pollution.”

Complaints over the barking beagles grew gradually, according to Baker.

“It wasn’t all of a sudden we started calling the cops,” Baker said. “There was this long progression of face-to-face and phone calls, asking for help.”

Baker complained about the dogs “going absolutely nuts, and nothing can be done about it.”

Eventually, the Sheriff’s Office informed Baker that the county noise ordinance was in place to keep animals quiet between 10 p.m. and 7 a.m.

The complaint against Kenny Rowe was brought under the current noise ordinance, according to County Attorney Lucy Phillips, who said the ordinance includes barking dogs in the definition of operating a device between the hours of 10 p.m. and 7 a.m.

“It is specifically designed to include animals,” Phillips said. “Most people will do what they can to not harm their neighbors.”

Still, this appears to be the first dog barking case that has gone to court, Phillips said.

The noise ordinance does have exceptions for emergencies, like using a chain saw or maintenance equipment, she added.

“Another example, separating calves and cows results in calves bawling all hours of the day until the calves get used to being on their own,” Phillips said. “That is not a violation because it is agriculture.”

Kenny Rowe said he spent $450 to implement changes to “stop the sound coming out of my kennels.”

He installed insulated kennels with closed backs and sides.

“Just the front’s open. And that’s it. And I turned the block back towards the house to kill the sound.”

Robert and Anne Lough are the current owners of Baker’s former property. The couple has lived in the country throughout their 52-year marriage. And that’s why they chose this home on June 6, 2019.

On the first few nights, the Loughs stayed in an Airbnb on the property: The Cottage at Stillpoint. And that’s when she noticed the dogs barking like “a cacophony,” Anne Lough said. “I didn’t even know what it was at first. It was so unreal.”

In time, she found the dogs barked “literally every night after we moved in and every morning,” she said. “They would wake me up at 3 in the morning, 4 in the morning.”

Other times, she said, “It was like an echo, a megaphone. It echoed right back into my kitchen window. We couldn’t leave our windows open or anything.”

Now, months later, the sound is more muffled, Anne Lough said, after the Rowes turned the kennels to face a shed on the property.

As a neighbor to Kenny Rowe, living about a fifth of a mile away, the Loughs know this is a tough situation.

“We don’t have any animosity towards him, and I know he loves his dogs,” she said.

Still, Anne Lough worries about rentals in the Airbnb and whether the barking dogs could affect customers.

“I still find it to be invasive for guests.”

On that night in June, county officers arrived at the Rowe ranch, and, according to Kenny Rowe, one officer said, “Your dogs are a’barking.”

Kenny Rowe replied, “There ain’t no damn wonder. You’re out there, shining that light around at 3 in the morning.”

Then Rowe went out a door. The officer said he “didn’t want no trouble” and suggested Rowe “throw the dogs a bone,” Kenny Rowe said.

After that, the officers left, he said.

But the dogs remained.

“But they could not make no decision,” Carol Rowe said. “There was no law for barking dogs.”

Those charges were dismissed.

But, again, Kenny Rowe was cited with another summons accusing him of breaking the county noise ordinance.

He stood trial again in Washington County General District Court on Sept. 5, according to Carol Rowe, but it took the judge several days to make a decision.

On Sept. 24, Kenny Rowe discovered that he was found guilty of breaking the noise ordinance and ordered to pay a fine of $241.

Yet he refused to pay and chose to appeal the case.

“He is considered a criminal,” Carol Rowe said with a smile. “He’s a criminal, but he ain’t done anything. We ain’t done nothing but live here. He’s hunted his whole life. And he’s enjoyed his dogs.”

“You see his attitude?” Carol Rowe asked. “When we go to court, he says that if they find him guilty again, he’s going to jail because he will not pay them a dime. He didn’t break no law.”

A Rural Retreat teenager will spend more than a decade behind bars after pleading guilty on Monday to possessing child pornography.

Keeping The Tavern a well-oiled machine

ABINGDON, Va. — Josh Fuller has now wrapped up more than a year at the helm of The Tavern.

BRUMLEY GAP, Va. — In a quiet, secluded neighborhood outside of Abingdon, a small group of residents are returning to an old-fashioned way of doing business.

Tina Hayes knew for years that she would lose her arm. In her early 40s and suffering complications from the AVM (arteriovenous malformation) …

One of two teenage girls missing from the Chilhowie area has been located.

Neighbors have complained about the hunting dogs owned by Kenneth Rowe barking during the night. Rowe has received two summons from the Washington County Sheriff's Office for the dogs barking.

Kenneth Rowe looks over one of the two summons that he received from the Washington County Sheriff's Office for his hunting dogs barking.

Kenneth Rowe about the two summons that he received from the Washington County Sheriff's Office for his hunting dogs barking.