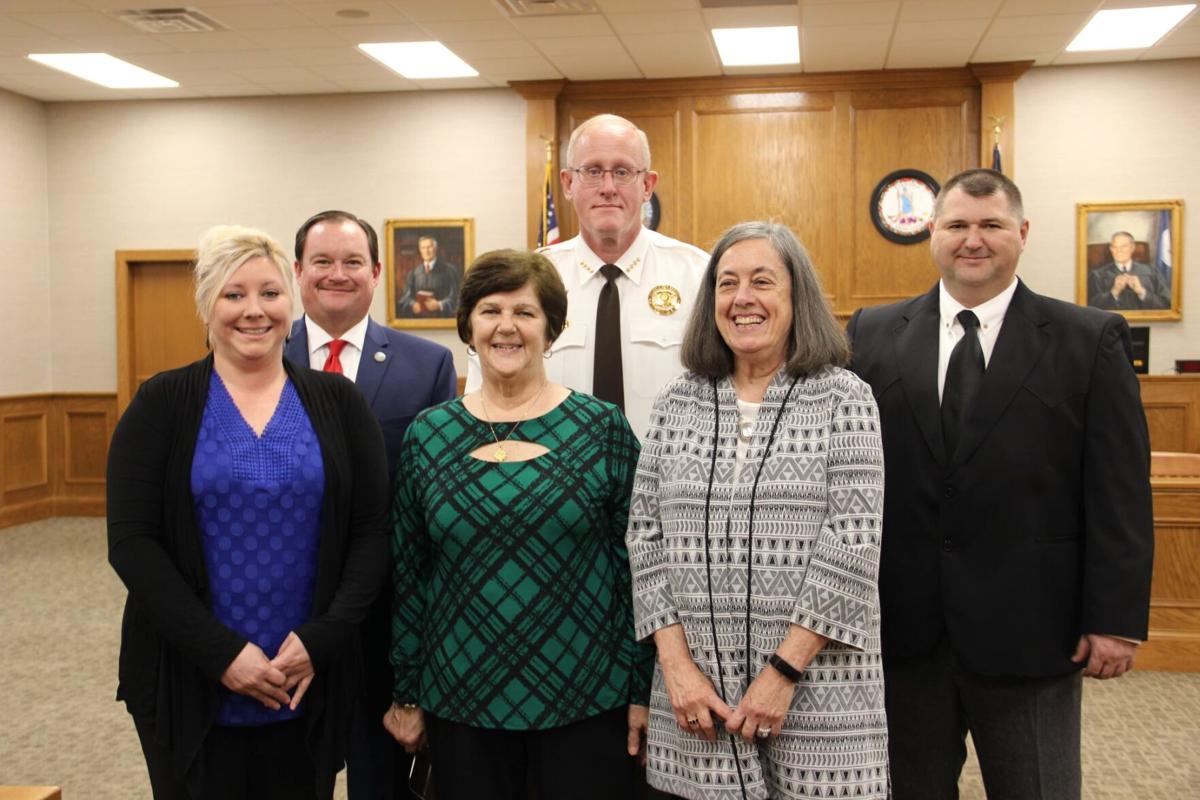 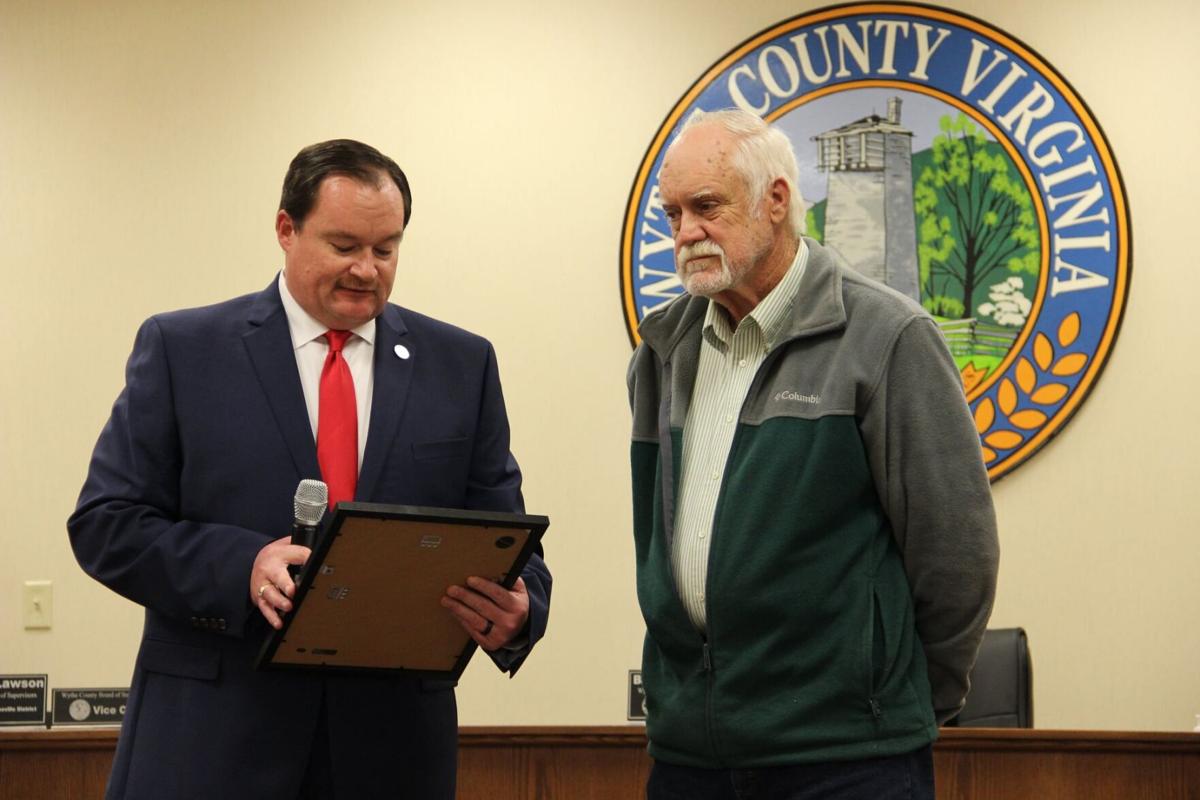 Wythe County Board of Supervisors Chairman Brian Vaught, left, reads a resolution honoring Coy McRoberts, who represented the Lead Mines area on the board for 12 years.

Wythe County held an Oath of Office Ceremony Dec. 28 in the courtroom of the Wythe County Circuit Court on Fourth Street. Judge Josiah Showalter administered the oaths to three Board of Supervisors members, the Wythe County sheriff and two school board members.

Sworn in for the Board of Supervisors was newcomer Jessee Burnett, who represents the Lead Mines district, and incumbents Brian Vaught and Ryan Lawson. Wythe County Sheriff Charles Foster was also sworn in, along with incumbent School Board members Peggy Wagy and Ann Manley. School Board member Steve King was sworn in earlier in December.

During the meeting, the Board of Supervisors honored McRoberts for his time on the board with a resolution. McRoberts was elected to represent Lead Mines in November 2009 and began his first term Jan. 1, 2020. He served on the board for three consecutive four-year terms. McRoberts was actively involved with promoting the fire departments and rescue squads, schools and community facilities. He was particularly interested in building a community center for the people of Barren Springs, which remains on the board’s radar.

“Wythe County wants to thank Coy for his hard work and dedication for helping the members of the community,” Wythe County Public Information Officer Elizabeth Sweeney said in a press release.

A store returning to Wytheville and an artist’s home décor shop are making business news this week. In Marion, a longtime thrift store is look…

Two Washington County residents have been hired to help grow outdoor recreation and tourism in Damascus.

The Inn at Foster Falls is almost ready to welcome guests. When the multi-million dollar renovations are complete this year, it will have take…

Jeri Ward was crowned Mrs. Virginia at Hotel Roanoke on Saturday, Jan. 15, and will now compete in Mrs. International 2022 at the Meadowview Resort and Convention.

A divided Planning Commission voiced some reservations Monday before voting 4-2 to forward a rezoning request for a proposed hotel to the Bristol Virginia City Council.

WH: We 'don't know' if Russians are playing games

WH: We 'don't know' if Russians are playing games

Wythe County Board of Supervisors Chairman Brian Vaught, left, reads a resolution honoring Coy McRoberts, who represented the Lead Mines area on the board for 12 years.