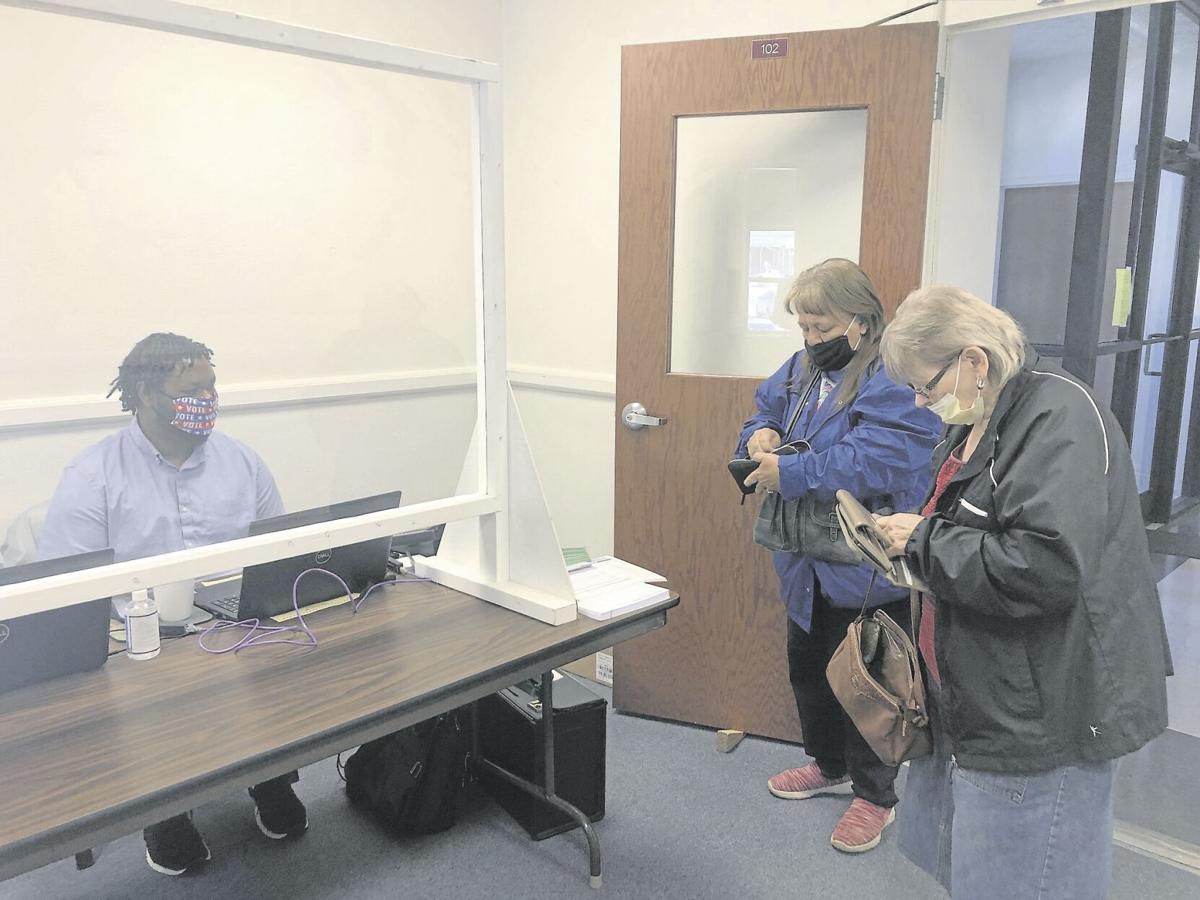 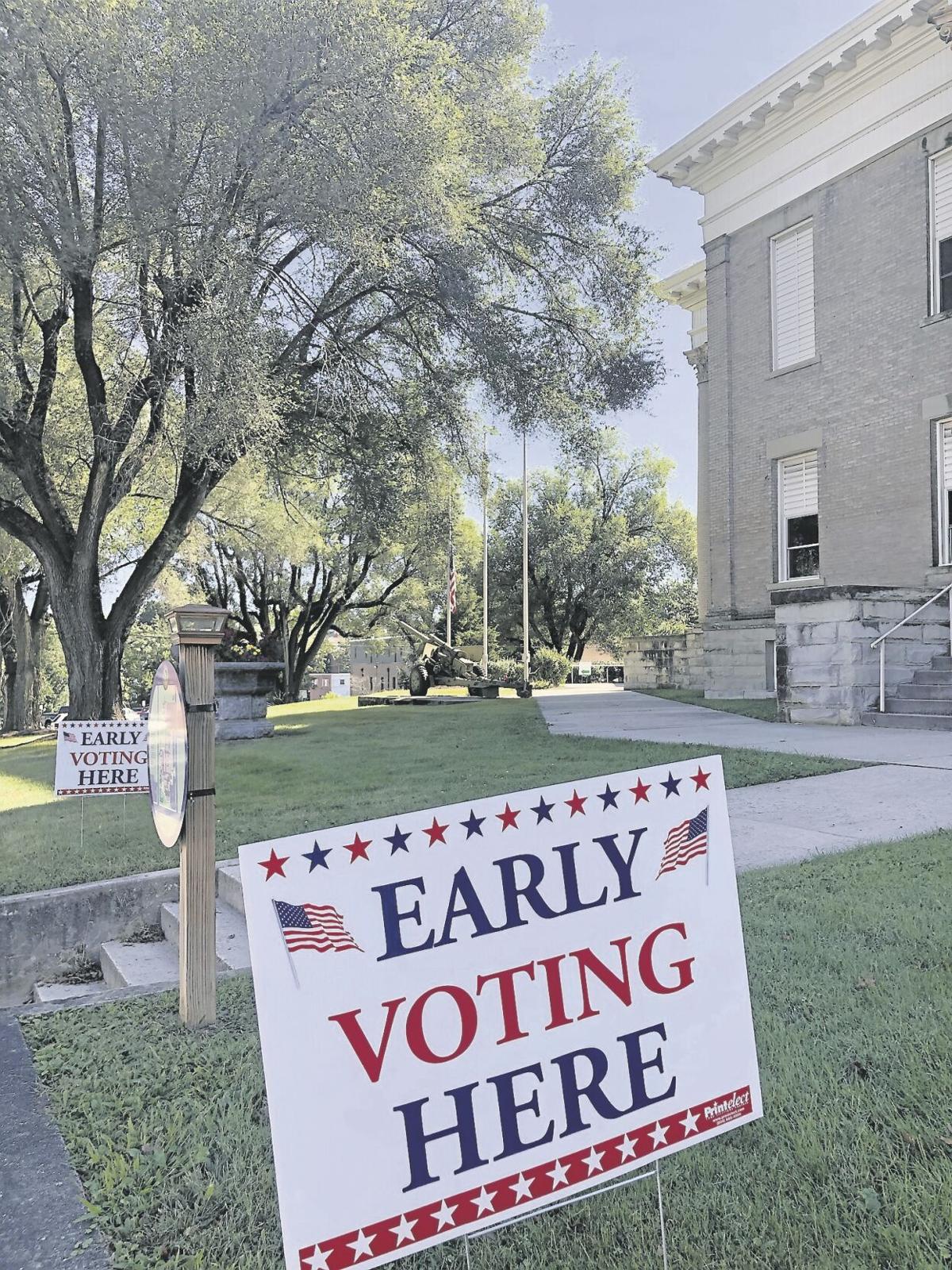 Early voting is proving to be popular in Wythe County as a steady stream of voters have walked into the old courthouse to cast their ballots since voting started on Sept. 18.

“We have had a great turnout so far,” Wythe County Registrar Lennon Counts said Monday. “In just two days, we have had 212 citizens vote early. We would like to remind voters that early voting is in the main courthouse building. We would also like to remind voters that there is handicap access from the parking lot of the courthouse. If a voter has applied to vote absentee by mail and chooses to vote in person, they must bring their absentee ballot with them.”

Voters can also deliver their completed absentee ballots in person at the courthouse.

On Monday, friends Sandra Castor and Judy Six, both of Wytheville, got a jump-start on Election Day.

“It’s to beat the crowd, hopefully, and stay away from the coronavirus,” Castor said. “I think it’s a great thing – and you can thank the Democrats for that.”

Sharon Umberger of Speedwell was one of about 40 people who voted early on Monday before lunchtime. On Friday, nearly 100 voters cast early ballots.

“I was here doing some other things and thought while I was here, I’d go ahead and vote and be done with it,” she said.

Umberger obviously likes the idea of early voting, but wished the polls hadn’t opened until at least a presidential debate had taken place – in case some minds are changed.

“I think it’s bad that it’s before the debate; it should have been after the debate because people can’t change their votes after they’ve voted.”

“I think it’s a very good idea to ensure that the process works,” he said.

“I wanted to be sure that my vote got counted,” Martin added.

Wythe County voters can vote in-person weekdays through Oct. 31 inside the old county courthouse right inside the Spring Street entrance. Hours are from 8:30 a.m. to 4:30 p.m. weekdays, plus two Saturdays on Oct. 24 and 31. You will need an acceptable form of identification like a driver’s license, voter registration card or utility bill with your name on it.

Tazewell, Va. – A Tazewell businessman has been arrested and charged with distributing drugs.

After more than two years of avoiding the courtroom, a former NASCAR Xfinity driver and his state lawmaker attorney appeared before a Smyth Co…

Local business owners Jennifer Puckett and Megan Collins are not afraid of chasing their dreams — even during a pandemic.

A November preliminary hearing has been set for a 72-year-old Wytheville man accused of possessing and distributing child pornography.

BRISTOL, Tenn. — Officers from the Bristol Tennessee Police Department found three bodies from an apparent murder-suicide at a Trammel Road residence early Saturday after responding to a report of shots fired.

An Abingdon manufacturer has agreed to pay more than $50,000 in fines for hazardous waste violations, including improperly disposing of more than 6,200 pounds of it, according to the Virginia Department of Environmental Quality (DEQ).