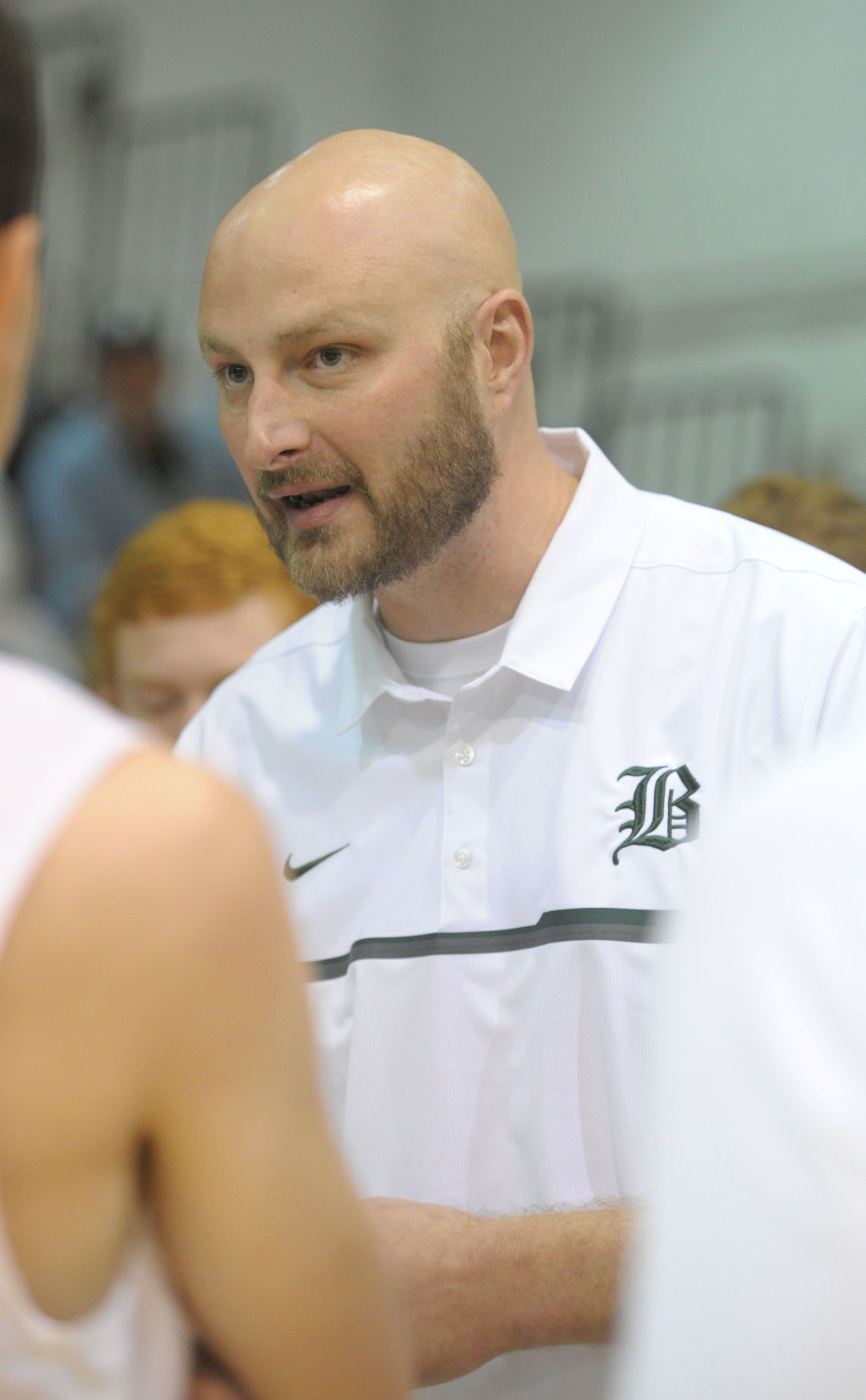 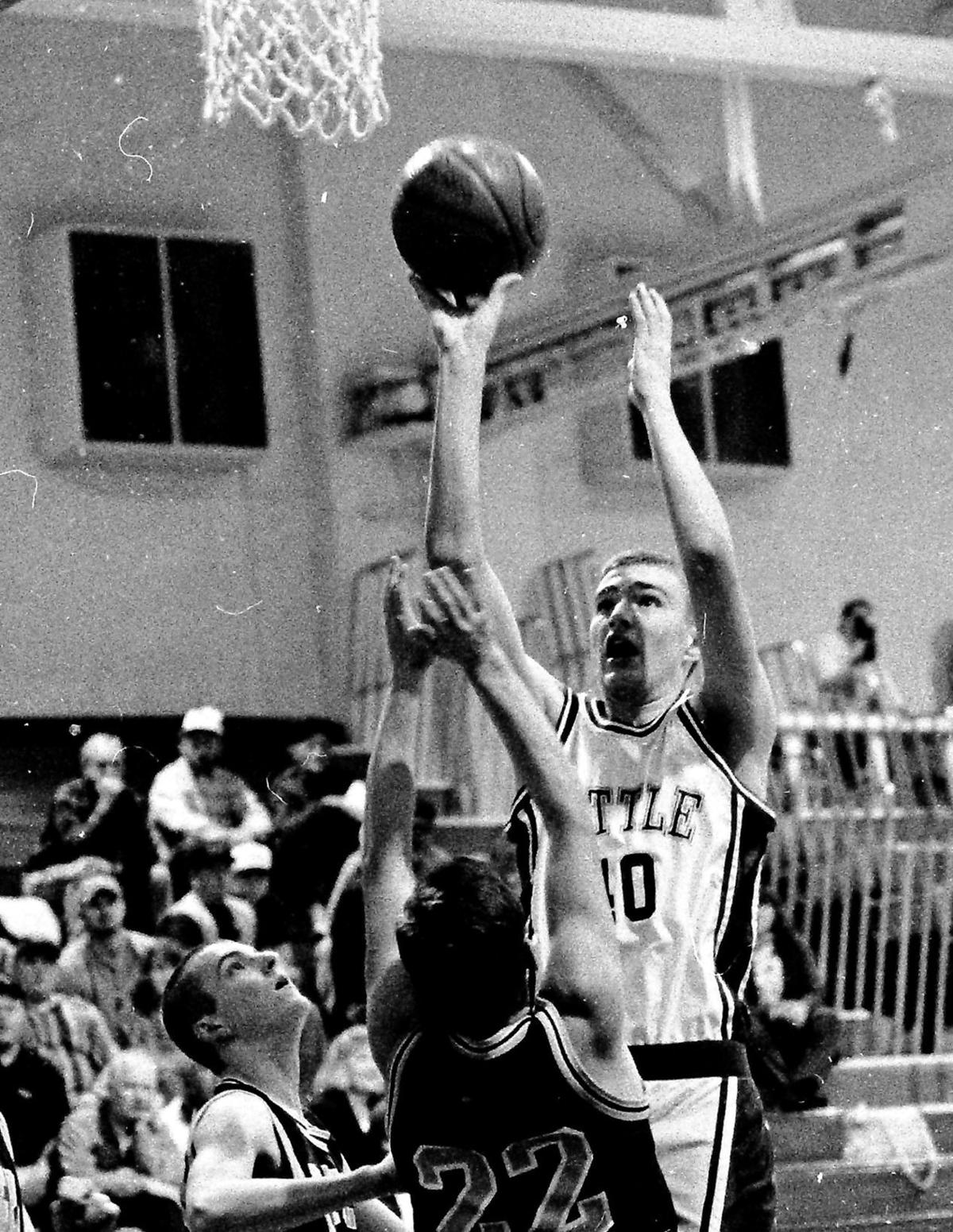 Jon Odum — who was a star basketball player at John Battle High School and spent the last three seasons as the head coach of the Trojans — died on Saturday at the age of 39.

Odum succumbed to brain cancer, which he had courageously battled since being diagnosed in the fall of 2016 with an aggressive form known as glioblastoma multiforme.

Folks throughout Southwest Virginia offered their sympathies on social media Saturday, as Odum was a popular guy among those in the Battle community and opponents of the Trojans.

“You know, life sometimes just isn’t fair,” said Gate City coach Scott Vermillion. “You get curveballs like Coach Odum got, but I’ve never seen anybody handle it as well as he did. He stayed positive and never complained. Every time I talked to him, he was always upbeat and positive. He would never talk about himself; he would talk about his team. What a great person. He was a family man and a great coach.”

Odum compiled a 44-29 record in his three seasons as head coach in the rugged Mountain 7 District, and his team qualified for the Region 2D tournament twice. He did that while battling his illness with dignity and grace.

“He was such an inspiration to his players because he never gave up,” said Caleb Goins, a 2018 John Battle graduate. “There were many days when we could tell he wasn’t feeling well, but he never let that get in the way because he cared too much to let it affect us.”

The Trojans had a winning record in each of Odum’s three seasons at the helm. He was the school’s golf coach as well.

“The biggest thing Coach Odum taught me was to accept challenges and to do the hard things that others might not want to do,” said John Battle senior Reed Samuel. “He taught me to not back down from challenges, not only on the court but also in life. Lastly, I would want to share that he was a great man. He cherished his family and was kind to everyone. You could really see God shine through him, and I think he set a great example of how we should live our lives.”

Odum had brief stints as an assistant hoops coach at Patrick Henry and Virginia High, but the school located off Interstate 81’s Exit 7 was not only his alma mater, but it was his home.

“John Battle is special to me and my family,” Odum said in a 2016 interview with the Bristol Herald Courier. “My dad went to school there and played sports. My sister and two brothers went there, and my grandmother worked there. My time in school was great. … Being a coach at a school I love so much is an added bonus.”

Odum also made his mark as a player for the Trojans, and he was the centerpiece of a team that finished as the 1998 VHSL Group A state runner-up.

He averaged 21.7 points and 6.8 rebounds per game that winter, while shooting a sublime 69.4% from the field. He earned Bristol Herald Courier Southwest Virginia player of the year honors.

“Jon was quiet and humble in his high school days but played like a dude on the basketball court,” said John Battle baseball coach Jimmy Gobble, who was Odum’s high school hoops teammate. “He was a big guy who could score. He had, in my opinion, one of the single best basketball seasons of anyone in Battle basketball history that year. … Battle has lost a superstar who impacted this community as a coach and a player.”

“He was outstanding,” said Phil Worrell, Odum’s coach at VI. “You go through 35 years of being a head coach, and there always will be a few you remember standing out among the field, and he’s one of those. I’ll always remember him as just being a pleasure to coach, and it was a blessing to have been his coach. This is not only as a player but just as a teammate and a person. He was just top drawer and a five-star.”

Odum carried himself as a college kid the same way he did in the final years of his life.

“He was just the kind of leader you appreciate as a coach,” Worrell said. “He was always there and working hard. He didn’t have a bad day as far as his attitude was concerned. Even if he did have a bad day, you wouldn’t know because he had such an even temperament.”

Odum was steadfast on the sideline as well.

“His teams competed and played hard every game,” Vermillion said. “They kind of took on his personality. He was a fierce competitor and did it with class. I never heard an ill word come out of his mouth.”

Those in the John Battle community had rallied behind Odum since his diagnosis and Pray4Odum could be seen on shirts and signs around the school. Folk Soul Revival held a benefit concert for the Odum family in January.

“He coached at John Battle, taught at Wallace [Middle School] and his kids [Macy, Luke and Jase] go to High Point [Elementary School],” said Battle principal Jimmy King. “This whole community has been aware of the situation and are all hurting.”

A Rural Retreat teenager will spend more than a decade behind bars after pleading guilty on Monday to possessing child pornography.

One of two teenage girls missing from the Chilhowie area has been located.

The weight of the decision resting on their shoulders was obvious Monday evening. They wanted more information. They longed for a blueprint, a…

A Wytheville family lost its home in a fire Monday afternoon. Wytheville Assistant Fire Chief Michael Fronimos said no one was home when the f…

If you've had a lawn ornament pilfered from your yard during the last few months, you might want to check with the Wythe County Sheriff's Office.

ABINGDON, Va. — Cameras are set to start rolling in Abingdon, where local film producer David Alford will shoot his next film, “Found.”