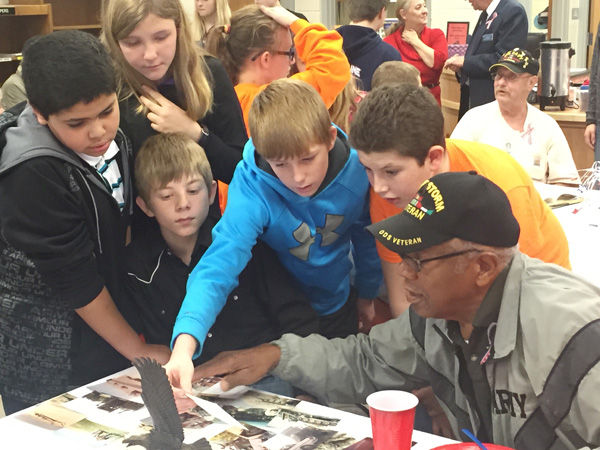 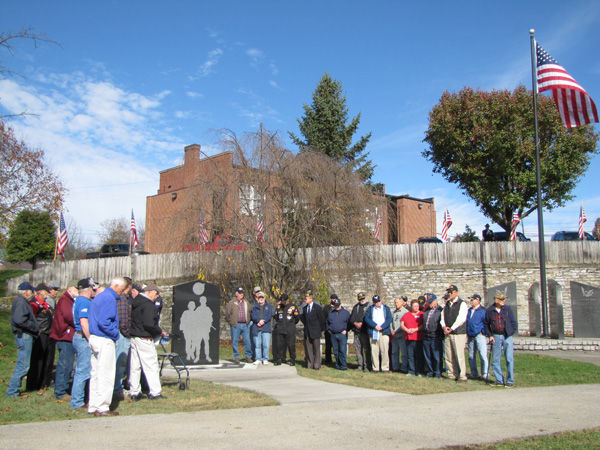 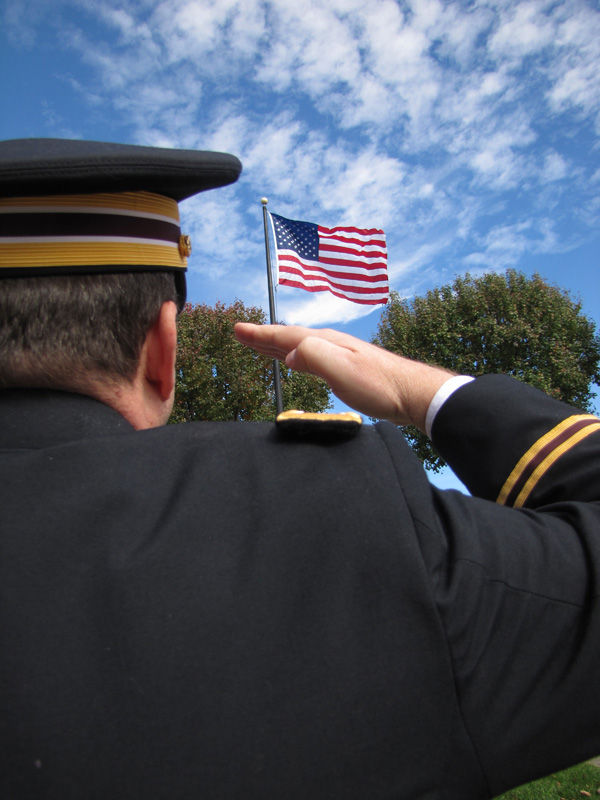 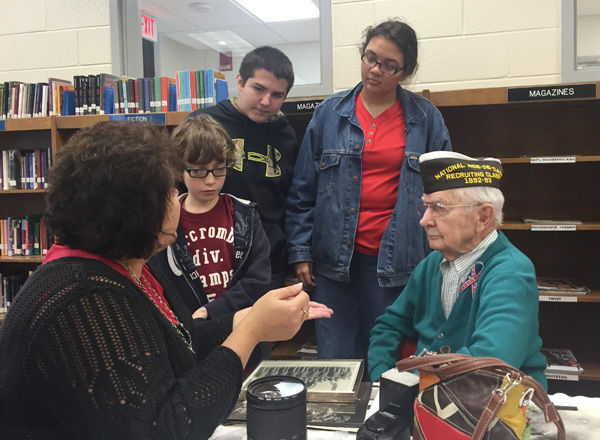 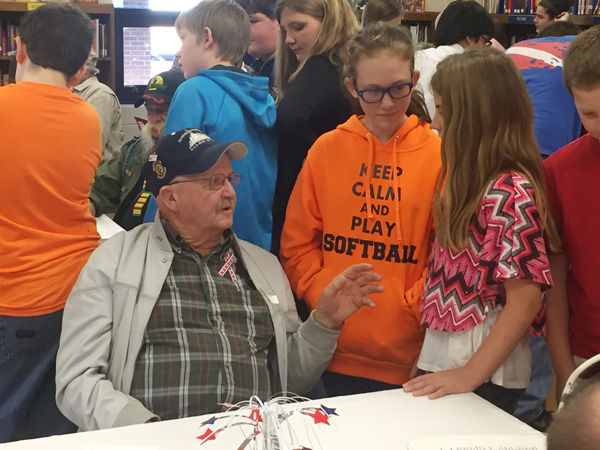 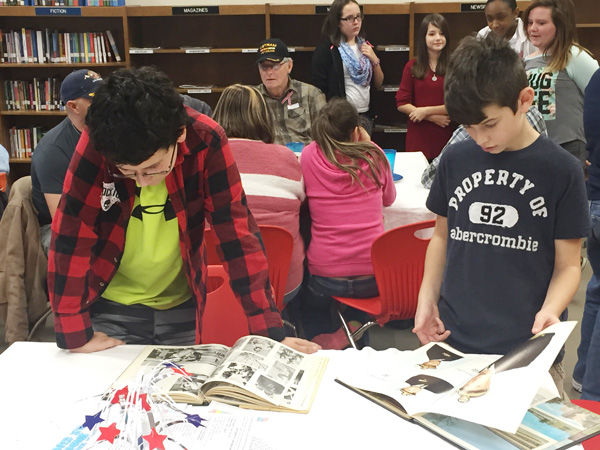 Students look at mementos brought in by veterans. 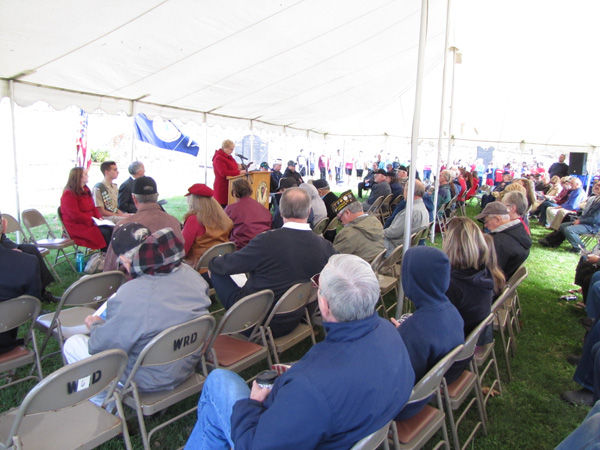 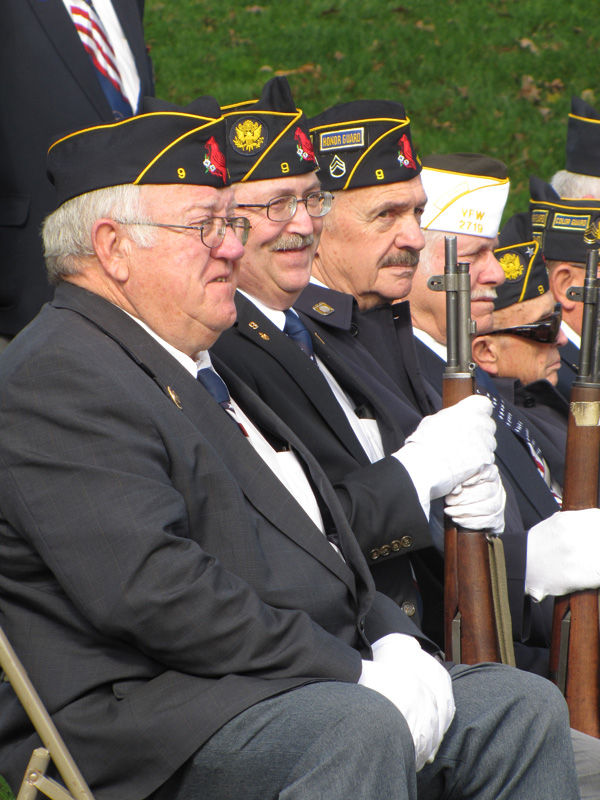 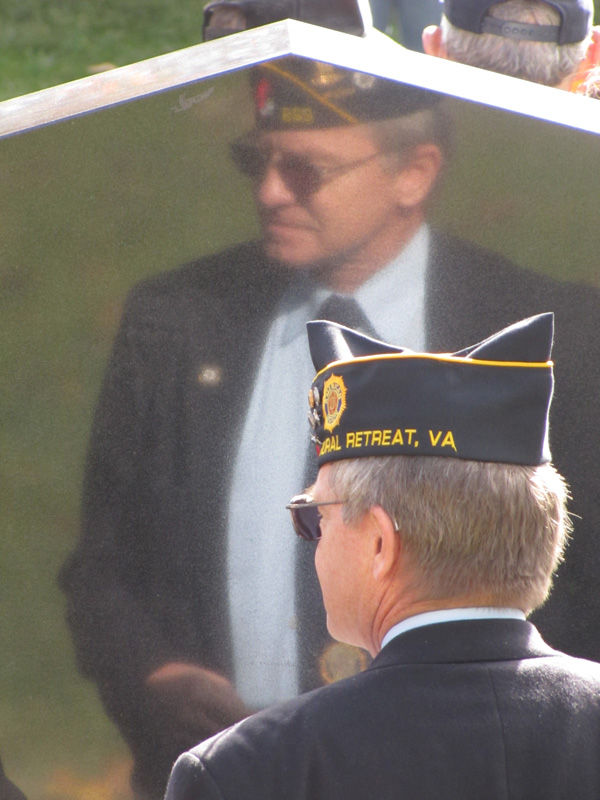 A veteran is reflected in the new Wounded Warrior monument. 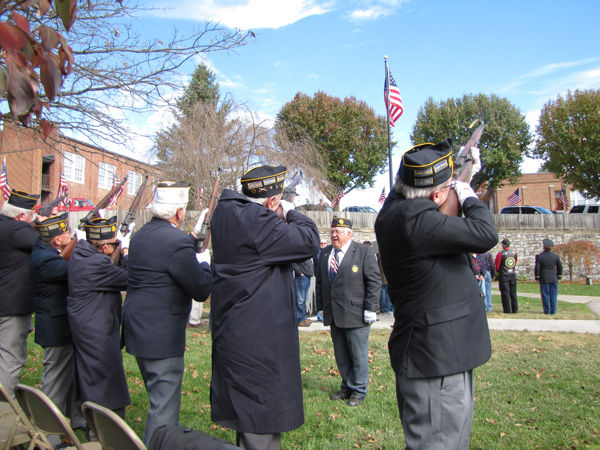 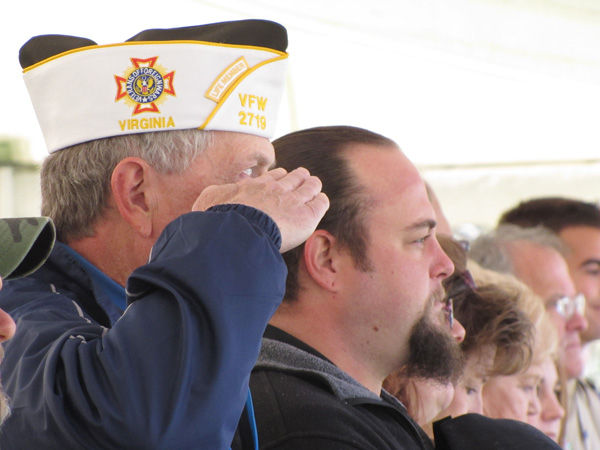 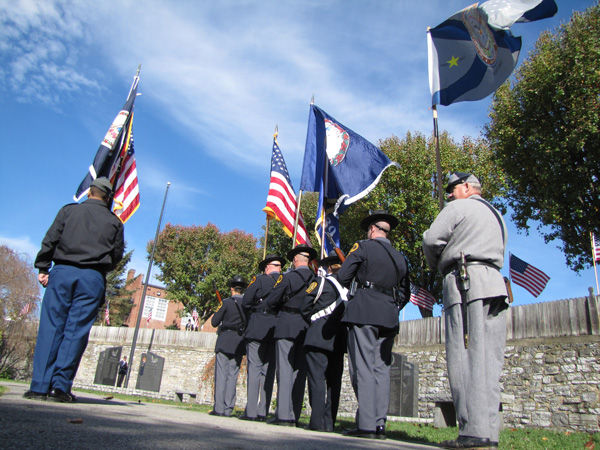 Wythe County was awash in red, white and blue and remembrance on Wednesday as residents rallied around their military members for Veterans Day.

A new monument to Wounded Warriors was dedicated in Wytheville’s Withers Park on Wednesday morning, and Rural Retreat Middle School students mingled with veterans from World War II to Iraq and all points in between.

“In this community we know freedom…isn’t free,” said Wytheville Mayor Trent Crewe. “This is a very patriotic community and we’re honored to be in a place like this.”

Iraq and Afghanistan veteran William Hicks said the new memorial was a testament to those veterans with physical or emotional scars.

“We will forever be grateful to all of you,” he told that crowd that included veterans from a variety of service branches.

Now in its 10th year, the middle school Veterans Day program welcomed those who served to the library for refreshments, fellowship with other veterans and chats with students.

Around 30 veterans showed up for the morning program with many sticking around for a program in the high school's auditorium. This year's program featured veteran Sheriff Keith Dunagan, patriotic music and sophomore Brandon Johnson performing "Broken Street," a song penned by his father to draw awareness to the plight of homeless veterans.

Keeping The Tavern a well-oiled machine

ABINGDON, Va. — Josh Fuller has now wrapped up more than a year at the helm of The Tavern.

BRUMLEY GAP, Va. — In a quiet, secluded neighborhood outside of Abingdon, a small group of residents are returning to an old-fashioned way of doing business.

BRISTOL, Va. — Rural King has announced a “soft open” date of Aug. 21 for its new location near Interstate 81’s Exit 7, according to a recent post on the business’s Facebook page.

Students look at mementos brought in by veterans.

A veteran is reflected in the new Wounded Warrior monument.