NFL Sunday: Follow the latest scores and updates from the NFL

EMORY, Va. — Six former professors at Emory & Henry College are being recognized for their valuable contributions to the arts during careers that spanned nearly 50 years.

Hosted by Emory & Henry College and the McGlothlin Center for the Arts, a “Legends of the Arts” gala will pay tribute to the former professors during an evening of special entertainment and performances open to the public on April 8.

The professors, recognized for launching successful programs in music, theater and the visual arts at the college, are Marius Blesi, theater; George Chavatel, visual art; Charles “Chick” Davis, vocal music; Ludwik Sikorski, instrumental music; Alys Sikorski, instrumental music; and Alan Pickrell, theater, all of whom are deceased with the exception of Pickrell, who will be in attendance to accept his award.

The event, which will be held in the McGlothlin Center for the Arts on campus, begins with a VIP reception at 6 p.m., followed by a tribute program, which begins at 7 p.m., in the Kennedy-Reedy Theatre of the center.

Student-led performances will be held during the gala that are references to the work of the legends. In between each performance, video tributes related to each honoree will be shown.

The planning stages of the upcoming gala have invited people to reminisce on their fond memories of the professors.

One of those is Jill Bergeron of Knoxville, Tennessee, who graduated from Emory & Henry College in 1975.

Bergeron studied with all of the professors, with the exception of Dr. Blesi.

“I majored in music and minored in art and drama. Alan Pickrell gave me the gift of theater, which I pursued in graduate school, earning my doctorate degree from Louisiana State University. The Sikorskis took me and others to New York City with them many times to see operas at the Met — they were great to me, like fun grandparents. Chavatel was a character and so passionate about art. They were all tremendously influential in my life and I am very grateful to have had those experiences,” wrote Bergeron in an email.

Dr. Ed Damer, emeritus professor of philosophy and former chair of the Division of Visual and Performing Arts at the college, fondly remembers his colleagues, all of whom he worked with while teaching at the college.

As an English professor, Blesi was an avid supporter of theater. He incorporated play productions in his English classes until Alan Pickrell was hired as a speech and drama professor at the college.

The attention Blesi gave to theater eventually led to the creation of theater performances at the college.

Damer said the former professor is best remembered for directing the college performance of “Our Town” by Thornton Wilder each year. “I think he liked the play because it celebrates the hometown values and relationships that he found in coming to the town of Emory,” Damer said.

According to a press release from Emory & Henry College, Blesi and his wife, Lucille, who also served as the makeup artist, sponsored Alpha Psi Omega, the drama fraternity. Blesi was a graduate of Harvard University, where he earned both bachelor’s and Master of Arts degrees. He later earned a doctorate degree from the University of Virginia. His doctoral thesis focused on the actress and playwright Anna Cora Mowatt, who wrote the play “Fashion,” which was the first play directed by Blesi at Emory & Henry.

Emily Blesi Anderson, daughter of the couple, will accept the award on behalf of her father.

Chavatel, fondly known by his students and friends as “George Giraffe,” was an accomplished artist who “did it all,” said Damer.

His storage rooms near his office were literally crammed with every kind of scrap material — paper, plastic and metal — he collected for his art education students to use for projects.

As the college’s first art department chair, Chavatel encouraged students to use art to better understand the world around them and how to find their place in it.

Chavatel, who taught at Emory & Henry for 29 years beginning in 1965, was known for exhibiting a strong support of his students and regional artists. Countless students found their paths in the art world because of his guidance and encouragement.

He also encouraged community appreciation of the arts through enhanced art exhibition throughout the region.

“He respected and cared for all of us and was always doing kind things,” said Damer, who remembered Chavatel would often secretly slip onto a colleague’s desk a congratulatory or encouraging note attached to a spontaneously drawn piece of his art, always signing the art with his trademark name.

Barbara Chavatel, his wife, will accept the award on behalf of Chavatel.

Davis is best known for founding the Concert Choir at Emory & Henry, a cornerstone of the college’s music program.

According to the press release, his leadership of the vocal music program at the college won for him and the institution many honors and helped identify the choir as a distinctive part of the college character, creating a passionate cadre of alumni who expressed both a lifelong love of music and a lasting respect for their choral conductor.

As an E&H student from Louisiana, Davis was dubbed “The Singing Quarterback” for his talents on the football field as well as in choir.

His career, which began with a simple love of music, led him to develop and grow the college’s vocal music program.

Damer said that because alumni concert members feel such a deep attachment to their choir experiences, they usually join present choir members on the E&H football field to sing the National Anthem at homecoming events.

Davis had an impact on countless music students, many of whom launched careers as opera singers, choral conductors and members of community and church choirs.

His wife, DeeDee Davis, will accept the award on behalf of Dr. Davis.

Pickrell joined the Emory & Henry English Department in 1964 as a speech and theater professor, later being appointed as the first chair of an independent theater department at the college.

The professor, who brought the love of theater to the rural community, made his students feel excited about learning and encouraged them to pursue their dreams.

Pickrell has participated in more than 500 theater productions in educational, community, semi-professional and professional companies. Hel also was involved in industrial films, television and radio.

Pickrell will be in attendance to accept his award.

Alys Sikorski is remembered as a music teacher with tremendous gifts both for teaching and musicianship, according to the press release. She inspired many Emory & Henry students, both in their music excellence and their appreciation of music.

She was dedicated to the idea that Emory & Henry, through its liberal arts mission and its location in Southwest Virginia, could be a regional beacon for leadership in music education. Alys and her husband, Ludwik Sikorski, were honored by the college in 1985 with the William and Martha DeFriece Award for service to humanity.

“When I think of Alys, the word that comes to mind is ‘teacher,’ because she was always teaching,” said daughter Pravda Sikorski. “There were always students at the house when I was a child. I never wanted to go to bed because I didn’t want to miss anything.”

Ludwik Sikorski was the son of Polish immigrants who taught him to play the violin when he was a child. He and his wife, Alys, established the first marching band at Emory & Henry, and he was the founder and co-director of the Highlands Chamber Orchestra.

He taught the violin, viola and cello and was praised for his talents in both teaching and performing.

Damer said, according to Pravda, in 1949, Dr. Foye Gibson, president of the college sent Ludwik, who was concert master of New Haven Symphony in Connecticut, an invitation to teach music at the college and start an orchestra. Ludwik thought it was a joke and discarded the letter.

A second letter and a phone call from Gibson convinced the couple to come and look over the small Southwest Virginia liberal arts college.

Gibson was a former missionary to Poland who spoke Polish, as did the Sikorskis. It was that language connection that persuaded Ludwik and Alys to take a look at the college and make it their home for the rest of their careers.

Pravda will accept the award on behalf of her parents, Ludwik and Alys Sikorski.

Carolyn R. Wilson is a freelance writer is Glade Spring, Virginia. Contact her at news@washconews.com.

Rapid City Mayor Steve Allender on the B-21 bomber unveiling

Rapid City Mayor Steve Allender on the B-21 bomber unveiling 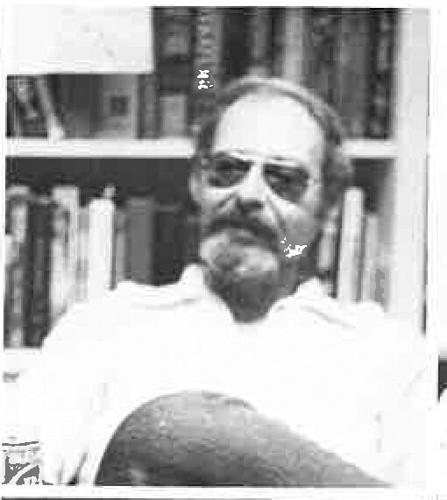 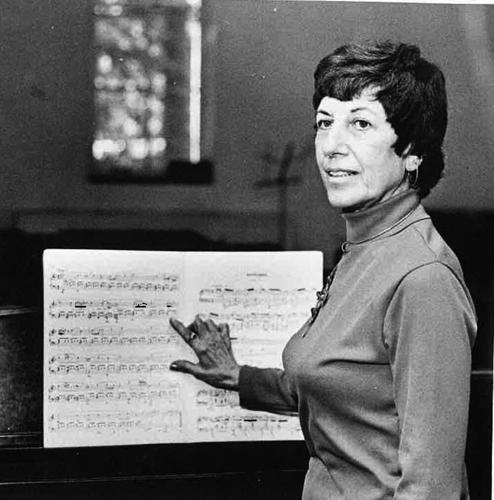 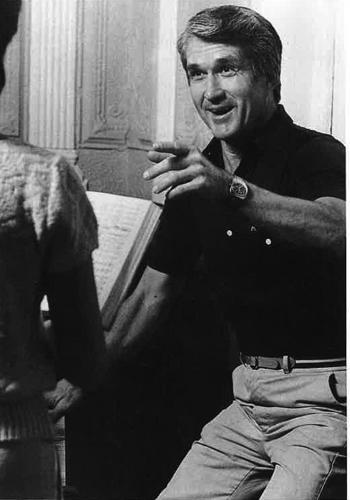 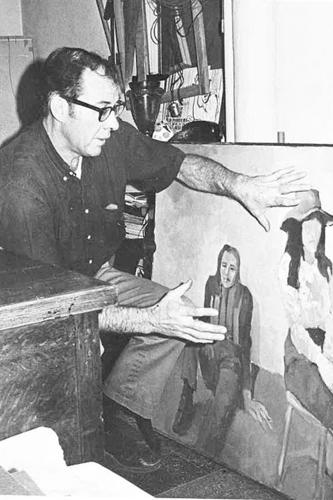 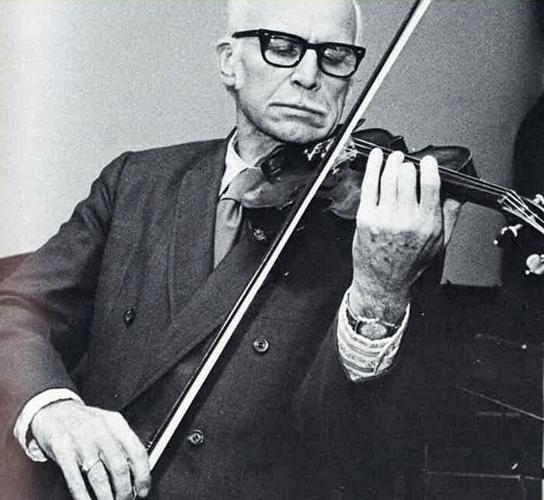 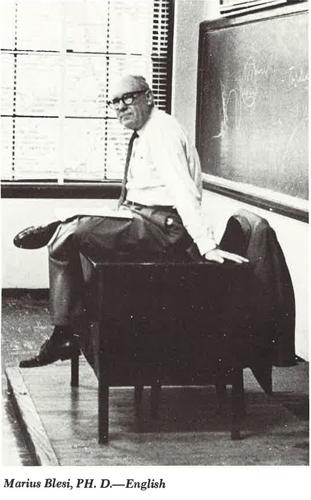