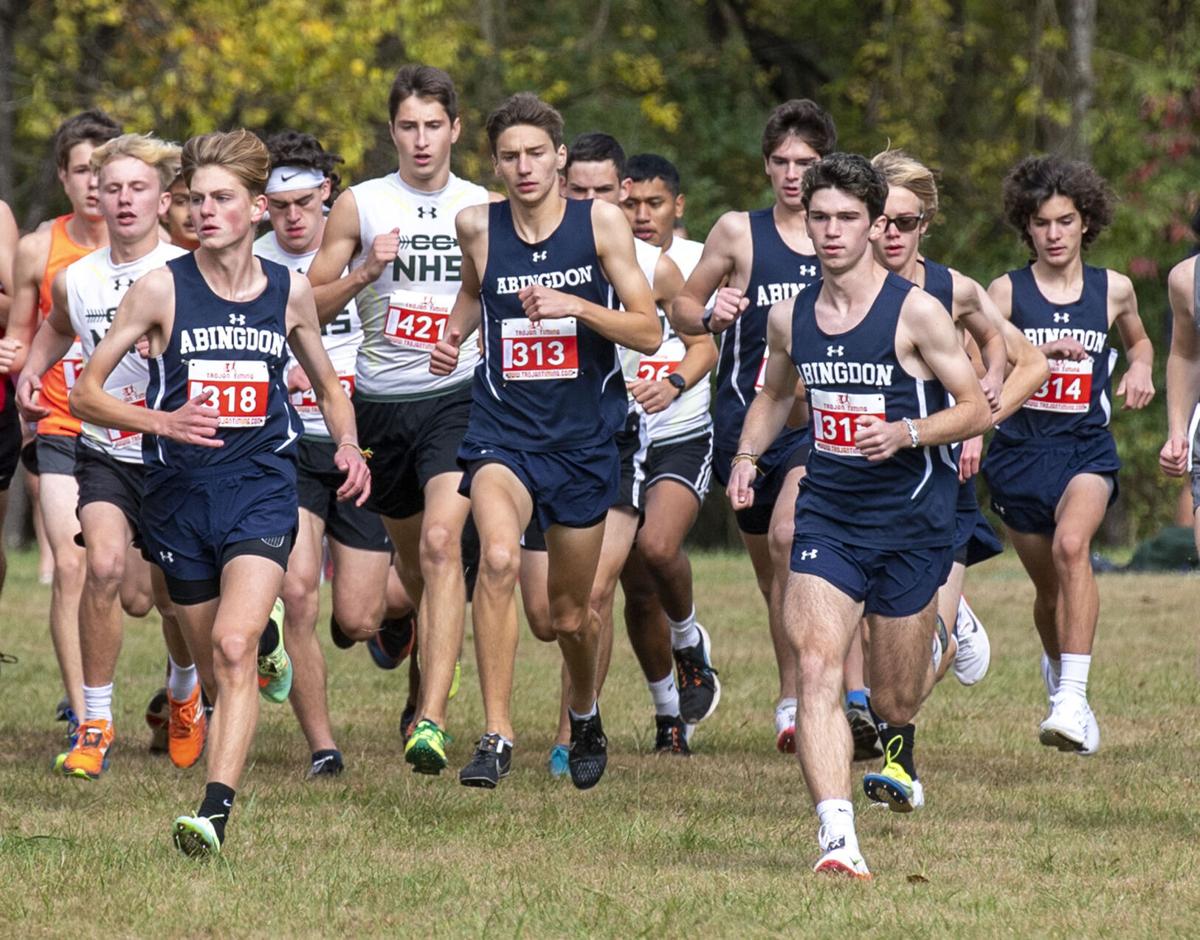 The Abingdon boys cross country team started fast and never let up in winning the Region 3D championship on Wednesday at Sugar Hollow Park in Bristol. 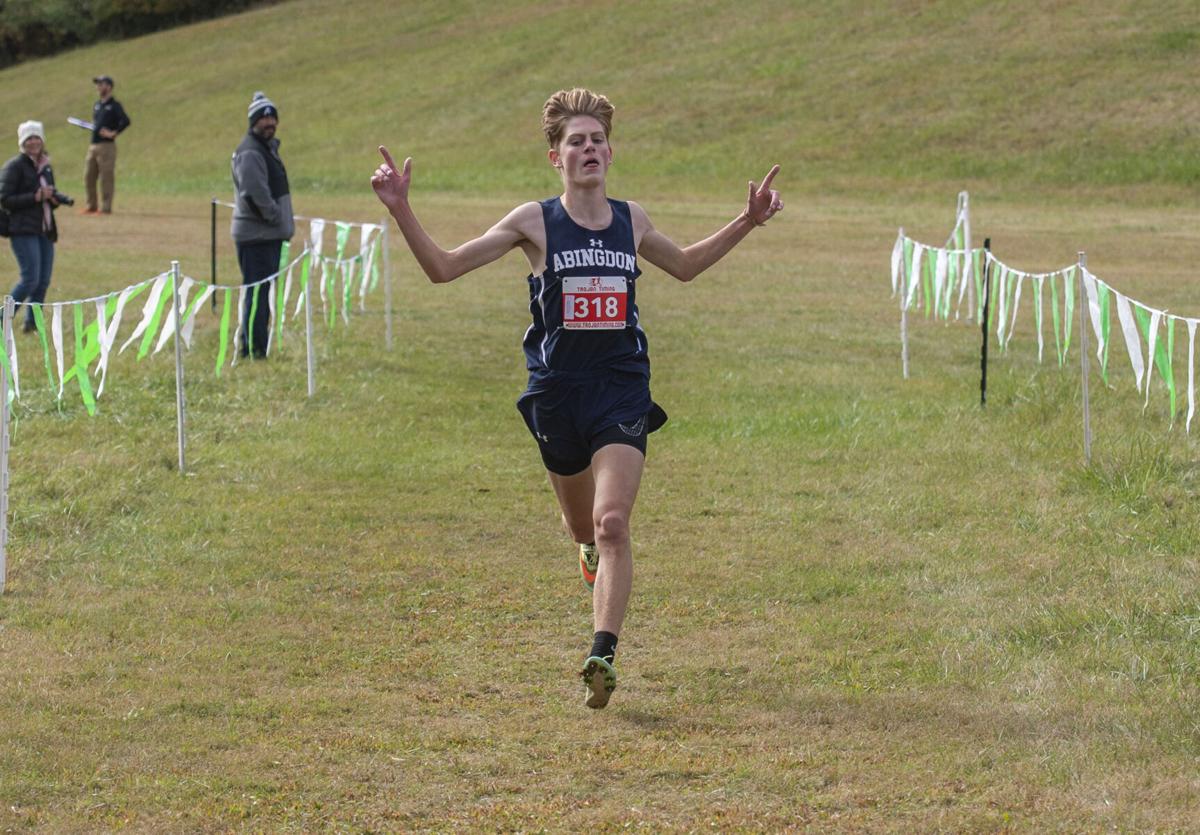 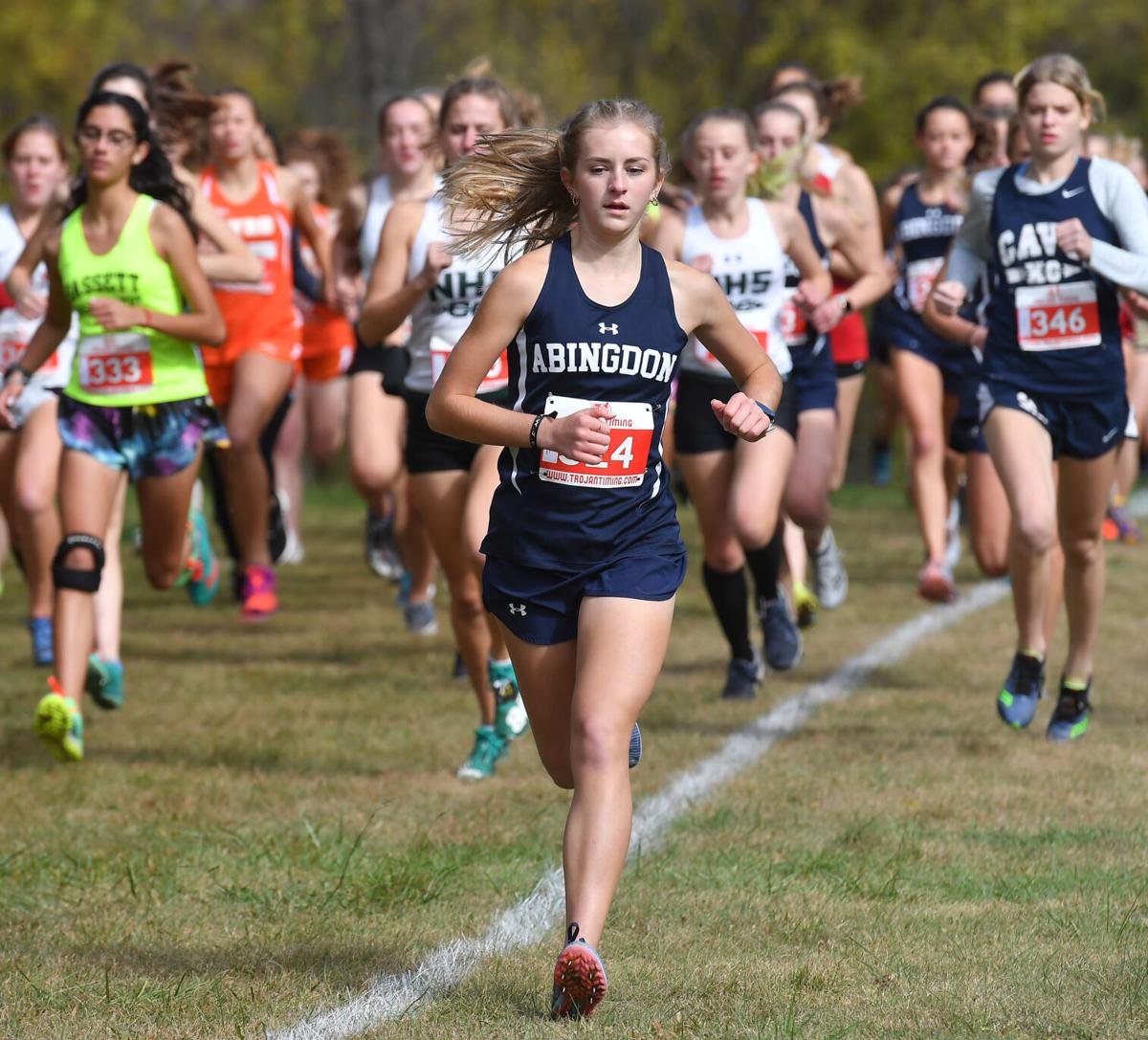 Abingdon's Makaleigh Jessee took the lead from the beginning of the race and went on to win the girls Region 3D Championship. The Abingdon girls also won the girls team championship.

The person in the car with Newton was longtime AHS cross country coach Don Cumbow.

“We talked about what we saw for the program and about our goals,” Newton said.

At the time, AHS had a promising running group of girls and boys in middle school.

“Don and I could see the potential there,” Newton said.

That potential was realized last Wednesday at Sugar Hollow Park as Abingdon captured the Region 3D girls and boys team titles. It was the first regional sweep for Abingdon since 2005.

“This is a special day,” Newton said. “It’s bittersweet that Don is not physically here with us, but family still comes to our meets, and they are very supportive.”

“We all miss him,” Newton said.

The Abingdon boys earned a team of 26 points, with traditional power Christiansburg next at 65.

There were two familiar faces at the front with Abingdon senior Isaac Thiessen winning in a time of 15:26.10 and AHS senior Dylan Phillips next in line at 15:51.30.

Phillips and Thiessen are the only seniors in the AHS program.

“Dylan and I have trained together every day for the past eight years, and we’ve been talking about accomplishing this feat for about three years,” Thiessen said.

Phillips grabbed the lead early, but Thiessen gained the advantage on the second loop of the hilly course and then charged to a personal course record.

“I just try to push at whatever course we run,” Thiessen said. “This was a great day for our team, and my mind is on a state championship now.”

Thiessen, who has drawn recruiting interest from the likes of Virginia and Tennessee, finished sixth at last season’s state meet.

“This is my last shot,” Thiessen said. “I’m a little nervous but excited and confident.”

In the girls’ event, Abingdon junior Makaleigh Jessee added to the fun for the Falcons by winning in a time of 18:16.20.

Jessee said she smashed her personal record for Sugar Hollow by 15 seconds.

“It was definitely a good day for me,” Jessee said.

Jessee took the lead before the first mile and then glided to win over Cave Spring senior Jessica Palisca, who ran 18:49.40.

“I always start out pretty quick and kind of settle in from there. Then I really push it on the hill,” Jessee said. “We train on this course a lot, and we’ve raced here a couple times this season, so I felt really good coming in.”

AHS posted a team score of 51, with Christiansburg next at 82.

“We’ve all had this day circled on the calendar,” Newton said. “Makaleigh has advanced to the state meet the past three years, while Dylan and Isaac have made multiple trips. They were all ready to bring their teammates with them this season.”

Newton, who has served as the AHS head coach the past three years, is also enjoying the ride. Newton began serving as an assistant under Cumbow in 2011.

“Don and I both saw this coming down the pike,” Newton said. “The kids remained focused and committed, and we made it happen.”

MLB lockout: What you need to know

The Abingdon boys cross country team started fast and never let up in winning the Region 3D championship on Wednesday at Sugar Hollow Park in Bristol.

Abingdon's Makaleigh Jessee took the lead from the beginning of the race and went on to win the girls Region 3D Championship. The Abingdon girls also won the girls team championship.