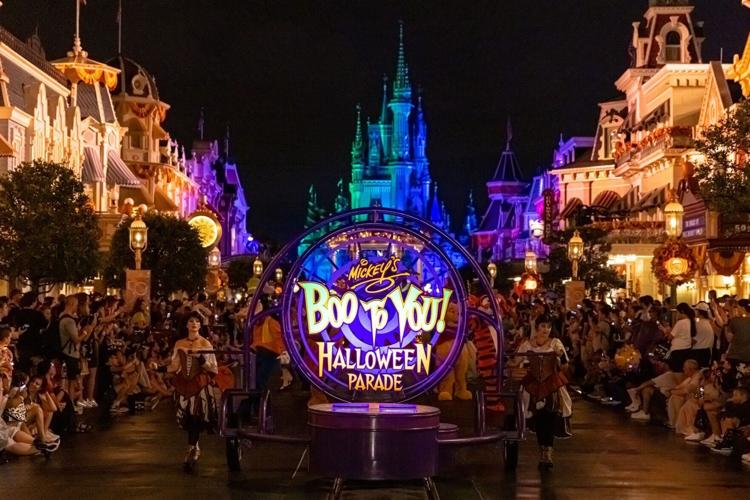 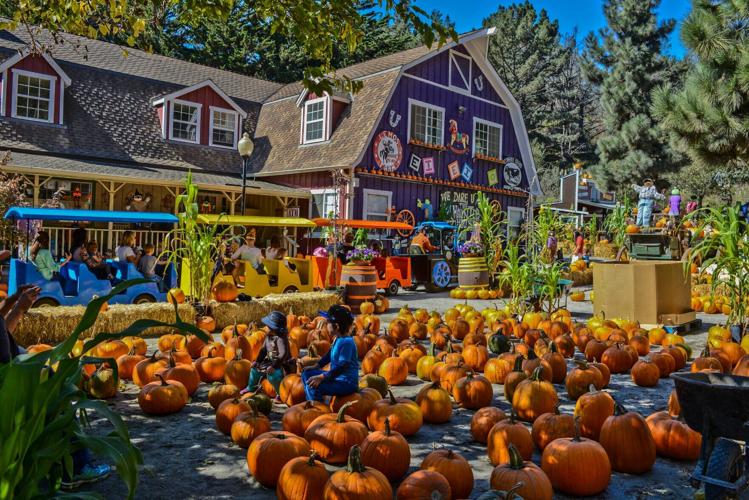 Pumpkins at Half Moon Bay. 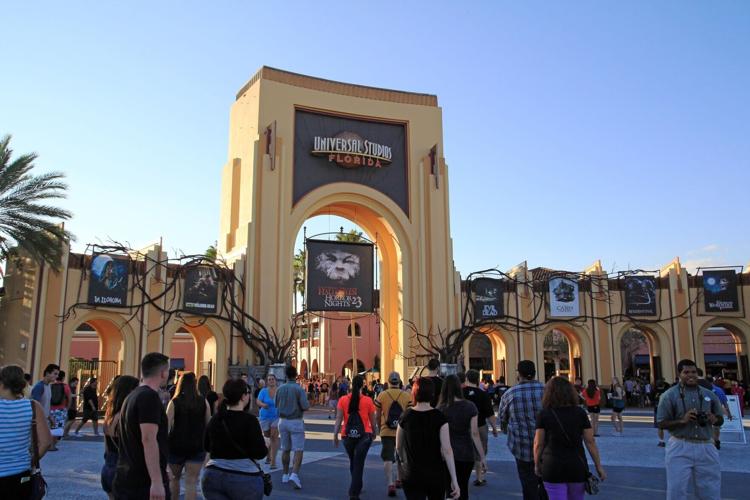 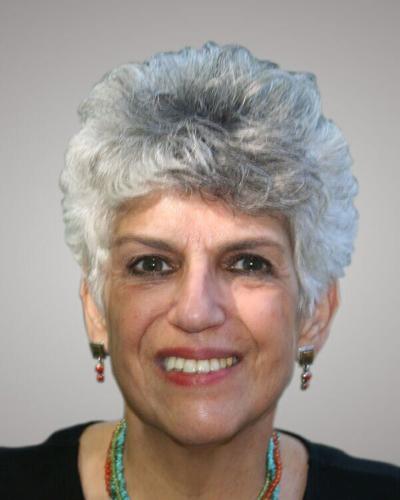 Got your Halloween costumes ready?

Sure there’s more than a month to Halloween but you can start celebrating now whether you want to stay in haunted digs, get scared out of your wits at a theme park (there are plenty of not-so-scary doings for younger kids), pick your own pumpkin or simply indulge in pumpkin and other seasonal treats. (Pumpkin ravioli, maybe?)

According to America Haunts, a group of some of the most successful and well-known Halloween Haunted Houses in the world, there are over 1,200 haunted attractions charging admission in the country with some 300 amusement parks and fun centers offering Halloween events. No wonder Halloween is now the second-largest commercial holiday in the country. America Haunts reports that their research indicates people enjoy being scared in a safe environment and will pay for the experience. Just don’t force kids who are reluctant or too young.

There are also lots of upcoming festivities for celebrating Dia de los Muertos, Nov 1 to 2. Translated literally as “Day of the Dead,” it’s a Mexican tradition in which families honor departed loved ones, sharing the joys of life with them as their memories live on. Outside of Mexico, San Antonio, Texas’ Day of the Dead/El Dia de los Muertos is the largest celebration with more than 20 events, including a RiverWalk Parade, during October and November.

You will find Day of the Dead exhibits at museums like the International Folk Art Museum in Santa Fe, New Mexico, (make sugar skulls and eat traditional treats on Oct. 30!); at Hollywood Forever Cemetery in Los Angeles, complete with thousands of costumed attendees; at the National Museum of Mexican Art in Chicago; in San Diego’s Old Town, and at the All-Souls Procession in Tucson, Arizona.

How about a display of more than 7,000 illuminated Jack O’Lanterns? You can see them through Nov. 20 at The Great Jack O’Lantern Blaze: Hudson Valley just north of New York City in Croton-on-Hudson. The pumpkins are all hand-carved on site. There’s synchronized lighting, an original soundtrack and even glowing bees. All proceeds support a local nonprofit education organization.

In Dallas, Autumn at the Arboretum is a much-loved fall tradition ongoing until Oct. 31 with 100,000 pumpkins, gourds and squash. This year’s theme, “A Fall Fairy Tale,” features themed pumpkin houses in a Pumpkin Village, a maze and displays of gourds that re-imagine classic tales like Jack & the Beanstalk and The Three Little Pigs. You can also pick out your own pumpkins in the pumpkin patch.

In case you are wondering, Illinois harvests the largest share of pumpkins, followed by Texas, California, Indiana and Pennsylvania, according to the U.S. Department of Agriculture. You will find pumpkin patches across the country, from Cherry Crest Adventure Farm in Ronks, Pennsylvania (there’s also a corn maze!) to Eckert’s Farms in Belleville, Illinois (check out the fresh donuts and new cider shed) to Arata Pumpkin Farm in Half Moon Bay, California, known for its big Art & Pumpkin Festival in October. (Check out PumpkinPatchesandMore.org to search for pumpkin farms, Halloween festivals and events across the country.)

Enjoy Boo at the Zoo events everywhere from the Denver Zoo to the San Diego Zoo, Philadelphia Zoo, San Antonio Zoo, Little Rock Zoo, the Lincoln Park Zoo in Chicago, the Roger Williams Zoo in Providence, Rhode Island, and the North Carolina Zoo in Asheboro, among others. Search for a zoo or aquarium near you with the Association of Zoos and Aquariums website. Book your reservations in advance so you aren’t disappointed!

If witches are your thing, All October, Salem, Massachusetts, “Witch City,” celebrates the 40th anniversary of Haunted Happenings with costume parties, magic shows, movie nights, ghost tours and a Zombiewalk on Oct. 1 for all ages. The Salem witch trials occurred between 1692 and 1693 when more than 200 people were accused of practicing witchcraft and 20 were executed. Eventually, colonial Massachusetts admitted the trials were a mistake and families of those convicted were compensated.

Vicksburg, Mississippi's "Most Haunted House" is an authentic, pre-Civil War home lavishly furnished with antiques and haunted by at least 14 ghosts. And there are haunted hotels (The Stanley Hotel in Estes Park, Colorado, served as the inspiration for Stephen King’s novel “The Shining.” The hotel is said to be haunted by the ghost of Flora Stanley, wife of the original owner). There is even a haunted state park. Camp Helen State Park in Panama City Beach, Florida, is reportedly home to three ghosts, including a young, murdered slave girl and a little boy who drowned. Even Providence City Hall in Rhode Island is said to be haunted, according to HauntedPlaces.org.

If you prefer guaranteed thrills and chills, there’s plenty at theme parks, including Halloween Horror Nights at Universal Orlando Resort and Universal Studios Hollywood (haunted houses, scare zones and more!), Howl-O-Scream at Busch Gardens Tampa Bay and Williamsburg, Virginia, and SeaWorld parks (Ready for sinister shows and frights at every corner of the parks?)

Younger kids will love Brick-or-Treat at LEGOLAND Florida, California and New York (join the monster party!). The Count’s Halloween Spooktacular at Sesame Place in Pennsylvania is always a hit as is family-friendly Knott’s Spooky Farm at Knott’s Berry Farm in Southern California which transforms into Scary Farm on select nights.

Also in southern California, Disneyland hosts Halloween Time at the Disneyland Resort with Main Street Pumpkin Festival, a Halloween Screams “ evening spell-ebration” and a Halloween makeover of the Haunted Mansion. At Walt Disney World in Florida, the popular after-hours Mickey’s Not-So-Scary Halloween Party is back.

(For more Taking the Kids, visit www.takingthekids.com and also follow TakingTheKids on Twitter, Facebook and Instagram where Eileen Ogintz welcomes your questions and comments. The Kid’s Guide to Philadelphia and The Kid’s Guide to Camping are the latest in a series of 14 books for kid travelers published by Eileen.)

Recovering from lack of sleep takes longer than you think

Recovering from lack of sleep takes longer than you think

Go away with ... Natalie Zea

“(In)  2021, I lived in the single most locked down city in the world – Melbourne, Australia,” said Natalie Zea, who stars in the NBC series “La Brea.” “Not only were we not able to legally travel outside the city limits, but we were restricted to being in our homes for all but two hours a day. That experience made myself and my family even more determined to see as much of Australia as we could once the lockdown lifted. This time around, we’ve made sure to take advantage of long weekends and plan short road trips in and around Victoria or even the occasional day trip.” Zea splits her time between Melbourne and Los Angeles.

If you’re looking to cut costs on vacation, opting to cook in your hotel room versus going out to eat might seem like a logical move. But to cook inside…

Pumpkins at Half Moon Bay.