As a massive investment to repair roads and adapt to climate change faces an uncertain fate in Congress, a report finds much of the country's infrastructure is already at risk of being shut down by flooding. And as the planet heats up, the threat is expected to grow.

Today, one in four pieces of all critical infrastructure in the U.S., including police and fire stations, hospitals, airports and wastewater treatment facilities, face substantial risk of being rendered inoperable by flooding, according to a report released by the First Street Foundation, a nonprofit research and technology group that assesses the threat posed by flooding across the country.

The report also found nearly 2 million miles of road — 23% of U.S. roadways — are already at risk of becoming impassable due to flooding.

To provide what First Street says is the fullest picture to date of community-level flood vulnerability, the researchers examined five categories across the Lower 48 and the District of Columbia: Critical infrastructure; social infrastructure, including museums, government buildings and schools; roads; commercial properties; and residential properties.

The report used estimates of operational flood risk from official governing bodies to determine the amount of inundation it would take to knock different types of facilities or services offline. The researchers then overlaid the kinds of flood events that can be expected in an area at least once every two years to gauge community risk.

First Street's past reports have focused on the unknown risk of flooding faced by US homeowners and the inadequate flood insurance coverage many of them have or, often, don't have. Experts say comprehensive assessments like the new report are critical as the country weighs how to adapt to a climate-altered future.

"Even if your home is safe and secure from a specific intensity of flooding, if flooding is becoming more common and destructive in your community, your property value may be threatened too," said Hamed Moftakhari, an assistant professor of environmental engineering at the University of Alabama, who was not involved with the First Street report.

Where flood risk is greatest today

If there is a ground zero for flood danger in the U.S., it is Louisiana.

The state is home to six of the top 20 most at-risk counties in the country. Cameron Parish in southwest Louisiana is the most vulnerable county in the U.S., followed closely by Orleans Parish, which includes New Orleans.

"It's going to have to continually be updated as the environment changes in the future," Porter said. "The infrastructure that's in place today isn't going to protect New Orleans in five, 10, 15 years. That's only going to get worse as sea level rises, as storms not only become more frequent but become stronger."

In both Cameron and Orleans Parish, the report finds more than 94% of all critical infrastructure — including police and fire stations, which are critical to emergency response operations after disasters like hurricanes — are at risk of being knocked offline.

Florida is also home to some of the most flood-prone counties in the country, but flood risk isn't confined to coastal areas. Many areas in Appalachia, like McDowell County in West Virginia and Johnson County in Kentucky, are also among the most at-risk because of the growing threat of heavy rain, the First Street researchers said.

As the planet warms due to human-caused climate change, a warmer atmosphere can hold more water, which makes extreme rainfall events dumping massive amounts of water in short periods of time more likely.

Flooding is already the most common and costly disaster in the U.S., according to congressional testimony this year from FEMA deputy associate administrator David Maurstad.

"Because of the impacts of climate change, there are communities across the U.S. that are going to have tough decisions in the years to come because of sea level rise and intensity of storms," Maurstad told CNN. "It's not just the coast of Louisiana."

Get the daily forecast and severe weather alerts in your inbox!

Wytheville's evening forecast: A few clouds overnight. Low 44F. Winds W at 10 to 20 mph. Wytheville people will see temperatures in the 60s to…

For the drive home in Wytheville: A few clouds. Low near 45F. Winds light and variable. Wytheville people will see temperatures in the 60s tom…

Temperatures in the 60s are expected for the Wytheville area. It should reach a mild 64 degrees. Expect a drastic drop in temperatures though,…

Temperatures in the 60s are expected for the Wytheville area. It looks to reach a pleasant 64 degrees. Today's forecasted low temperature is 4…

Wytheville temperatures will reach the 50's today. It looks like it will be a brisk 54 degrees. 45 degrees is today's low. We'll see sunshine …

For the drive home in Wytheville: Partly cloudy. Low 46F. Winds WSW at 5 to 10 mph. Wytheville folks should see highs in the 50's tomorrow. Th…

Today's highs will be in the 50's. It looks like it will be a chilly 59 degrees. Today's forecasted low temperature is 41 degrees. We'll see s… 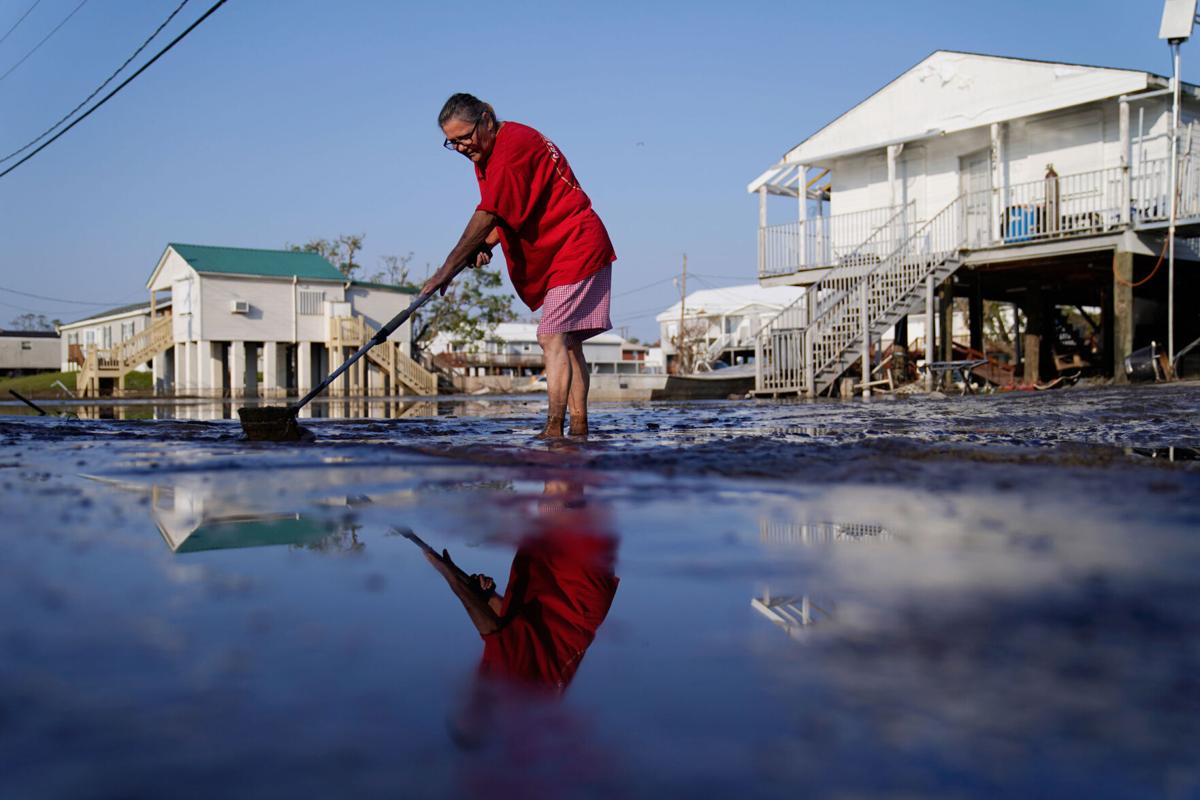 Cindy Rojas cleans mud and floodwater from her driveway in Lafitte, Louisiana, in the aftermath of Hurricane Ida in September. 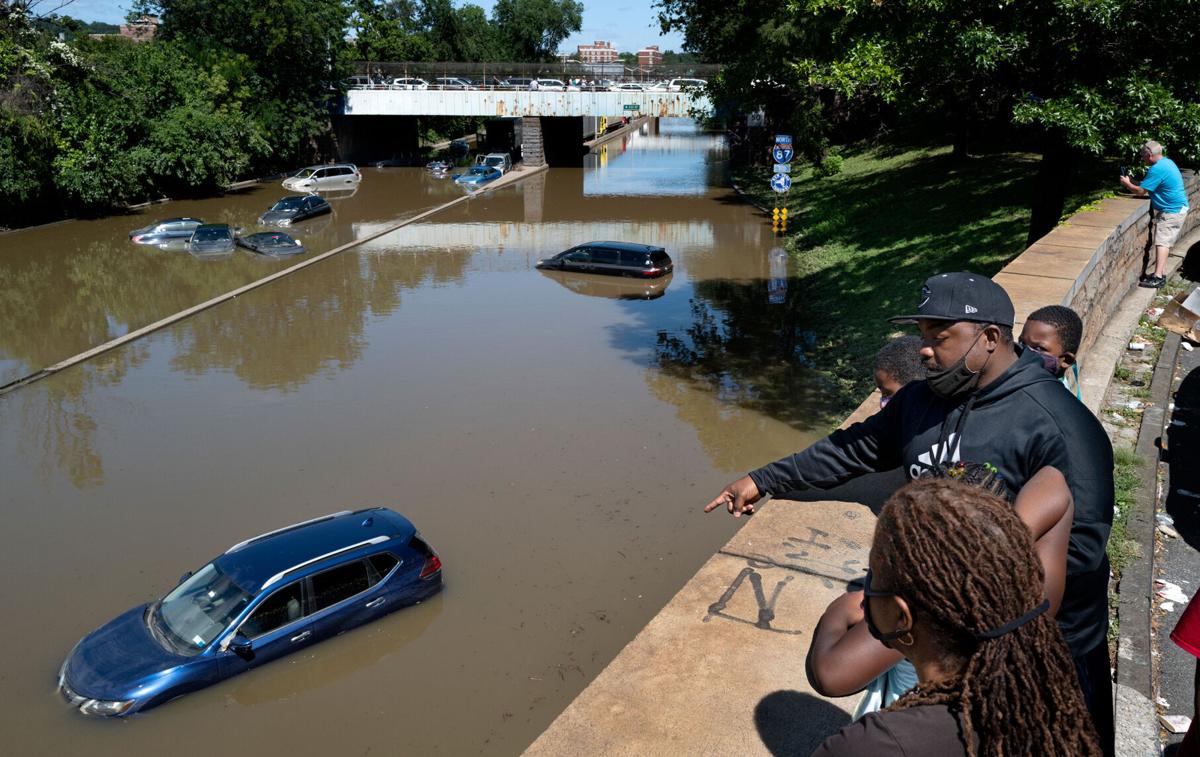 Vehicles were submerged in flooding in the Bronx after the remnants of Hurricane Ida put large swaths of New York City under water in early September.