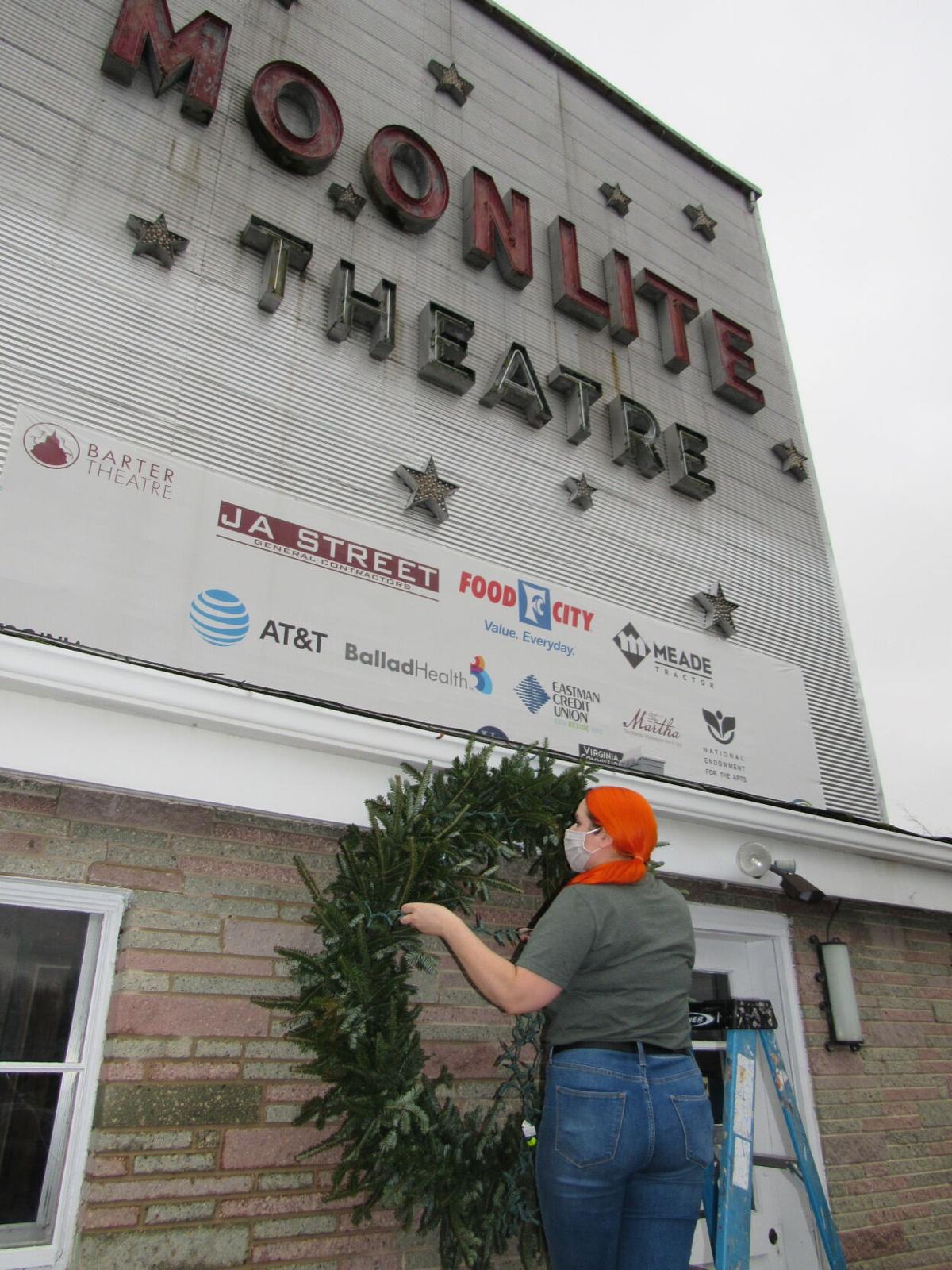 Barter Theatre will stage “A Christmas Carol” and “Frosty: A Musical” starting Nov. 20 and Nov. 27. 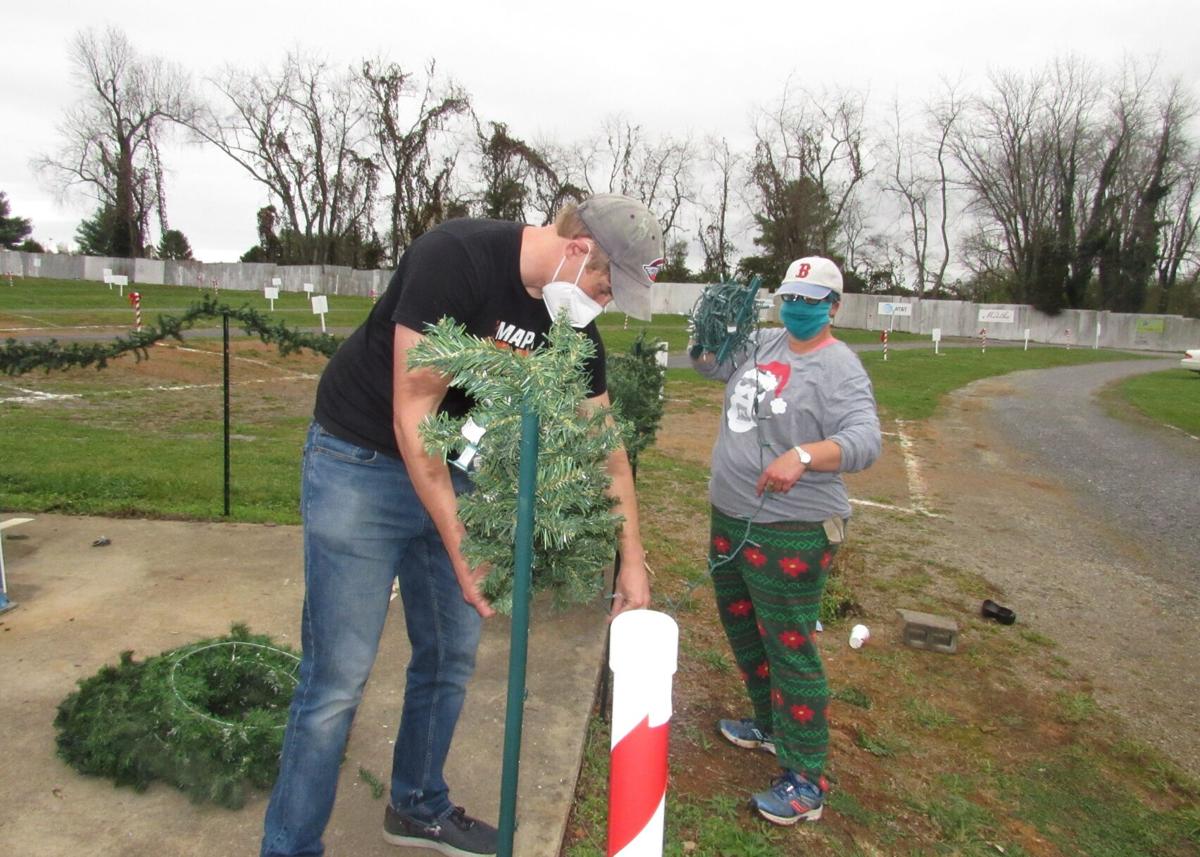 Workers from Greenville Theatre in South Carolina joined with Barter Theatre staff to decorate the Moonlite Drive-In for the holidays. 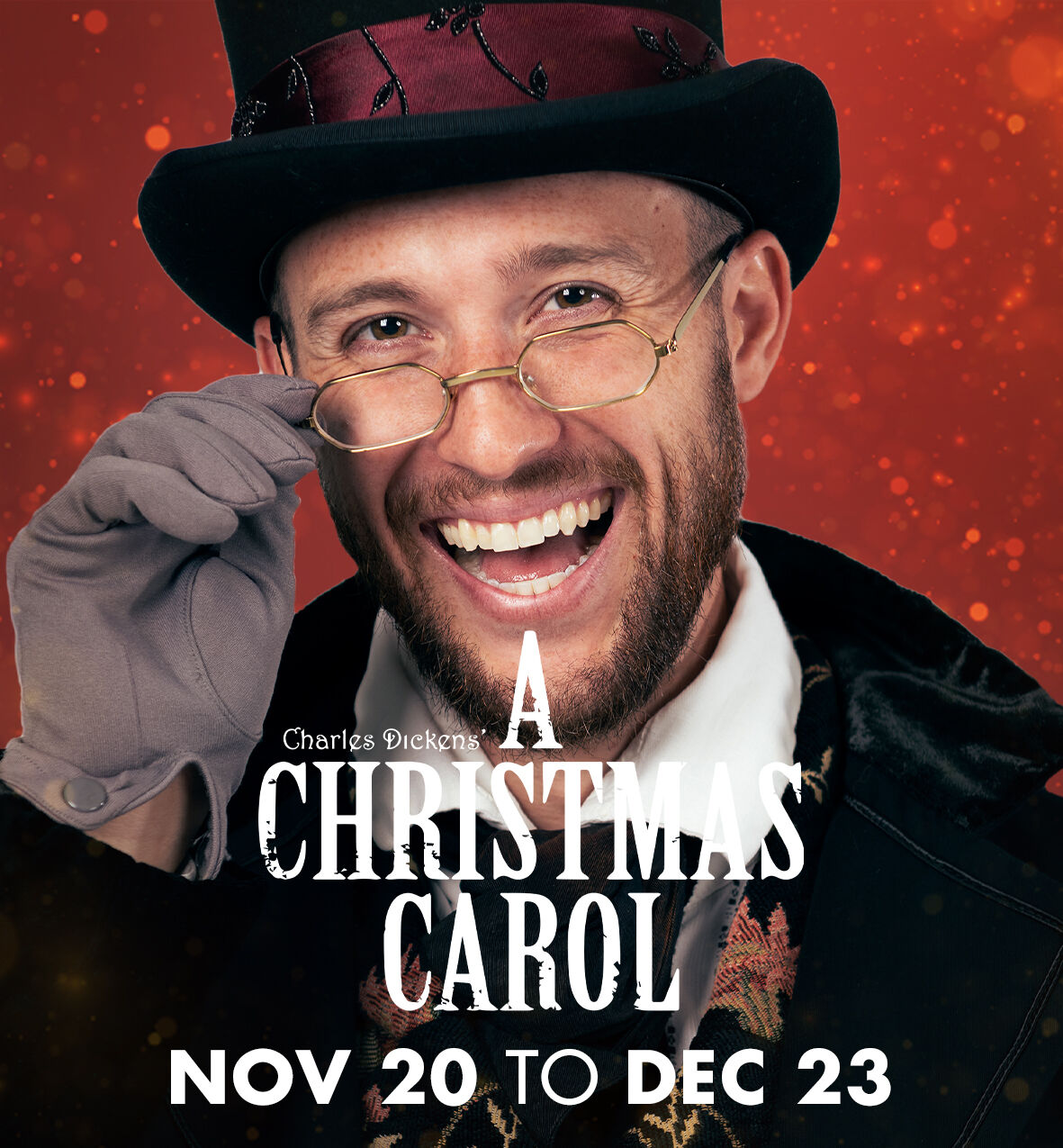 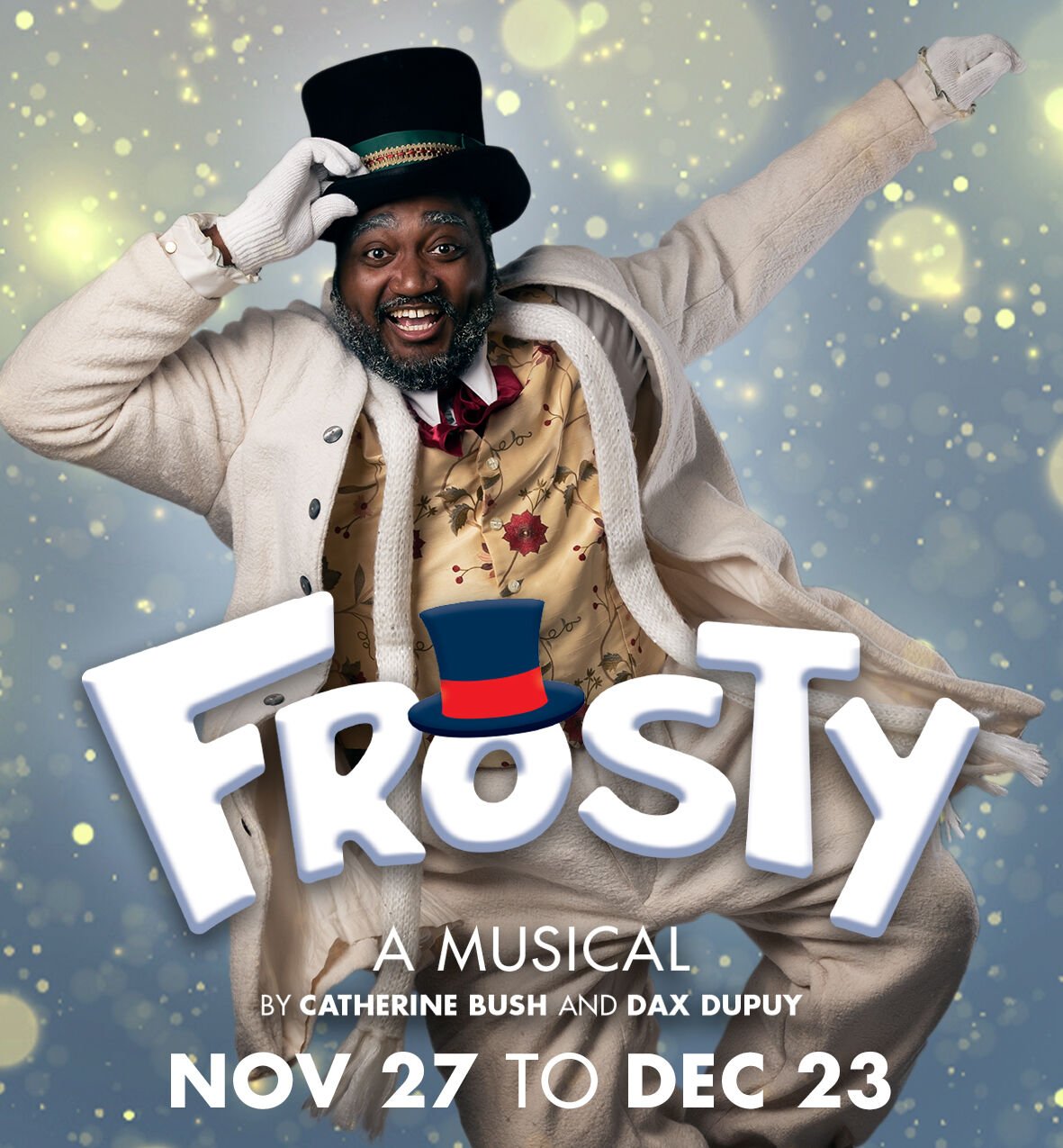 ABINGDON, Va. — It’s beginning to look a lot like Christmas at the Moonlite Drive-In.

Red ribbons and bows accompanied by wreaths and trees wrapped in twinkling lights are giving the historic outdoor theater a festive look this season.

Staff from the Barter Theatre, along with their friends from the Greenville Theatre in Greenville, South Carolina, spent last week bringing a holiday flavor to the Abingdon theater — just in time for their upcoming productions of “A Christmas Carol” and “Frosty,” starting Nov. 20.

Allen McCalla, artistic director at the Greenville theater, said he and his staff were glad to help their theater friends in Abingdon decorate, especially since their own indoor theater is closed until further notice due to the pandemic.

Proposing an ingenious idea, the Barter Theatre teamed up with the Moonlite Drive-In back in July after COVID-19 restrictions also left the downtown Abingdon theater stages dark.

“We realize that a lot of kids and their families will be experiencing a not-so-normal Christmas this year because of concerns due to the pandemic,” said Ross Egan, managing director at the Barter Theatre. “We hope to engage with the community and bring some normalcy to their lives. We want to bring Christmas to the Moonlite where they can enjoy the shows from the warmth and comfort of their cars and feel the magic of the holidays surrounding them.”

Santa Claus will greet visitors from a distance, waving at the children in their cars upon arrival. Wolf Hills Coffee will be available with hot drinks during the productions.

“It’s so charming to be out in the midst of decorations while getting to enjoy Christmas shows,” said Katy Brown, producing artistic director.

Actors will utilize two different sets for the productions.

According to Brown, the set for “A Christmas Carol,” resembles the early 1800s in London. The set flips over and opens like a book to reveal a magical version of New York City for the production of “Frosty.”

“So, we’ll have two different cities onstage depending on which show you’re watching. We’re doing double features for people who want to see both productions on our stage on the same nights.”

According to her, “A Christmas Carol” is a brand-new adaptation that is closely based on the story and directed by John Hardy, a Barter favorite.

“Scrooge ordinarily is portrayed in his different ages by lots of different actors, but in this production you get to watch the same person transform into all of the different ages throughout the play,” explained Brown.

Their production of “Frosty” was written for the Barter Theatre and has been performed on tours as far away as Chicago and into Canada.

The play follows the story of a little boy who comes to New York for the very first time to build a snowman. The beloved character, Frosty, comes to life on the stage.

“It’s a fantastic story with singing and dancing,” she said.

“The Moonlite is going to be an incredible place to make memories with your family this Christmas.”

While most theaters across the country have shut down due to the pandemic, Barter Theatre has reinvented itself during the storm.

Egan said the Barter Theatre is the only theater he knows of that is running this kind of programming on a consistent basis with great results.

There has been a bright spot among the darkness of the pandemic, he said. The productions at the Moonlite are drawing a large number of people who have never attended a production at Barter Theatre.

“The Moonlite is an accessible, historical place where people feel comfortable visiting. We’ve seen patrons from 33 states since we began shows at the drive-in,” he said.

“There are a lot of theaters in major metropolitan areas that do not have the option of using an outdoor facility.

“They don’t have a vacant drive-in just down the highway to use.”

Carolyn R. Wilson is a freelance writer in Glade Spring, Virginia. Contact her at news@washconew.com.

The progressive rock music reverberates through Randy Smith. He hears the lyrics: “In and around the lake/Mountains come out of the sky and they stand there” as he navigates the curves leading to Hungry Mother. He feels like a kid waking up on Christmas morning.

ABINGDON, Va. — The Virginia State Police have identified a Glade Spring woman as the victim of a two-vehicle wreck that occurred Monday, Jan. 11, near Exit 19 of Interstate 81 in Abingdon.

ABINGDON, Va. — Ann McConnell didn’t seem to mind the brisk temperatures at the Abingdon Farmers Market last Saturday when she sold a fresh batch of sourdough bread to a steady stream of patrons, many of them her regular customers for years.

ABINGDON, Va. — With everyone stuck inside during the pandemic, an Abingdon stay-at-home mom has found a way to keep the family a central part of her daily life while also managing to bring in a few extra bucks.

Barter Theatre will stage “A Christmas Carol” and “Frosty: A Musical” starting Nov. 20 and Nov. 27.

Workers from Greenville Theatre in South Carolina joined with Barter Theatre staff to decorate the Moonlite Drive-In for the holidays.