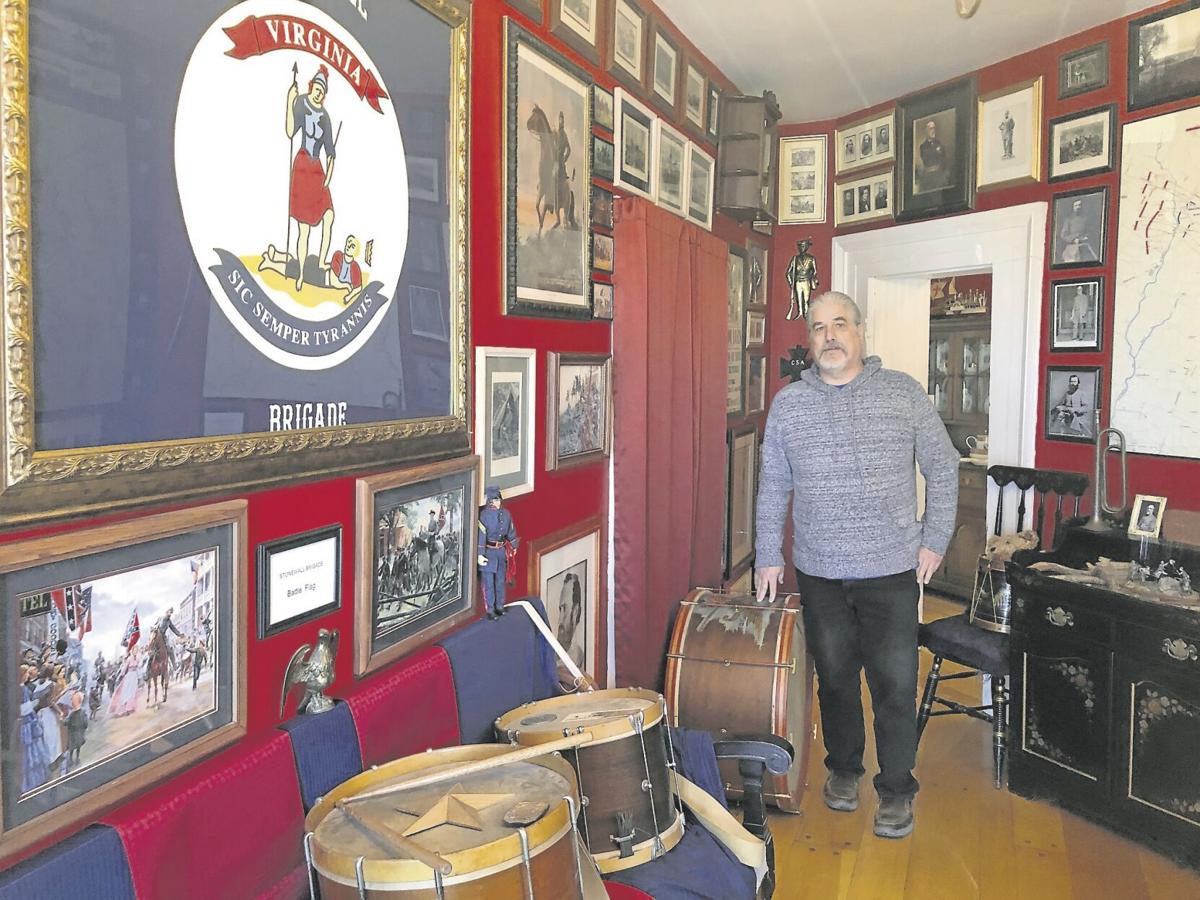 John Cushman is opening up his 60-year American history/Civil War collection to the public. 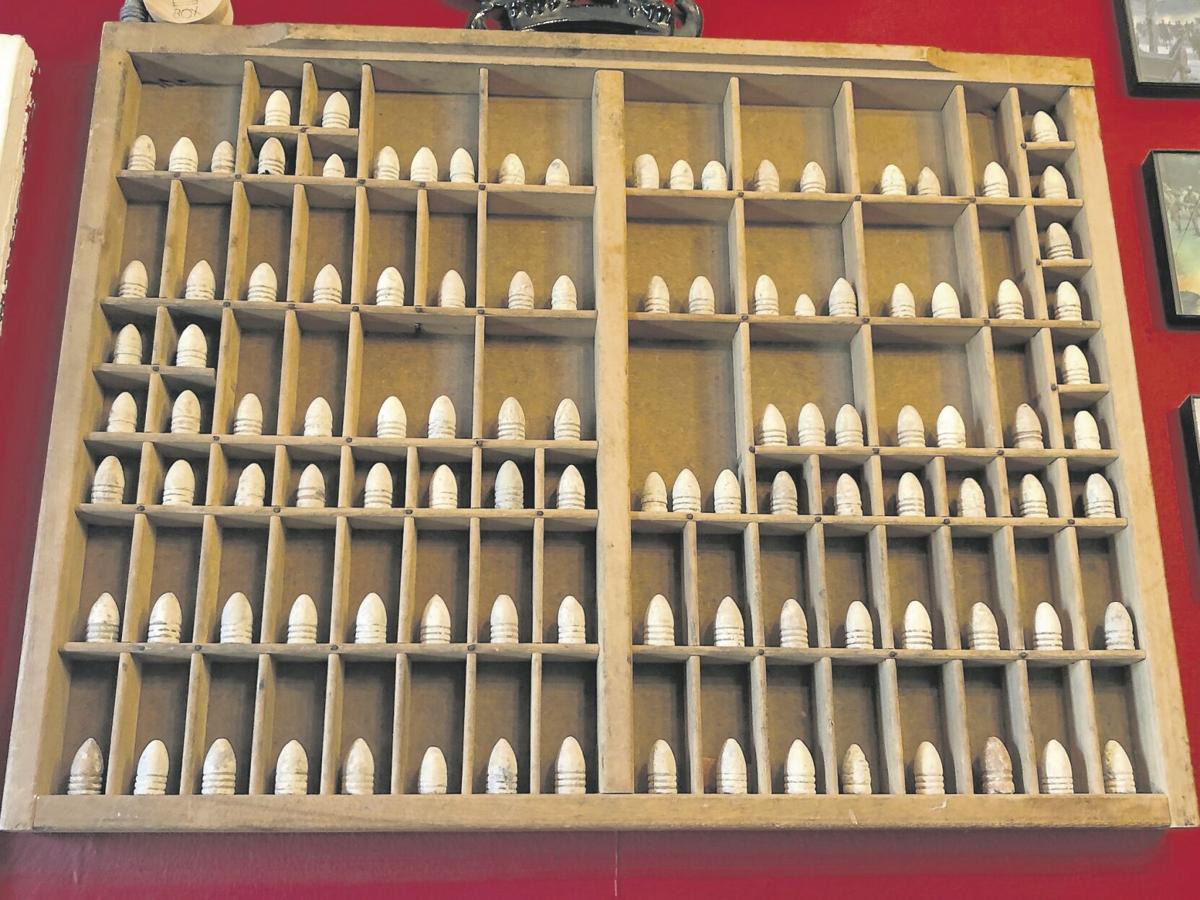 These Civil War bullets were found in Gettysburg, Pennsylvania. 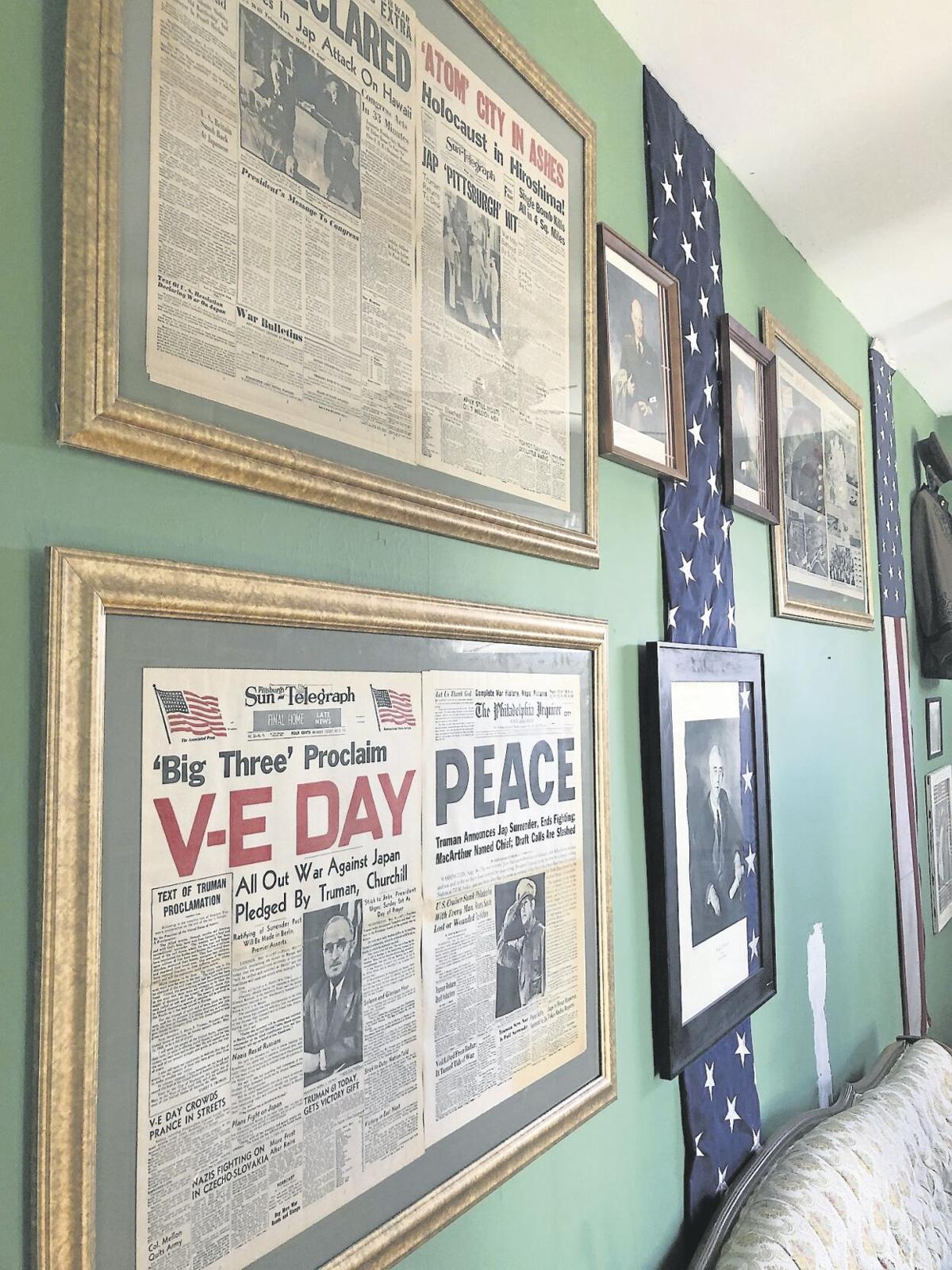 In addition to items from the Civil War and Revolutionary War, the museum contains artifacts from World War II.

John Cushman has been collecting Civil War/American history memorabilia since he was 5 years old – six decades of amassing uniforms, weapons, photos, flags, drums and so much more that it fills room after room after room. And, now, he plans to share it all with the public.

Cushman and his wife, Deborah, are opening The 1870 Octagon Mansion Gallery and Museum in the coming weeks. The mansion is located at 585 Main St. in Wytheville. Over the past two years, the Cushmans have been renovating the 8,800-square-foot home and working to display John’s collection, which is so extensive it had to be hauled from his former home in Oregon to Wytheville in a semi-truck.

The Cushmans met in 2017 when John walked to raise money for the American Diabetes Association. Along the way, he walked through Wytheville and discovered the massive Main Street mansion with an expansive round porch. After they married, the couple eventually settled in town. After contacting the building’s owner, they came to an agreement and the Cushmans started “Dinner with a Ghost,” a fine dining event held several times a year that includes a paranormal investigation.

Cushman’s goal was to add the museum so he could display his collection. The home now combines two of his passions: history and the paranormal. Much of the displayed items concern the Civil War, but there are other items that deal with different eras of American history, including the Revolutionary War, and both world wars.

He said his love of the past can be traced back to his history buff mother.

“I was always interested in Washington and Lincoln,” he wrote in an email. “Some of my first articles were cannons, small items from historic places that we traveled … As my mother before me, I taught, traveled with my seven children, teaching them about history and the importance of passing it on to the next generation.”

Throughout the home, the walls are covered with everything from photos and flags to maps and newspapers. Some of Cushman’s favorite pieces include a uniform worn by a colonel on President Abraham Lincoln’s staff. He said he’s also fond of the Civil War band uniforms, newspaper front pages dating back to the 1700s, cameras that showed the tragedy of war, and pictures and portraits that defined the times.

The collection has authentic Civil War guns, flags, books, photos, letters, signatures, furniture and swords. There is also a snippet of fabric from Lincoln’s burial covering. There are also several organs and three pianos, along with three large maps outlining Confederate and Union positions during the three-day Battle of Gettysburg – one map for each day.

Cushman enjoyed participating in Gettysburg re-enactments for 34 years, he said. In the museum is a diorama Cushman made of the battle.

Also in the collection are drums used during the Civil War, Spanish-American War and World War I; bullets from Gettysburg; a Civil War bugle; and flags flown at homes designating how man sons and fathers in the household were fighting in the Civil War; and a tintype photo of Abraham Lincoln with his family.

Inside the library, there is a 128-volume set of books that outlines every Civil War battle, telegram, order and more for both sides. There are also history books written as events happened, “not sugar-coated hundreds of years later,” Cushman said.

The Uniform Room houses two British uniforms from the Revolutionary War, a British drummer boy uniform, and Civil War uniforms for both Union and Confederate soldiers.

Cushman said he’s always dreamed of displaying his collection, and now he can do that and also help preserve the octagon mansion.

“The house needed saving,” he said.

The Cushmans hope to open the museum up to individuals and tour groups within in the coming weeks. They said people have been calling “right and left” wanting to tour the museum and, when possible, they give them a tour. The couple has not decided on an admission price. Profits from museum tours will be used to help restore and preserve the mansion.

About the Octagon Mansion:

According to Cushman, Dr. Henry Quincy Adams Bowyer purchased a lot on West Main Street in 1866 and began construction of the unusual house by 1870. He then sold the uncompleted house to the Rev. Dexter A. Snow in 1784. Snow was a minister at the nearby Wytheville Christian Church. Snow rented the house to his business associate, George F. Crush in 1880. The house is a rare example of the Octagon Mode of construction championed by New York architectural theorist Orson S. Fowler, beginning in the mid-1800s. The curious diagonal passage in the house may be an adaptation of a cellar room arrangement devised by Fowler. James Lucian Gleaves added side wings to the house in 1890. The apartment complex behind the house was once the mansion’s carriage house.

John Cushman is opening up his 60-year American history/Civil War collection to the public.

These Civil War bullets were found in Gettysburg, Pennsylvania.

In addition to items from the Civil War and Revolutionary War, the museum contains artifacts from World War II.