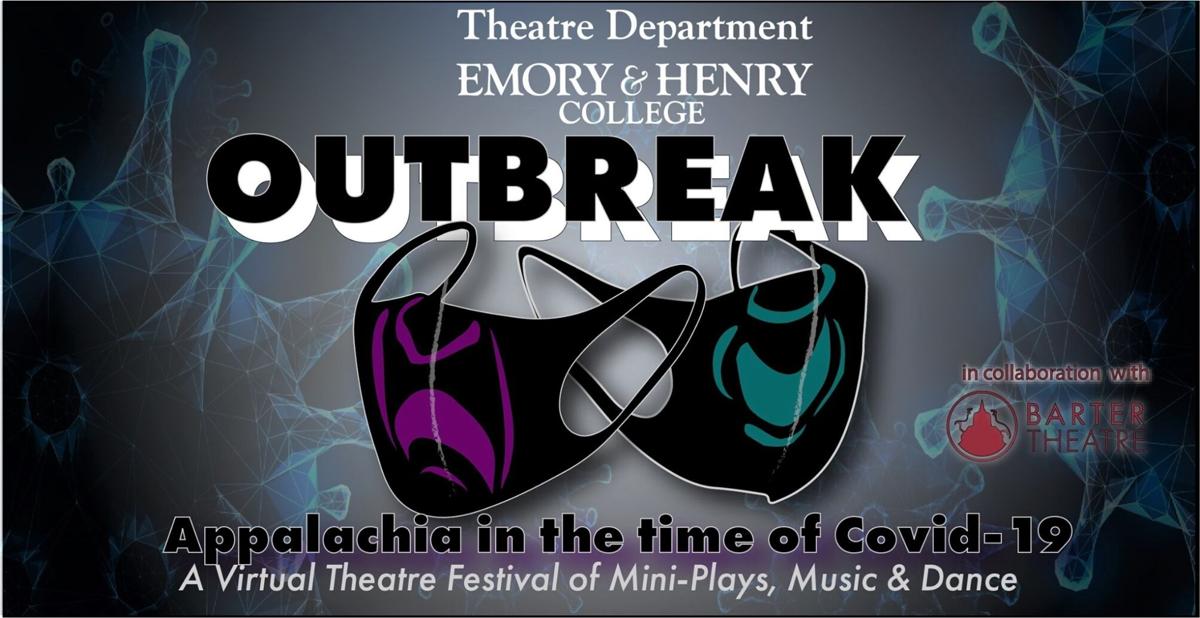 Emory & Henry College is collaborating with Barter Theatre to perform several commissioned pieces about the pandemic's effects on the region. 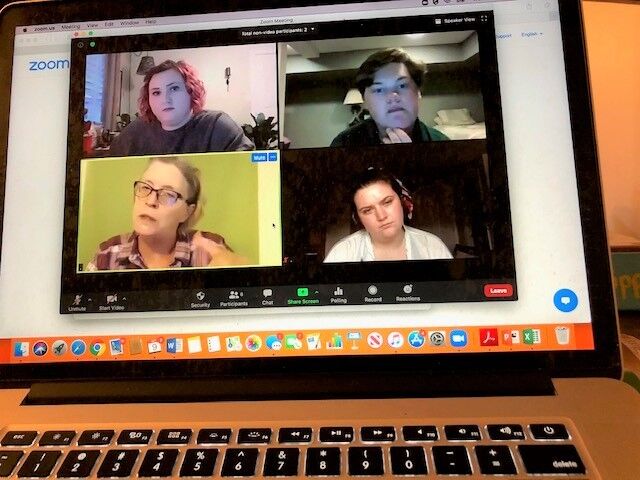 “Some pieces are 100% virtual,” Emory & Henry Theatre Department Chair Kelly Bremner said. “Our second play is written as a phone call. We recorded it using Zoom, and the actors were never in the same room with one another.”

EMORY, Va. — The theater shops that used to bustle with students are now a lot quieter at Emory & Henry College.

The students are still at work — but in smaller groups, masked and spread out.

The pandemic is changing the way live theater reaches audiences this fall, and the college scene is no exception.

“But theater is alive and well at Emory & Henry,” said Kelly Bremner, chair of the E&H Theatre Department.

The college’s theater students and professionals in the community are creating new, short works in a virtual world that’s replacing — at least temporarily — the traditional stage.

In collaboration with Barter Theatre, the Emory & Henry Theatre Department will present eight short pieces that will be introduced on Facebook, with the first production already posted for viewing.

The works will focus on the stories emerging from the region during the COVID-19 pandemic.

The virtual series, called “Outbreak: Appalachia in the Time of COVID-19,” is being directed, designed and choreographed by E&H faculty and Barter Theatre professionals and performed by E&H students who are able to take part.

One newly recorded production will be released each week through Thanksgiving.

The eight- to 10-minute pieces focus on what the pandemic has been like for the past six months in “our little corner of the world,” she said.

“Through this project, our theater students get the benefit of working with multiple Barter professionals and faculty,” said Bremner.

“All mini productions are premieres,” she said. “We have five plays, one musical and two dance pieces.”

According to Bremner, the virtual project will give theater students the opportunity to be creative despite the limitations created by COVID-19.

“It also allows students to maximize this semester of their education to gain new skill sets specifically relevant to the contemporary theater while remaining nimble and creating great theater in the current situation.”

Bremner believes the pandemic will continue to change the way we experience the arts.

“I imagine we will see more and more digital aspects incorporated into productions and more innovations about what ‘theater’ even means and what spaces we see theater in,” she said. “Now that we have practiced this, I can imagine out-of-town directors, designers and actors doing more and more of their work virtually.”

The performances are being rehearsed and recorded using a variety of safe practices, including online technology.

“One play takes place on the Appalachian Trail,” said Bremner. “We are shooting it against a green screen on our main stage, using multiple cameras and laying in images of the trail.

“Some pieces are 100% virtual,” she said. “Our second play is written as a phone call. We recorded it using Zoom, and the actors were never in the same room with one another.”

Bremner explained that a prompt was sent to all eight artists who were commissioned for the project.

“We’re hearing all the stories from the big cities about what the pandemic has been like, but are we hearing from the folks from rural parts of the world?” Bremner asked.

Annalee Tull, associate professor in the college’s theater department, said that question got her thinking about her grandmother.

Tull, who choreographed one of the dance productions, came up with a concept based on the life of her grandmother, Ann Watts, who opened a dance studio in Bristol and Elizabethton during the 1950s.

Tull worked along with Barter resident choreographer Ashley Oliver-Campos for the production.

With extra time on her hands during the pandemic, Tull’s grandmother started going through belongings from her past that had been stashed in an attic and closets — memories that inspired Tull to tell her story.

“I started thinking about all the stories she’s told me throughout her lifetime,” said Tull.

“One memory is when she was preached against from the pulpits in Appalachian because people thought her opening a dance studio would lead youth astray. One preacher supported her by sending her a Bible, highlighted with every verse that talked about dancing. That’s the memory that’s represented in this piece.”

Tull’s production, which consists of all dancing and no words, starts out with a person dancing in her house as she locates some of her belongings from the past.

“Gradually, her memories start playing around in her head,” said Tull. “The production culminates with someone coming to visit her, and they must communicate through a window.”

All of the productions are connected to the pandemic in one way or another, said Bremner.

Among the plays to be presented is “Pandemic Party,” by Stacey Isom Campbell, which is the first production released last week from the series. Other pieces include plays written by Emory & Henry alumnus Pearl Moore, Derek Davidson, Silas House and Bianca X, as well as a musical written by John Haggarty and Catherine Bush.

Pearl Moore wrote about a brother and sister from a small town in North Carolina. The sister attends a Black Lives Matter protest and gets into trouble. Her brother is a local police officer handling the protest.

A ghost story written by Silas House was inspired by the number of mothers who must report to work because they are essential workers.

The series is being presented with support from the McGlothlin Center for the Arts and the Emory & Henry Theatre Department.

Visit “Emory & Henry Theatre Department” on Facebook page to view the weekly videos. Videos will remain on the page for later viewing.

Emory & Henry College is collaborating with Barter Theatre to perform several commissioned pieces about the pandemic's effects on the region.

“Some pieces are 100% virtual,” Emory & Henry Theatre Department Chair Kelly Bremner said. “Our second play is written as a phone call. We recorded it using Zoom, and the actors were never in the same room with one another.”