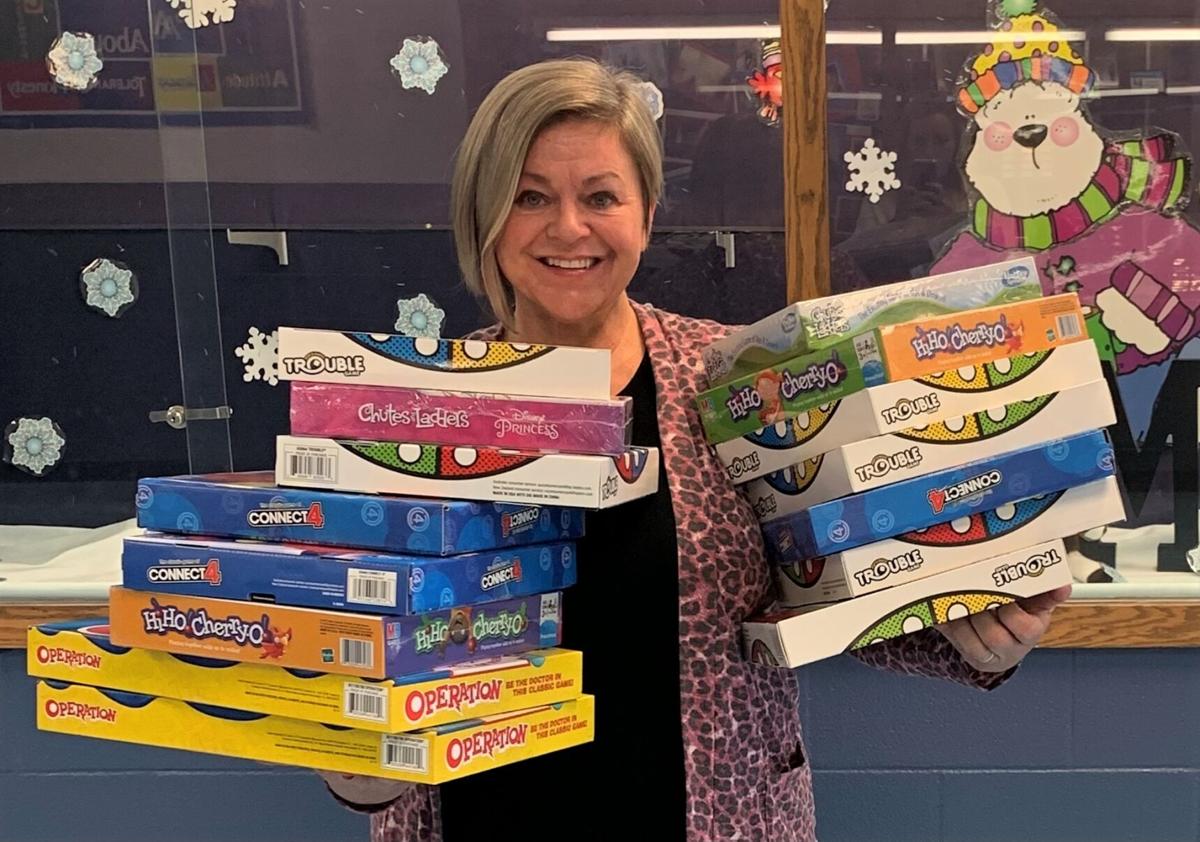 Victoria Sullins, a special education teacher at Meadowview Elementary, holds up several donated and newly purchased board games, which teachers hope to be able to give to every student in the school for the holidays. 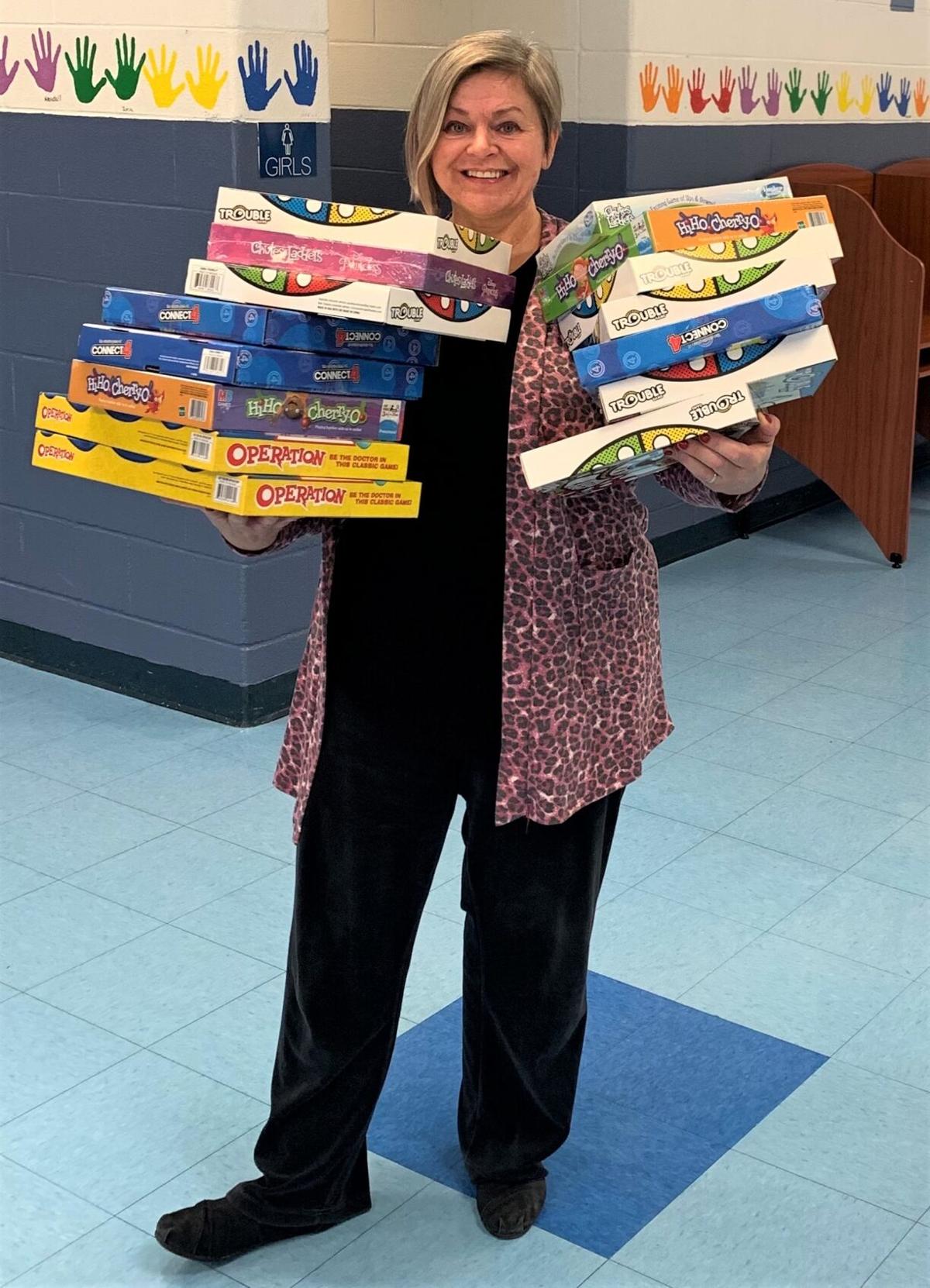 As much as $400 donated in the last week has allowed teachers to purchase 50 new games.

MEADOWVIEW, Va. — More than 500 students at a Washington County, Virginia, elementary school will have board games to put under their Christmas trees this holiday.

The gift-giving idea started when the school’s second grade teachers asked their Facebook friends to donate new board games for their students to take home for Christmas.

The project has gotten such an overwhelming response that every student in the school may get a board game for the holiday, according to special education teacher Victoria Sullins, who became involved in the project when she, along with teachers Nicky Buckley and Samantha Kiser, helped to share the Facebook messages.

“A simple request for board games on Facebook has snowballed into a project much bigger than ever anticipated,” said Sullins, who had an epiphany to extend the program to all students in every grade at the school. Organizers of the project said they will consider sharing the games with other schools in the county if there is a surplus.

Monetary donations for the use of purchasing new board games also have been pouring in, said Sullins. As much as $400 donated last week has allowed teachers to purchase about 50 new games.

“A friend I was in the Army with in the 1990s has sent me $50 for the project. Another friend from high school who lives in Arizona mailed several games to the school.”

While the teachers are limiting the project to only new board games, any gently used board games donated to the school will be sanitized and used in the classrooms. One of the most interesting games that has been donated is a Disney Princess version of Candyland.

Board games can be a big benefit to the development of young learners, Sullins said. People of all generations are fans of the games because of the fun and entertainment they bring.

“I’m so excited for our kids because I hope board games never go out of style. Kids don’t realize when they’re playing the games how good they are for their brains. They just think they’re having fun,” she said.

“Board games help students learn how to follow rules, take turns, and they learn to lose gracefully and win graciously. These are skills our children need to learn. These are skills that can’t be learned in front of a television or an electronic game, but they can be learned by playing Clue, Monopoly or Yahtzee.”

Teachers at the elementary school hope the project will become a tradition for the school every year.

New board games as well as monetary donations to purchase board games can be brought to Meadowview Elementary during school hours before Monday, Dec. 13.

For more information about the donations, write to Victoria Sullins at vsullins@wcs.k12.va.us.

Victoria Sullins, a special education teacher at Meadowview Elementary, holds up several donated and newly purchased board games, which teachers hope to be able to give to every student in the school for the holidays.

As much as $400 donated in the last week has allowed teachers to purchase 50 new games.